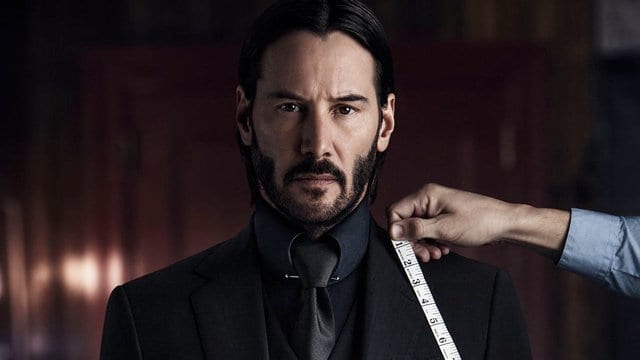 February has started to become a more coveted landing spot for studios to place their movies over the past few years.  Last year we saw the smashing success of the R-rated Deadpool, which performed well both critically and financially.  Thankfully, February 2017 also had a solid amount of good movies to wet our appetite for the blockbuster season that’s in front of us.  Without further ado, let’s dive into the three best movies of February.

Jordan Peele’s first attempt at directing a film was a solid success, making $33.4 million in its first weekend on only a $4.5 million budget while only receiving one rotten review on Rotten Tomatoes.  Although I felt the film devolved into some silliness in it’s third act, Get Out is full of fleshed out characters played by actors who give outstanding performances, allowing for the comedic and creepy beats of the film to play quite nicely.  A special shout out goes out to the lead of the film, Daniel Kaluuya, as his performance was topnotch.  We’ll definitely be seeing more of him very soon.  But Get Out is more than a minor success story.  This film has great implications for film moving forward as it is an original script with a solid discussion of race lying underneath the creepy surface level of the film.

*To read my full review of Get Out, please click here.

Keanu Reeves’ second go-around as the killer retiree who has once again come back into the world of assassins does what every movie of this nature should do: up the ante to devilishly good levels.  John Wick: Chapter 2 has all the crazy, grounded action we loved from the first film with some fun twists (my favorite scene includes John Wick, two henchmen, and a pencil).  Director Chad Stahelski does a solid job of expanding on the lore behind the assassin world that John Wick is wrapped up in without it becoming burdensome to the overall plot, making for a fun movie that sets up other movies but is still entertaining in its own right.  While the film doesn’t quite have the emotional punch of the first John Wick (thankfully, no puppies die this time around), the film is super rewatchable with its fast, kinetic feel.

Quite possibly the best DC movie since The Dark Knight, The Lego Batman Movie has all the fun, zany commotion that made The Lego Movie so beloved but applies it to arguably the world’s favorite superhero.  The Lego Batman Movie definitely pokes a lot of fun at the Caped Crusader, but the creative team behind the humor have an obvious love and understanding of Batman which leads to some surprising heart later in the film.  Every fan of DC will find some enjoyment in this film, because, although there’s insane block action everywhere, there’s a reference to practically every character that’s come in contact with Batman.  I could not be more excited for the next Lego movie since the first two have been so stellar.

*To read my full review of The Lego Batman Movie, please click here.

Thanks for reading!  What did you think of the list?  Was there any movies that you would have added to the list?  Comment below and let me know!

The UK has to wait till mid-March for Get Out but I’ve seen the others and they are great movies! I’ve only heard glowing reviews for Get Out so I’m super excited to check it out :)

It’s a lot of fun, you’ll enjoy yourself!

I only saw John Wick this month, so that’s all I can comment on.

I loved it, but I still prefer the first movie for its tighter more emotional story. I also thought the final showdown with Ruby Rose’s assassin was very anti-climactic. I get that John Wick is supposed to be legendary, but if they make him too invincible the character loses some appeal for me. If she had just gotten a few good slashes/stabs in before he killed her, I would have been much happier.

Totally agree! I wrote about that in my full review.

Still haven’t managed to see John Wick 2, but I have heard so any great things about it…really looking forward to it ?

If you enjoyed the first one you’ll have a great time!

Shame India is not even getting a release for GET OUT!

That sucks! How come?

No idea why. I checked everywhere on the internet. No sign of any plan to release it in India.

Maybe try getting on a plane? lol

Haha. Just checked, One website said 7 July. If I can’t wait that long, I am definitely getting on a plane. :-)