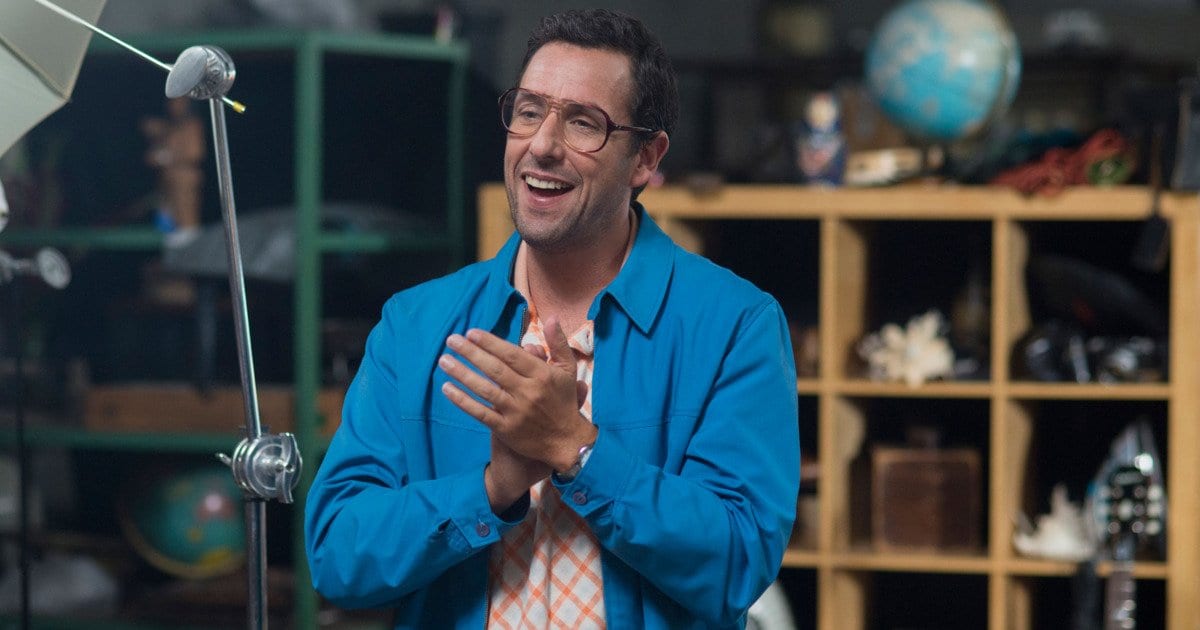 It’s fair to say that April 2017 was a lackluster month for film.  Although the bigger budget films didn’t necessarily tank, they couldn’t save April from the plethora of bad movies from which to choose.  If you feel like being happy, check out the best movies of April 2017.  If not, then you’re in the right place.  Here are the worst movies of April 2017:

Before I make fun of Adam Sandler (as is tradition by this point), I must acknowledge that Sandy Wexler is an actual film unlike Sandler’s past Netflix films such as The Ridiculous 6 and The Do-Over.  The film is surprisingly not cheap looking and actually has a three act structure with stakes and some type of heart.  While these points shouldn’t necessarily be a positive for a film, they add to a solid step forward for Sandler to resurrect his career.

That being said, Sandy Wexler still isn’t a good movie.  Adam Sandler shows brief moments of past lunacy as the title character, but he’s largely annoying.  The film also still fells like a ploy to put all of Sandler’s friends in the film in some way or another.  If you’ve seen a Sandler film, all the typical beats and characters are there.

Sandy Wexler is a pretty watchable bad movie, but its ending just left me angry as it is entirely implausible and an annoying look into how love manifests between people.  Then Sandler tries to sing and dance to make us all feel happy at the end.  Sorry Adam, but you failed…again. In December, I might look back on The Circle and claim it to be the most frustrating film of the year.

There’s a lot of promise to the Circle.  If you watched just the first thirty minutes of the movie, you’d come away scratching your head as to why The Circle is among the worst movies of April 2017.  However, the film devolves into such ludicrous situations that I could never recommend that someone ever watch this movie.

Tom Hanks does his best to save this sinking ship, but he doesn’t have a character that’s central to the plot in order to do so.  Emma Watson is pretty bland as the lead, making the entire film fall flat.

To make matters worse, The Circle completely wastes John Boyega, giving him hardly any lines to show off his charisma.  Under-using Boyega in any role is a cardinal sin to MovieBabble.  Hollywood needs more charisma and he has enough in him to the point where The Circle could have been saved if he was used properly.  This movie certainly is worthy of one of the worst movies of April 2017.

*To read my full review of The Circle, please click here.

I struggle calling Unforgettable a movie since it hardly is one.  This glorified Lifetime television show has literally nothing of note that makes it watchable from any perspective.  It’s not good enough to watch from a classical point of view and it isn’t funny or bad enough to be watched ironically.  Unforgettable will slowly fall into the abyss that is unwatchable films.

Rosario Dawson is a true professional and tries her best, but the writing is just too atrocious to pull off in a respectable manner.  Additionally, I actually wasn’t aware that Katherine Heigl was still acting, but any hopes she had of returning to prominence in Hollywood was quickly squashed with this film.

I’m not going to mince words: Unforgettable is atrocious.  There’s a saying that there’s only two guarantees in life: death and taxes.  Well now there’s three guarantees.  I guarantee that you will see Unforgettable again on my worst movies of 2017 at the end of the year. *To read my full review of Unforgettable, please click here.

Thanks for reading!  What were some of your worst movies of April 2017?  Comment below and let your thoughts be heard!

Katherine Heigl basically makes me not want to watch a movie! :p

This makes me slightly nervous for the Circle. Tom Hanks and Emma Watson are my most favorite actors ever and to hear that a movie they are in together didn’t do well, it makes me sad. I still might give a whirl just to see but I def appreciate your site and review.

No problem! You might wanna wait until it hits Netflix!

The cast and crew of Unforgettable worked hard to earn that #1 spot.

They absolutely did! Outstanding work!