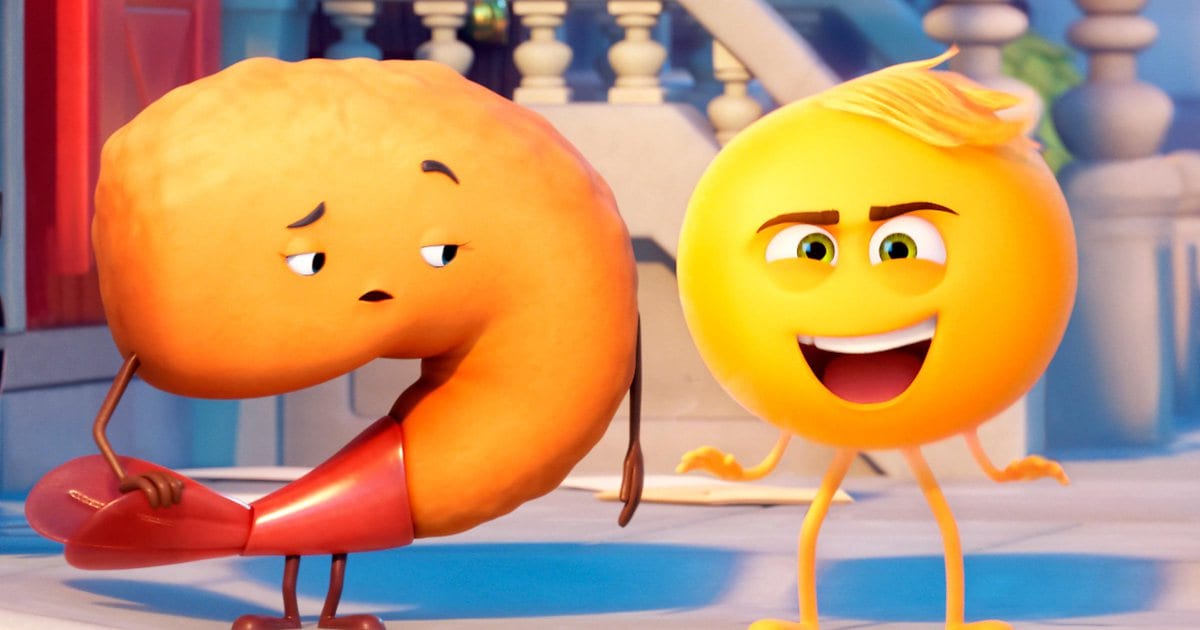 If you’ve been following MovieBabble, then you already know that a certain film including emojis is one of the worst things to ever come to the big screen.  However, there were other stinkers that filled up the past month as well.  Below are the worst movies of July 2017.  Proceed with caution.

#3: Valerian and the City of a Thousand Planets

Luc Besson’s Valerian isn’t an abysmal failure.  Some of the things he does with special effects are mind-blowing in how they nest worlds within worlds.  Movies can’t just throw spectacle at audiences these days and expect them to be captivated.  Valerian goes one step forward by making everything wholly inventive and creative.

However, where Valerian falters is its storytelling and overall story structure.  Right around when Rihanna shows up, the movie completely falls apart.  The story feels like a video game, taking away from the main storyline to go on side quests that have absolutely nothing to do with main story.  The run time of Valerian is over two hours, but only about an hour and twenty minutes is devoted to the actual conflict.

The worst part of Valerian may be the budding relationship between the two leads, Dane DeHaan and Cara Delevingne.  Not since Christian Grey and Anatasia Steele have we had a relationship with less chemistry.  For this relationship alone, Valerian deserves a spot among the worst movies of July 2017.

*To read my full review of Valerian and the City of a Thousand Planets, please click here.

Wish Upon is a horrible, horrible movie.  Luckily for everyone, it’s the correct type of bad.

This movie is unintentionally funny in the best way possible.  As it tries to set up these elaborate kills and circumstances for the characters, editing choices paired with pretty awful acting leads to some laugh out loud moments.  If you watch this film, you will be entertained if you go into it with the right frame of mind, even if it wasn’t the way the creative team behind the project intended.

That being said, Wish Upon is still really, really bad.  I guess there was potential around this movie’s premise with a demon wishing box granting wishes to Joey King with a price, but it’s told without the slightest amount of energy or intelligence.

While watching this movie, you get the sense that a bunch of studio executives came together and tried to figure out how teenagers act these days and then threw it into a movie.  Your result is a film filled with stupid dialogue, fake bullies, and a rip-off of Pokemon Go.  Ugh. *To read my full review of Wish Upon, please click here.

This piece of trash is the leader in the club house for the worst movie of the year.

The Emoji Movie is getting a ton of flack just for its premise (which is well-deserved) from people who haven’t even seen the movie.  However, The Emoji Movie is truly a terrible movie just for its messages that it gives to kids.  This “film” is filled with ideas like “face-to-face interaction is never a good idea” or ” do your best to fit in with the crowd rather than stand out.”

There is zero joy in this film.  Rather than a colorful romp with zany characters filling the screen, executives at Sony Pictures were more focused on obtaining extra funding through blatant advertisement of various apps such as Candy Crush, Instagram, and Snapchat.

There’s nothing for kids here.  Period.  The Emoji Movie is truly the worst of the worst movies of July 2017.

*To read my full review of The Emoji Movie, please click here.

Thanks for reading!  What are your worst movies of July 2017?  Comment down below!

Nice post to save time and money. Now none gonna bother to watch those movies.

Exactly! That’s what we’re here for!

Coincidentally they mentioned today on the news that this Summer was one of the worst for the film industry.Hopefully they will catch on by 2018!!!! Emogi movie – REALLY?????

Lol it appears that Hollywood has written off August as a bankable month. Maybe it’ll swing the opposite way next year!

Whoa! These all sound pretty bad. Thanks for the heads up! :)

Hi moviebabble. Not films I would watch. Many thanks for liking “Crowded Roads! Before Him! Bunkum! and So Close!” Be Safe and Well. TheFoureyedPoet.

This is a great post and I love your comments on the Emoji. Let’s just pretend that terrible movie never happened! Hopefully studios will learn from its mistakes.

One can only hope lol

I disagree on Valerian. Though the lead performances weren’t strong, unlike most, I didn’t find them terrible, though Dane DeHaan was terrible casting. But as epic science fiction, this was way more original and fun than Guardian’s of the Galaxy 2. GOTG2 was a good sequel to a great film, whereas Valerian actually tried for greatness, and achieved it in visuals and original science fiction plot. Interesting that you mention it went south for you when Rhianna appeared. I felt she was the weak link as far as acting, though Besson had fun with her visually.

I wouldn’t say the performances were bad, but it was more of a casting issue like you mentioned. I love Dane DeHaan and like Cara Delevingne, but they just didn’t work as a romantic pair.

Where did Captain Underpants rate?

I actually loved Captain Underpants! It also came out in June so yeah lol

This is where we disagree a little. As I’ve already said, I liked Valerian, and though Wish Upon does have it’s flaws, I thought it was entertaining enough. And as for the emoji movie, I understand that there are a lot of people who genuinely can’t stand the movie, such as yourself, and that’s fine, but I feel like it’s getting a bad rap, simply because it’s the emoji movie. A lot of people, it feels, seemed to be pre-determined to hate this movie, so nothing was going to change their mind, and a lot of them hate on it because it’s the thing to do on the internet. I’m not saying the Emoji Movie is great, but I didn’t feel it was as awful as a lot of people are saying. For me, the movie was just okay… a little “meh” if it were.

Which is basically what my “worst” films of July are – just meh. They aren’t terrible films, and there are good things about each of them, but in the end, they just didn’t click with me. #3) The Emoji Movie; #2) Atomic Blonde – one terrific action sequence can’t save the film from being more style over substance; and #1) The Beguiled – a film with some terrific performances, but not much of a point and a little bland.

Anyone want to disagree? I’m sure there are plenty! : )

I’m fairly certain that The Beguiled had a limited release in June, but I agree with your sentiment! I was very underwhelmed by that one.

Never saw Wishing Upon, but I heard it was bad. As for the other two films, I agree with you.

Wish Upon is sooooo funny. I think it was one of the best theater experiences I’ve had this year lol