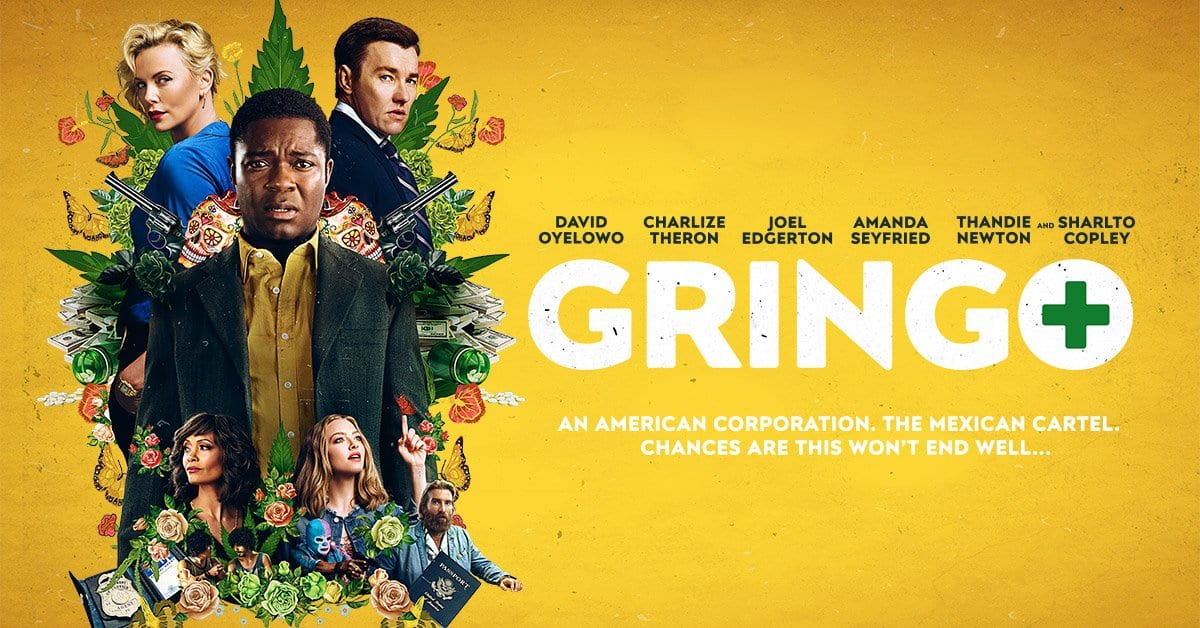 As Amazon and STX Entertainment both work to increase their shares of revenue at the box office, they teamed up to distribute a new comedy: Gringo.  With premise that is full of comedic possibilities and a fantastic assembly of actors, Amazon and STX hope that this flier of a film will eventually be considered a worthy investment.  The following review will be spoiler free. 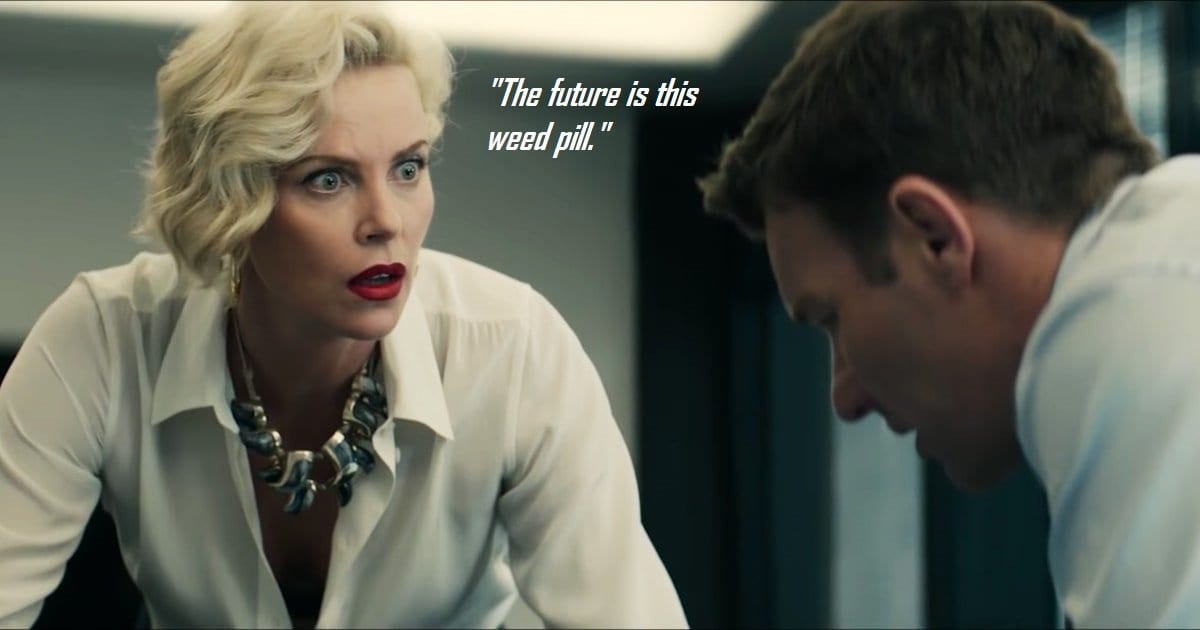 Harold (Oyelowo) isn’t exactly having the best bit of luck recently.  As he falls further into debt by his cheating wife’s scam of business, he’s running out of options.  To make matters worse, the company for which he works is moving closer to a merger, meaning that he might be out of a job.

Fed up with terrible treatment by his two bosses, Richard (Edgerton) and Elaine (Theron), Harold fakes a kidnapping while on a business trip in Mexico, hoping to cash in on the company’s insurance policy that insures safe travel.  However, Richard let the policy lapse, forcing him to hire his mercenary brother (Copley) to find and rescue Harold to avoid losing money.

Meanwhile, a Mexican cartel is peeved that Richard and Elaine have cut them off from the company’s product — leading them to attempt to actually kidnap Harold to fix the deal.

Gringo is an anomaly for a number of reasons.  Not only does the film have two growing film studios (to vary degrees) combining forces for its distribution, but it has an alarmingly great cast for such an under the radar film.

Joel Edgerton is clearly tied to the film by its director — Nash Edgerton — who is Joel’s older brother and industry regular (he has over 100 credits as a prolific stuntman as well as many credits in acting, directing, producing, etc.).  However, as you read above, the cast also includes Charlize Theron, David Oyelowo, Thandie Newton, Amanda Seyfried, and Sharlto Copley.

Smaller, lesser known films with such a well-known cast can go one of two ways.  1) it becomes a sleeper hit that grows a following over time. Or 2) it’s a misguided, mini-disaster of a film that the studio is trying to bury.  The jury is still out on Gringo for now, but everyone (even regular moviegoers) have a say in the legacy that forms down the road.

The Talented Cast is Having a Great Time Acting Ridiculous

Sometimes, talented actors need a break from back-breaking, demanding roles in the pursuit of fame and improvement of their craft.  Like the rest of us, they just want to unwind and relax.  Everyone needs a break every once and awhile!

This cast is having a great time as obnoxious caricatures, and it’s pretty damn infectious.  Joel Edgerton and Charlize Theron love acting as rich, corporate jerks, blurting out whatever comes to mind.  Often times, what they say is crass, racist, and incredibly mean-spirited, but it totally fits their characters who are never concerned with acting humane or kind as they find shady ways to make money for their growing pharmaceutical company.  Theron is delightfully off the rails as the co-CEO, using whatever necessary to get ahead of those around her.  Edgerton, on the other hand, is one of those bosses that spouts meaningless platitudes as a way of appearing deep and intellectual.  These two are as slimy as they are unflinching, and it’s highly entertaining.

And then there’s David Oyelowo, who sports his native accent in the name of comedy.  It’s not often that you see a man who played a role as prestigious as Martin Luther King Jr. in a wacky comedy-thriller, and the shear meta juxtaposition of those two ideas in Gringo makes for solid laughter.  Oyelowo as the down-on-his-luck Harold Soyinka is loving it as he spews dialogue as a Nigerian immigrant (watching Oyelowo pretend to kidnap himself on the phone is easily the best gag in the film).  But shockingly, his character provides Gringo with an inkling of grounded realism as an immigrant that is merely trying to live a fulfilling life.

Gringo is Oddly Specific to a Fascinating Degree

Films such as those in the illustrious list above are so unbelievably generic and without fascination that it’s no wonder that they either bombed at the box office or failed to find an audience (or a combination of the two).  There’s certainly comparisons to make with that list and Gringo (after all, how often do we see cartel drug comedies these days?), but it separates itself with its attention to detail that makes every character interesting.

Take David Oyelowo’s Harold Soyinka — a man with a first name shared with the least amount of famous people among the most common names in the English language.  His uncle is a Nigerian princes that steals your credit card information via email, and his father refused to enter such a dishonest system — leading to the roots of Harold’s beliefs when he complains of a corrupt hierarchy that rewards the rich and hurts the poor.

Look at Sharlto Copley’s character — a former mercenary turned outreach servant of some spiritual (but not religious — the film is sure to note the distinction) significance that refuses to kill anymore but might just go back on his word if he can save thousands more as a result.

Every character has a bizarre and slightly comedic background that makes them intrinsically engrossing.  Things get even weirder as the characters become more interwoven in the plot.  Although the spine of the movie remains mostly familiar, Gringo works to separate itself — and its weirdly focused intent in doing so needs recognition. 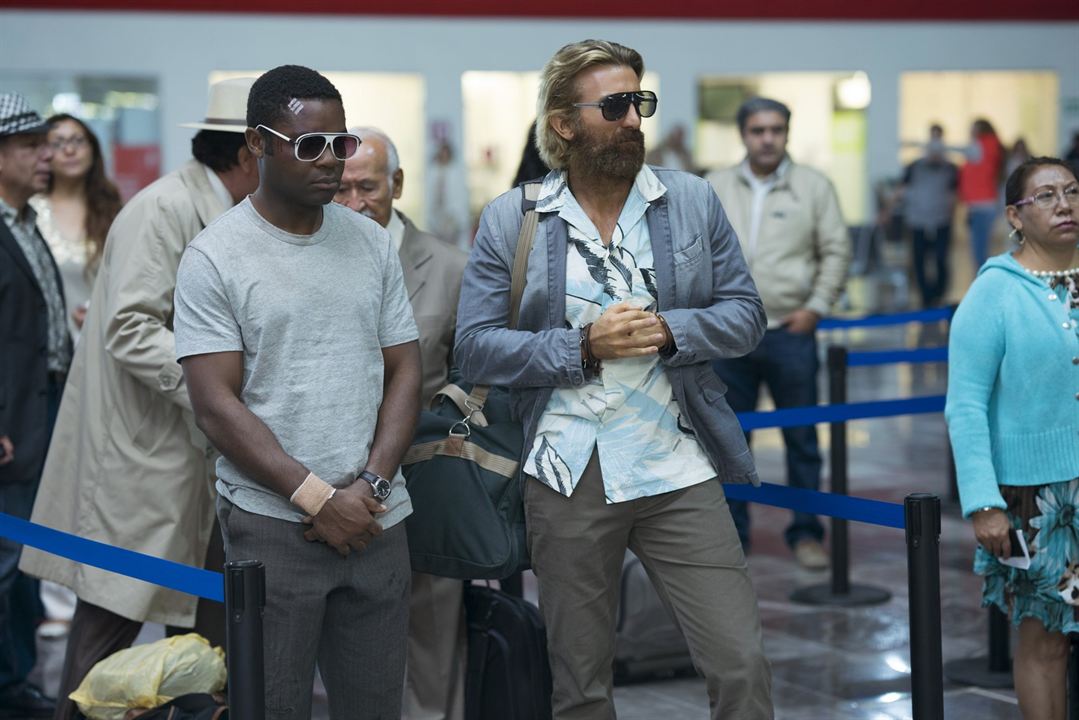 Gringo is attempting to do a lot of things.  It shifts tone periodically, moving from a slapstick comedy to an overly violent thriller — it’s quite jarring to say the least.  Many audiences members will feel confused with how exactly to feel in some moments, hampering the overall enjoyment of the film.  It takes a deft touch to move seamlessly from David Oyelowo’s high-pitched, comedic scream to someone getting their toe chopped off, and Edgerton doesn’t exactly have what’s necessary in that regard.

However, Gringo‘s biggest sins lie in its overabundance of plot threads that weigh the story down.  Whether it’s a corporate back deal of who gets to run the company after the merger goes through, an independent drug mule operation, conflicts with a Mexican cartel, an affair, a fake kidnapping, many attempts at a real kidnapping, a love triangle, or the pursuit of the American dream, there’s just way too many items that Gringo is forced to handle.  Unfortunately, subplots take away from the main story and its emotional core, leaving the film quite hollow in many instances.

There’s a lack of ambition in many studio comedies these days, but Nash Edgerton and the writing staff may have swung the needle too far in the opposite direction.

Gringo won’t work for a lot of audience, and that’s perfectly fine — we often forget about personal taste in film criticism these days.  However, this critic was consistently fascinated by this comedy-thriller as it added little details into every nook and cranny to create oddly specific characters and dynamics that are refreshingly silly and noteworthy.

Nash Edgerton is trying to do many things with Gringo — balancing many plot threads and a shifting tone.  It doesn’t always work, but you have to appreciate the audacity of a filmmaker trying to add a ton of different ingredients to the pot to see if he made a new, excited dish.

Thanks for reading!  What are your thoughts on Gringo?  Comment down below!