I Don’t Have High Hopes for Solo: A Star Wars Story 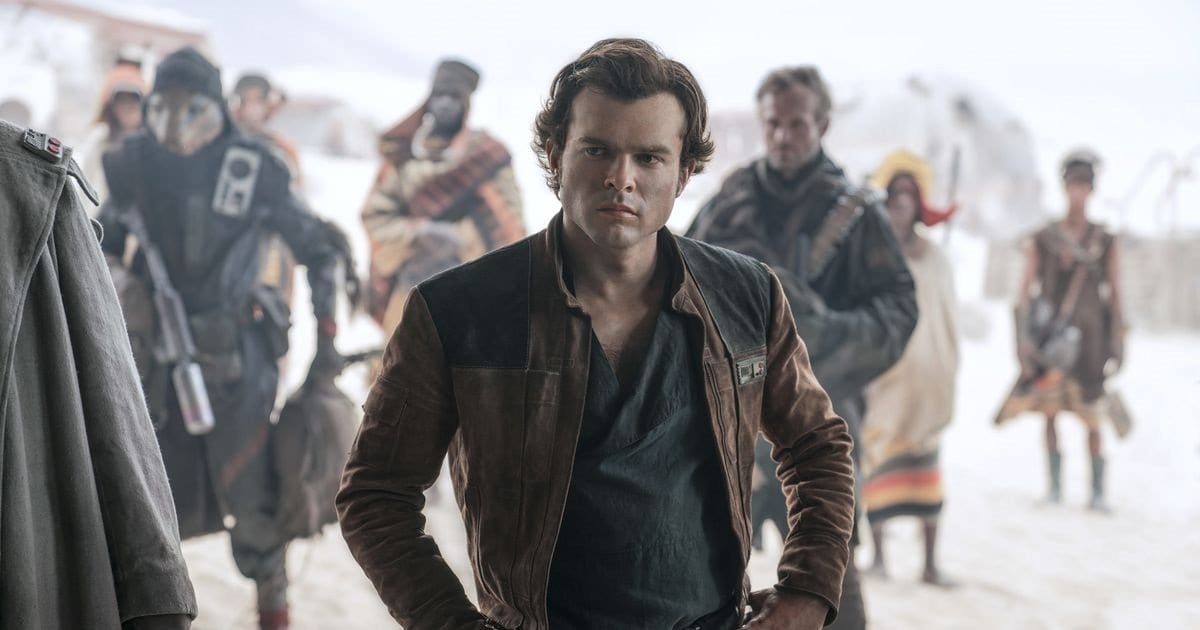 Let me be very clear: out of all the characters in the Star Wars franchise, Han Solo is my absolute favorite. Nobody can compare to him.

So, why am I not excited to see Solo: A Star Wars Story (2018), a movie about his backstory? A number of reasons, actually: the casting, the tone of Rogue One (2016), the issues it faced in production, the clichés abundant in the trailer, etc. To me, it just doesn’t seem like Star Wars.

I really hope that this is just a case of pessimism or disappointment that someone else is taking over the role of Han Solo. I want to enjoy this movie like I enjoy the rest of the Star Wars franchise. But I just have too many doubts to let that happen.

Let me just say something right now — I have a really hard time seeing Woody Harrelson in any dramatic role after his early performance as naive bartender Woody in Cheers. Even watching him in The Hunger Games franchise was weird and out-of-place for me. Another dramatic role for him just seems even more odd, despite his recent work that garnered an Academy award nomination. Plus, the cliché line he uses in the trailer (to the effect of “if you’re in this life, you can’t leave”) is so corny that I groan every time I hear it.

Donald Glover isn’t an entirely awful choice for Lando Calrissian, but it’s still a little strange. You can tell that he was chosen only as a famous black actor who would attract audiences; there was no concern for if he actually could embody the character of Lando or look anything like a young Billy Dee Williams.

However, my biggest problem is with who was chosen for young Han Solo. Alden Ehrenreich has a certain appeal and he slightly resembles a young Harrison Ford, but I feel like there were better choices available. His voice sounds nothing like Han Solo’s does; he doesn’t have the same ruggedly handsome good looks that endeared us to young Ford. He looks like he just wandered out of a Starbucks and found himself on Corellia. I’m not sure I’ll be able to accept him as Han Solo.

Still Smarting from Rogue One

Contrary to popular opinion, I didn’t really enjoy Rogue One. It was a good movie, but not a good Star Wars movie. The story seemed like it was quickly thrown together to fill the time between The Force Awakens (2015) and The Last Jedi (2017), which is exactly what happened. It was painfully obvious that it was just another money grab for Disney while they waited for their next blockbuster to finish production.

Rogue One would have done well as a standalone sci-fi war movie. However, it didn’t have the same Star Wars feel as the rest of the franchise. It lacked the screenwipes, the nostalgic music, and the heroes were much too angsty for me to truly empathize with them. Rogue One just lacked those essential Star Wars elements.

This is something I worry about happening with Solo. Will it just become another one of those heavy-on-story, light-on-actual-Star-Wars-elements films? Just another film lost to the world of lightsabers and space battles in favor of better films like Empire Strikes Back (1980)? Once again, I hope all of my doubts are completely off-base, but I just can’t shake this feeling that Solo really isn’t going to be all it’s cracked up to be.

Though the project was taken over by esteemed director Ron Howard, I still have my qualms. The production of Solo: A Star Wars Story was rumored to have faced a number of production issues, including the firing of original co-directors Phil Lord and Chris Miller, an “unworkable” script, and Ehrenreich’s struggle to convincingly play the roguish smuggler.

While I normally try to have an optimistic outlook, it’s hard to bounce back from production problems. Sure, it may regain some of its stature, but it’ll always have the shadow of failure looming over it. Could it be that these problems never dissipated? That’s something we’ll have to decide on Friday, but my hopes are not very high.

A Trailer Full of Clichés

One thing I absolutely hate about Hollywood is how easily clichés slip into the script. A “big shot gangster is putting together a crew.” The main character has “waited a long time for a shot like this.” The famous criminal saying “everything you’ve heard about me is true” (as if he can verify that). And, of course, the worst line from the trailer: “If you come with us, you’re in this life for good.”

Don’t get me wrong, almost every trailer today uses those clichés — those dramatic throwaway lines are how they attract their audience. But I’m just sick of it, and I guess I expected a little more from Solo. Maybe I wanted a bit more originality, something to set this film apart from every other backstory film. But no — this film looks like it will be just like Rogue One: just another filler film to satiate our Star Wars appetite until December 2019 when Episode IX comes out.

I don’t want to be a Debbie Downer about all of this. In fact, I’m hoping that all of my fears are completely unfounded. I want Solo: A Star Wars Story to blow me away with how well-made it is. I want to go into the theater with cautious optimism and be rewarded graciously.

Unfortunately, the early signs don’t look good. Solo: A Star Wars Story looks just like every other awkward prequel that serves no purpose to the franchise other than to increase its profit. How I wish that weren’t the awful truth, but that’s Hollywood for you.

Thanks for reading! What are your thoughts on Solo: A Star Wars Story? Comment down below!

I had many of the same misgivings. Then I saw it, and LOVED it.

I’d love to see a Wedge Antilles movie or a Cloud City movie or something in the old universe but not about the core characters. Escape from The Spice Mines or the Empire taking over a planet. Guess I’ll know how I feel about hai by tomorrow

I’m a little concerned about this movie too, but unlike you, I loved Rogue One. I liked it better than The Force Awakens, so if this is like Rogue One at least some of my fears will be put to rest.

I would be inclined to agree with you. Very little about this film makes me want to spend money watching it. As you say, the casting is poor and it seems like the story line in general is going to just be another formulated mess, essentially using Star Wars characters in an otherwise generic storyline.
I think I’ve lost faith in Star Wars movies. The last few films have been average at best and Disney’s set out plan to release another 20 just fills me with dread. The ONLY film I want them to do is an Obi-Wan movie (set after Return of the Jedi) and I’m potentially looking forward to the trilogy that the Game of Thrones writers will be doing but until we have a better idea of what either will look like, it’s still up in the air.

I really wish they would do an Obi-Wan movie too! I’ve heard that there’s one in the works, but I’ve been hearing that for years now. I guess we’ll just have to wait a little longer…

An Obi Wan movie set after Return of the Jedi makes no sense to me seeing as how he died two movies before that one. If they were going to do one I at least would like it to be set ether before or during the Clone Wars era when he was a young man just after becoming a full fledged Jedi, there is plenty of material they could use for that movie. A Luke Skywalker movie set after Return of the Jedi could be good too.

I’ve been worrying about this movie as well. I’m a huge fan of the franchise…and I just don’t want to be disappointed like I was with Rogue One.

I pretty much agree with everything said here minus the Rogue One part. I very much enjoyed that movie. Great post!

I started reading your post but you lost me with your comments about Rogue One. Everything you said up to that point had merit and I even agreed with your doubts because they mirrored my own but when you said you didn’t like Rogue One and why well that was it for me. In my opinion and I stress it’s only my opinion Rogue One was the best star wars film of the new batch and possibly of them all. The characters were more real, the threats more believable, the acting much better and the dialogue actually made them sound like real people. It wasn’t just a fill in between two movies it actually told a very important story of how the plans for the death star were acquired by the rebel alliance. I wish more star wars films were like this one. The last jedi was a joke, bad script, bad plot and boring production. Anyway I will be going to see Solo with fingers crossed they don’t mess this one up as well.

I’m totally with you Jando. Rogue One was the best Star Wars film since the 80’s. If Solo stays true to the classics it might not suck… but the early sings are not great

Eh I can respect that. I know that it had a lot of fans. I’m probably just a little more picky than others. I’m glad you at least started reading my post! lol XD

I wouldn’t say more picky, just that you have a different opinion that’s all. Horses for courses and all that, everyone has a different taste.