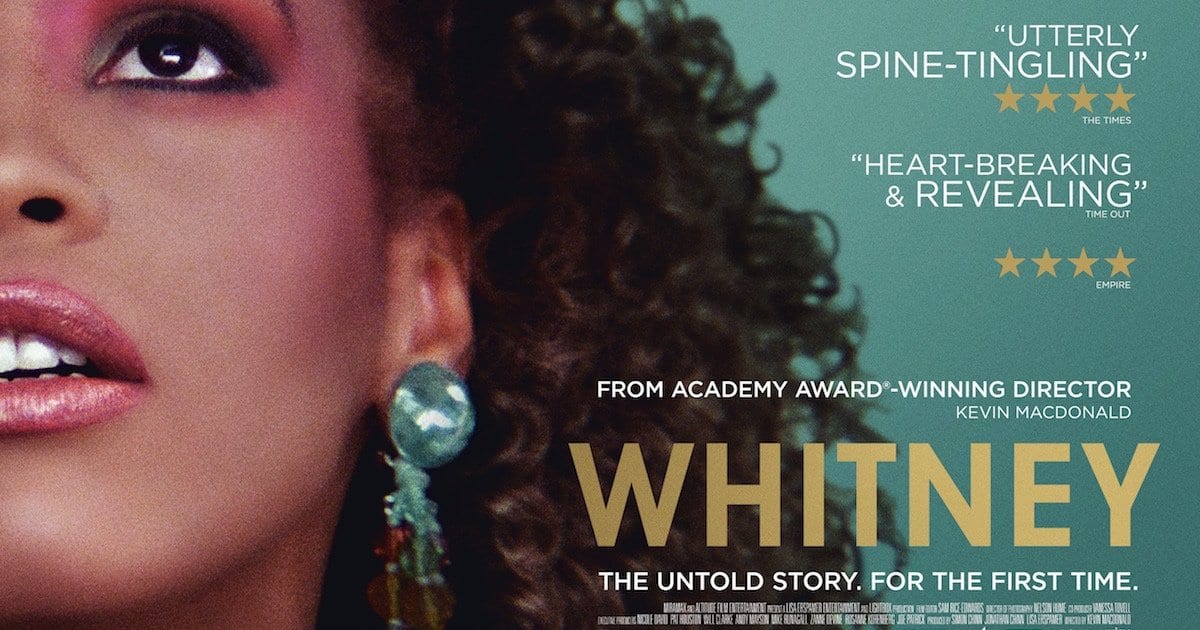 Whitney Houston (August 9, 1963 – February 11, 2012) was one of the most successful professional singers in history.  She found fame and fortune beyond a level that very few people ever experience.  The fame popular musicians attain often comes with the adoration of fans.  People who wanted Whitney to have a happy, enviable life.  When that doesn’t happen, we wonder, was it fame, was it too much success too soon, or was it something else that was their downfall?  We mourn Elvis Presley, and our curiosity demands an answer we can fit into what we believe about stardom.  This documentary about the triumph and tragedy in Houston’s life, is a far-reaching effort in search of answers to our questions.

Whitney (2018) follows the rise and fall of the singer’s musical career, which parallels events in her personal life.   Beginning from humble Northern New Jersey roots, Whitney rose to the highest level of stardom in the music industry before succumbing to an untimely death during a period when she attempted a desperate comeback.

Much of the film includes archival footage of Houston and many of the significant people in her life.  Retrospective on camera interviews surround the archival clips with commentary from friends, co-workers, and family members.

Many historical events took place during Whitney Houston’s lifetime. Kevin MacDonald included video of historic figures and scenes around the country.  MacDonald creates a chronology of visuals with this.  So when you recognize a place or a person and can remember the time period, you then connect that to what Whitney did in her life.

Whitney: Can I Be Me? (2017) is a documentary that predates Whitney (2018).  Although the latter has the distinction of having the cooperation of the Houston family.  This is not a flattering biopic.  So you could conclude that her friends and family wanted to have as accurate an accounting of Whitney’s story from a neutral and unbiased perspective.  Call it an effort to set the record straight if you will.

Kevin Macdonald has a history of quality documentaries including One Day in September (1999), Touching the Void (2003), and Marley (2012).   His use of seemingly unrelated cuts of historical scenes interspersed into the narrative struck an inventive chord.  He took a risk with the technique.  Documentaries are making a comeback of sorts.  Can they engage viewers by focusing solely on their subject?  With this technique Macdonald strives to keep viewers interested regardless of how well they knew or admired Whitney Houston. 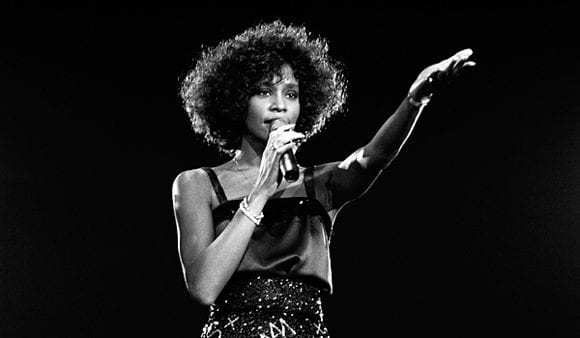 You learn early on and throughout the film that the Houston children had a challenging upbringing.  Macdonald doesn’t point out that the cultural expectation placed childcare responsibilities on mothers without holding fathers responsible.  So while John Russell Houston Jr., her father, was a political figure in Newark, New Jersey, Cissy Houston, her mother, was a professional singer.  When Sissy Houston traveled or worked, she had people watch the three children, Whitney, Michael, and Gary.

The biggest secret involves the child abuse Gary and Whitney suffered.  Since nobody reported it, having to live with the consequences magnified whatever harm the victims suffered.  The open secret was the bi-sexual rumors that followed Whitney Houston.  That speculation now displays a different perspective based on the fact that the alleged molester was a woman.

However, the most revealing aspect of her life might have been not so much a secret as a little-known fact.  Whitney Houston came from a broken home.  Divorce, which so many of us take for granted today.  The blame for the breakup lands on Cissy, for having an affair with a church pastor.

Of all the difficulties Whitney Houston faced in her life, you conclude that her parent’s divorce was something she never recovered from. 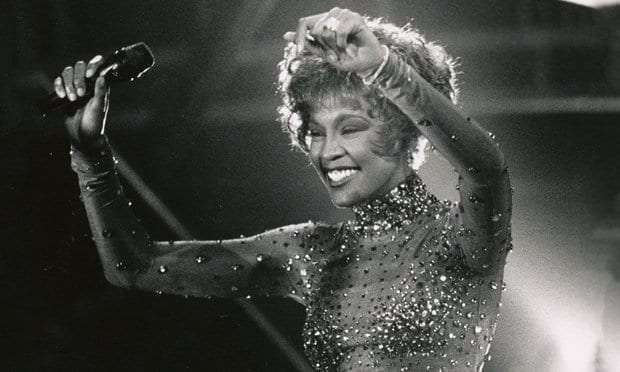 Whitney’s drug use began in her teens, close to the time of her parent’s split-up.  She was bullied throughout her school years, she was neither popular nor well liked.  She left home as soon as she legally could and moved in with Robyn Crawford.  From that point forward until the severing of their relationship, a fight carried on between Crawford and the Houston family over Whitney.  Crawford remained closest to Whitney, more than anyone in her family.

According to the film, Crawford gave Houston an ultimatum.  Either she divorces Bobbi Brown, or loses Crawford as a close confidant.  After Crawford departed, Houston’s career and personal life descended into an irreversible downward spiral.  We watch Whitney from the very beginning, enjoying her beautiful voice,  admiring her beauty.  We celebrate her triumphant Super Bowl XXV National Anthem performance.  And the filmmakers would have us feel guilty.  For anyone who judged Whitney, criticized her, envied her, bullied her, booed her, or accused her of not being “black enough”.

Watching the archival footage of Houston and others around her you see her struggle with drugs, with her marriage, with her career, and you can feel guilty for seeing so many personal things.  It is a rare inside view that many famous entertainers never reveal. 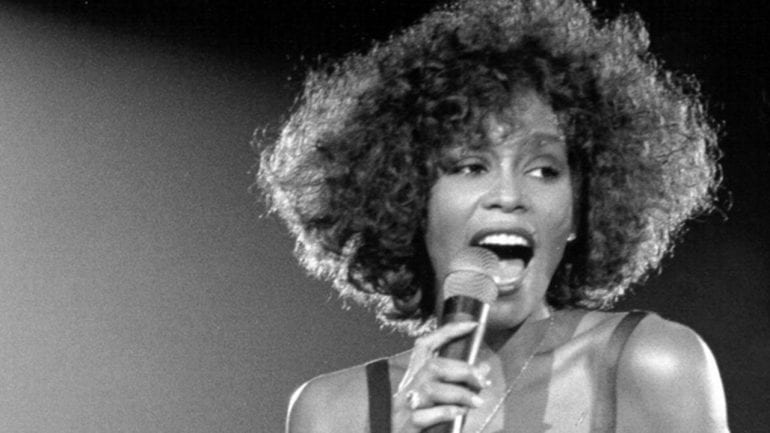 The message I took from Whitney (2018) was the answer to the question we all want to know when we watch it.  Who was Whitney Houston?  The film showed me, more than anything, that Whitney Houston did not know who she was.  She never found out.  And that more than anything made her vulnerable.  Was she the public Whitney with he polished persona? The poor unsophisticated black girl from the ghetto?  Was she a lesbian afraid to live out of the closet?

She was the troubled teen, who wanted the ideal family life that she never had growing up.  With her personal life and marriage to Bobbi Brown failed, her signing voice and career soon followed, and the revelation that her dream would not come true, the realization was probably too much for her to handle. 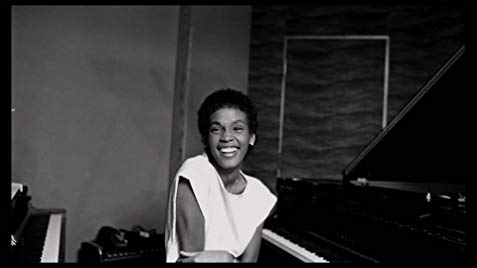 Thank you for reading! What are your thoughts on Whitney? Comment down below!

[…] Houston was a big city for big dreams for Tara Breckenridge. Coming to the Big H to pursue photography quickly turned into a need to make some cash. That’s when Tara started working at The Men’s Club. While Tara was getting by, things took a tragic turn when she suddenly vanished. […]

truly touched hearts. If you get a chance I’d really appreciate it if you could check out my blog itd mean a lot!