Sights and Sounds from the D.C. Premiere of ‘If Beale Street Could Talk’ 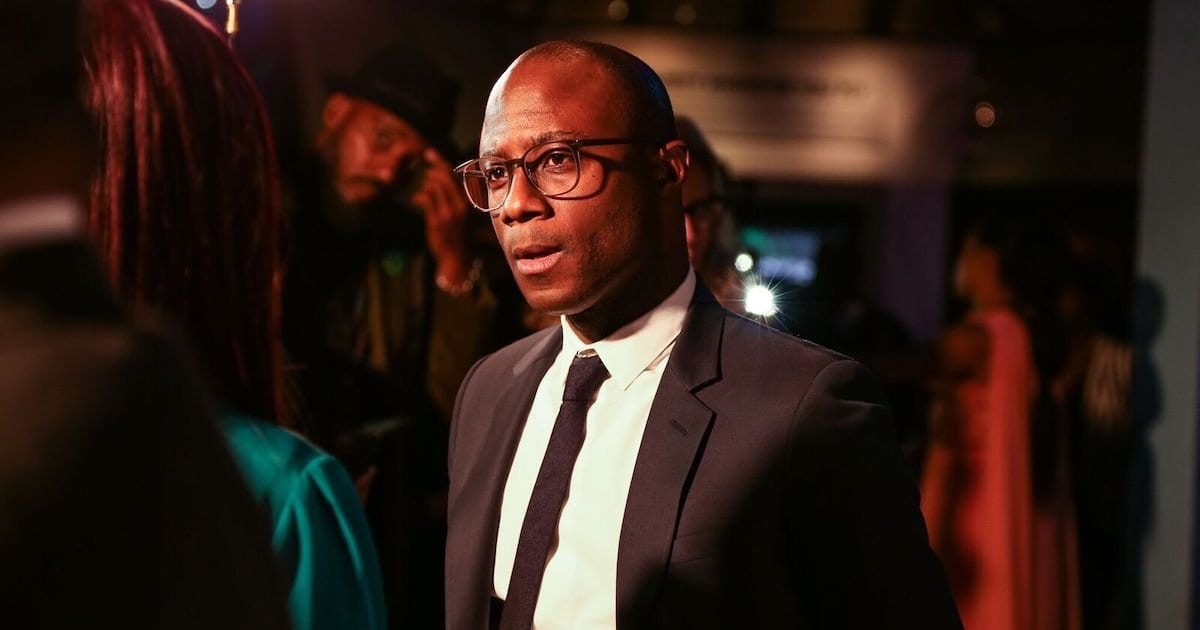 James Baldwin was once quoted in part in saying that love” does not begin and end the way we seem to think it does.” However, I do not think he meant for those words to apply to the logistical struggles of the closing ceremonies for the Smithsonian African American Film Fest which included the D.C. premiere of Barry Jenkins’ If Beale Street Could Talk. Yet oddly enough, those words became incredibly fitting — in more ways than one — as the event started and continued into the night.

There was a rather inauspicious start to Saturday, October 27th for the SAAFF festival planners. News broke early the same day that a small fire started near the loading dock of the National Museum of African American History and Culture, putting a rather large wrench in their plans. Thankfully, no one was hurt or injured, and the museum itself did not sustain any serious damage. In fact, the museum opened as planned the following morning. But as a precaution, the red carpet event and screening of the adaptation of James Baldwin’s novel If Beale Street Could Talk moved to the National Air and Space Museum. Barry Jenkins was rather amused by the entire ordeal, joking that, as a result of the switch to the Lockeed Martin IMAX Theater within the National Air and Space Museum, that this was the “only IMAX presentation of this film ever.” 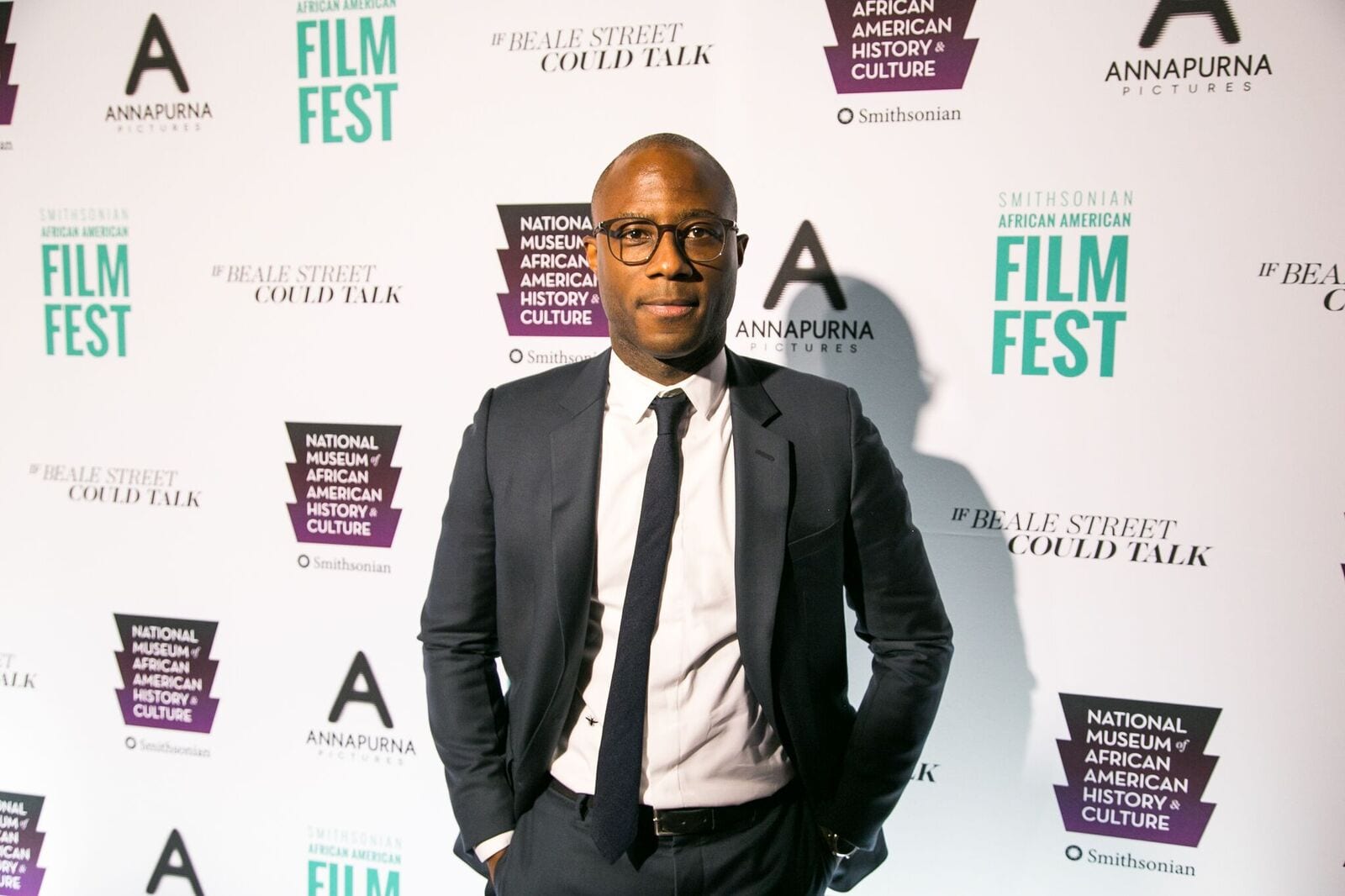 If you’ve ever worked within the world of public relations — or if you’ve planned anything in your life — it’s easy to see how much of a logistical nightmare this last-minute change might have been. Kudos to the entire staff for still managing to create a miraculous showcase for a wonderful film. (Alternative sentence: PR team, you’re the real MVP!) However, as many of the thoughtful figures involved with the closing ceremony noted throughout the event, this bit of perseverance and flexibility fit the theme of the night, becoming a tidy microcosm of what the event eventually became.

As the stars arrived at the National Air and Space Museum, there was a noticeable sense of strength and honor from them. The cast was on a mission, ready to share If Beale Street Could Talk with a brand new audience in the D.C. area.

As Stephan James, the male lead of If Beale Street Could Talk, quickly noted, the most impactful piece of this movie is the “timelessness of [James Baldwin’s] work.” Even though he wrote the book on which the film is based back in 1974, it still “resonates so heavily today, and that’s the mark of a truly great artist.” James was of course alluding to the power of Baldwin’s story that Barry Jenkins beautifully adapted to the big screen, which details a pregnant woman (played by newcomer KiKi Layne) who desperately attempts to get her fiancé (Stephan James) out of prison for a rape that he did not commit.

James’ co-star KiKi Layne echoed those sentiments and expanded on them by highlighting the making of the film itself, explaining that working with Barry Jenkins on the project was “beautiful” and that Jenkins showed so much support for her as this was her first major role. (Side note: KiKi would also love to play Storm in a future X-Men film, so get to it, Hollywood!) Star Regina King quickly chimed in as well, saying that Layne is “truly a joy.” Given that this press tour is a new experience to Layne, I was rather impressed that King went on to exclaim that the newcomer is handling everything incredibly well, noting that she is “taking everything in” where other young actors in her position would do the exact opposite. As Oscar season approaches, make sure to file away the name ‘Kiki Layne.’ 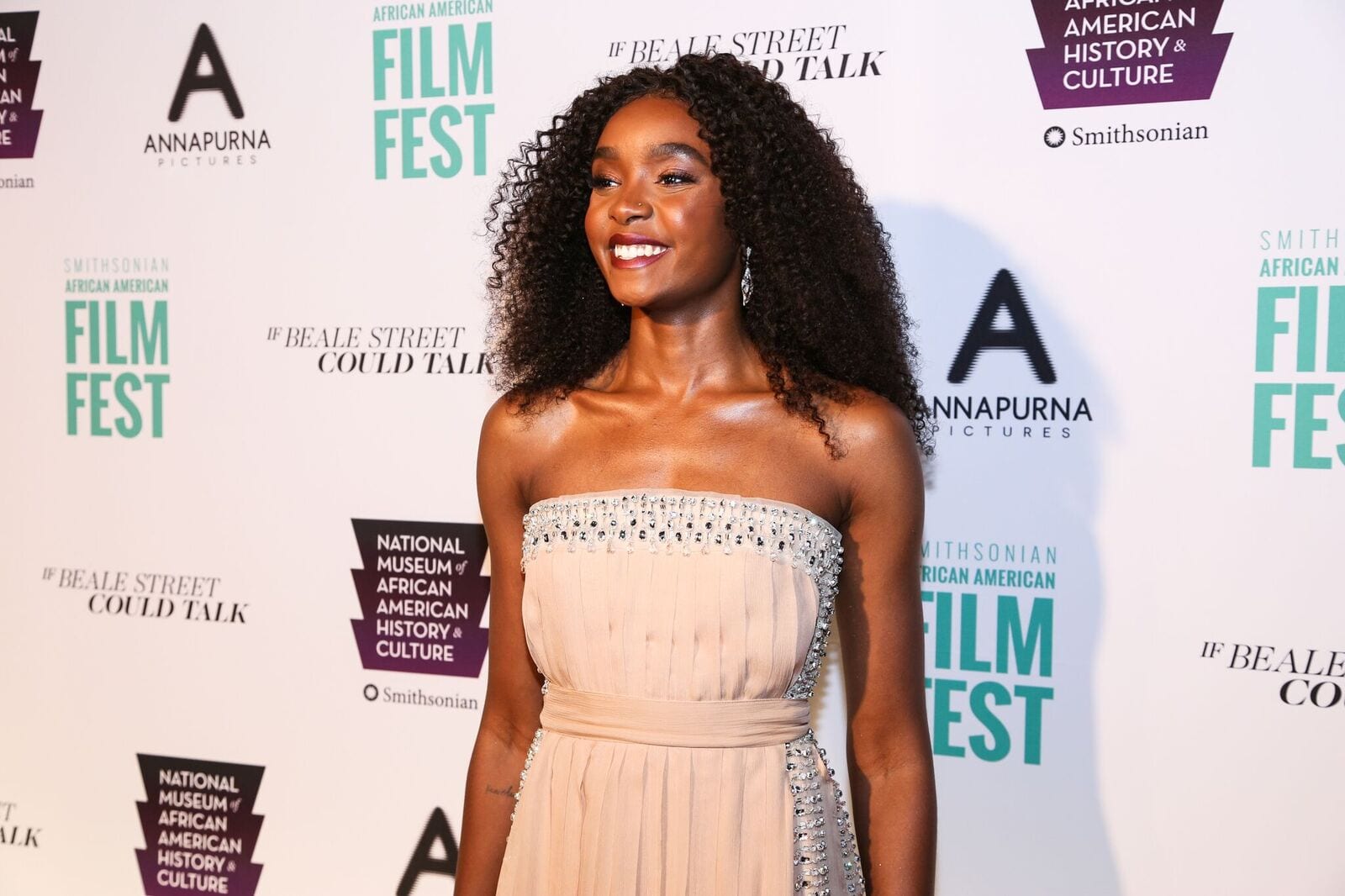 Barry Jenkins rounded out the quadruple threat from the film that attended the premiere, and he deepened the commanding message surrounding the film with his humble words. When asked if he grew as a director after his meteoric rise following Moonlight‘s win for Best Picture, Jenkins immediately responded positively, joking that “success” certainly did not make him a better filmmaker. For Jenkins, it was all about challenging himself. He even went as far as saying that creating If Beale Street Could Talk was “one of the most challenging things [he’d] ever done” as a creator.

One thing was very clear after speaking to all the stars: If Beale Street Could Talk is about much more than their respective efforts on the project, even despite the fact that they are all praiseworthy. For the cast and the representatives of the Smithsonian African American Film Fest, If Beale Street Could Talk is a celebration of the life and work of James Baldwin, and they hoped that they could bring his work to the forefront once again to discuss some of today’s most trying issues.

Jenkins along with James, Layne, and King continued to speak with considerable reverence for the source material after the film was shown, allowing it to permeate into a larger discussion of race and a need for prison reform. Jenkins had a rather striking remark about his work, stating “if you leave this film thinking about Barry Jenkins, then I have failed at my job.”

These words echoed through each speaker, especially from Rhea L. Combs, the Curator of Photography and Film at the NMAAHC, who eloquently mirrored the difficulties in hosting the closing ceremony to the lessons of the film itself with a keen interest in once again highlighting James Baldwin’s book and work in totality. 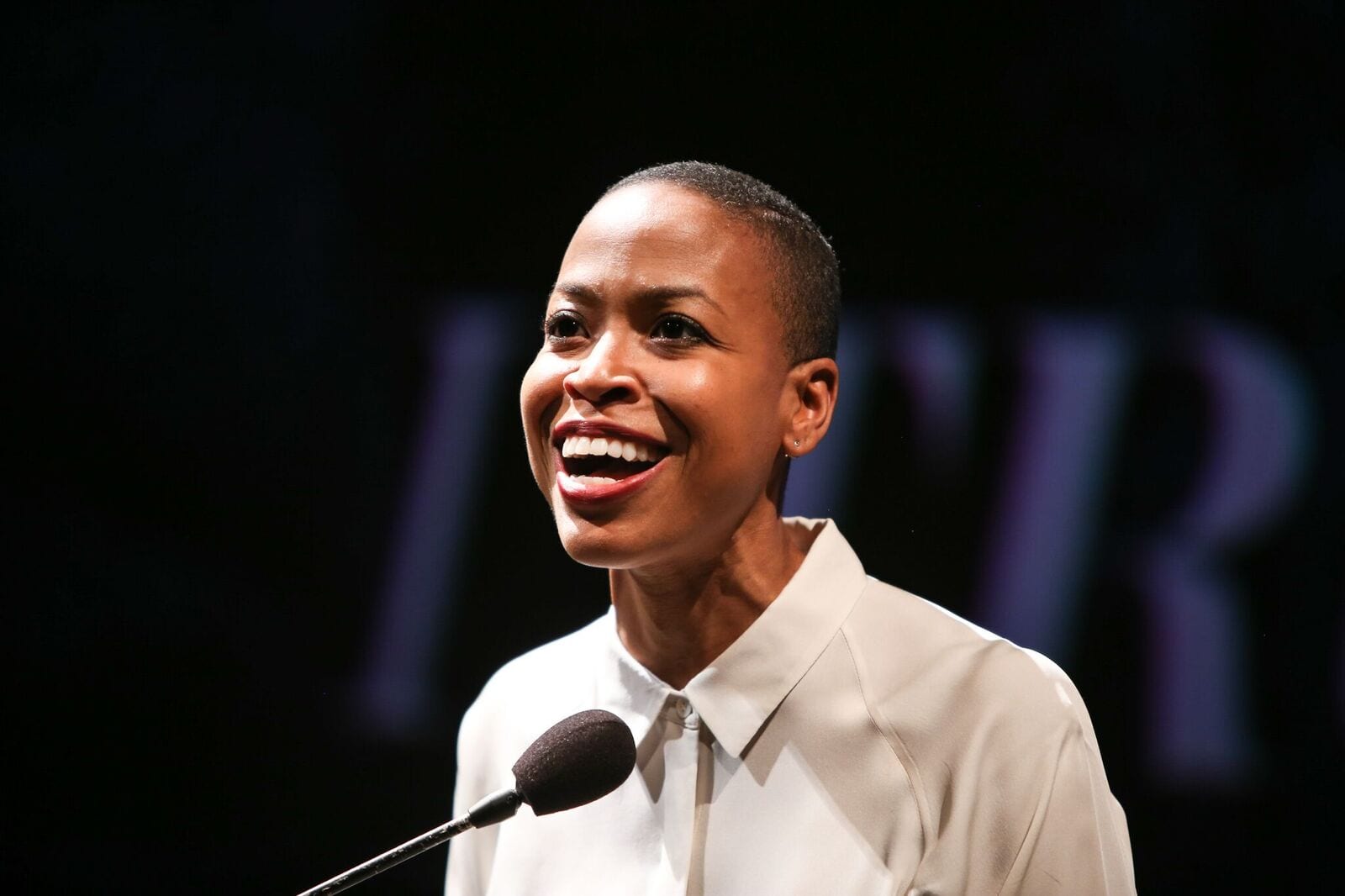 The closing ceremony was never about some sort of sanctimonious praise. It all came back to James Baldwin, accented quite beautifully as the Q&A ended with a call-to-action to the audience for everyone to take out their phones once again and tell the world about James and his work, to allow his legacy to grow stronger within popular culture. I left the proceedings incredibly proud to have witnessed what the officials from the inaugural Smithsonian African American Film Fest and the cast and crew of If Beale Street Could Talk offered in terms of wisdom and respect, and hopefully that feeling has come across here.

If Beale Street Could Talk and the sensation around it were simply too powerful to ignore. But then again, you’ll have an even harder time ignoring this movie and its timely messages as it ultimately will receive multiple nominations from the Academy in a few months time. When the press tour for If Beale Street Could Talk ramps up leading to its late-November release, remember that James Baldwin was the pioneer of it all, and nothing, not even a few last-second changes to logistics — or even a possible conniption from one of the festival organizers — was going to deny that fact. 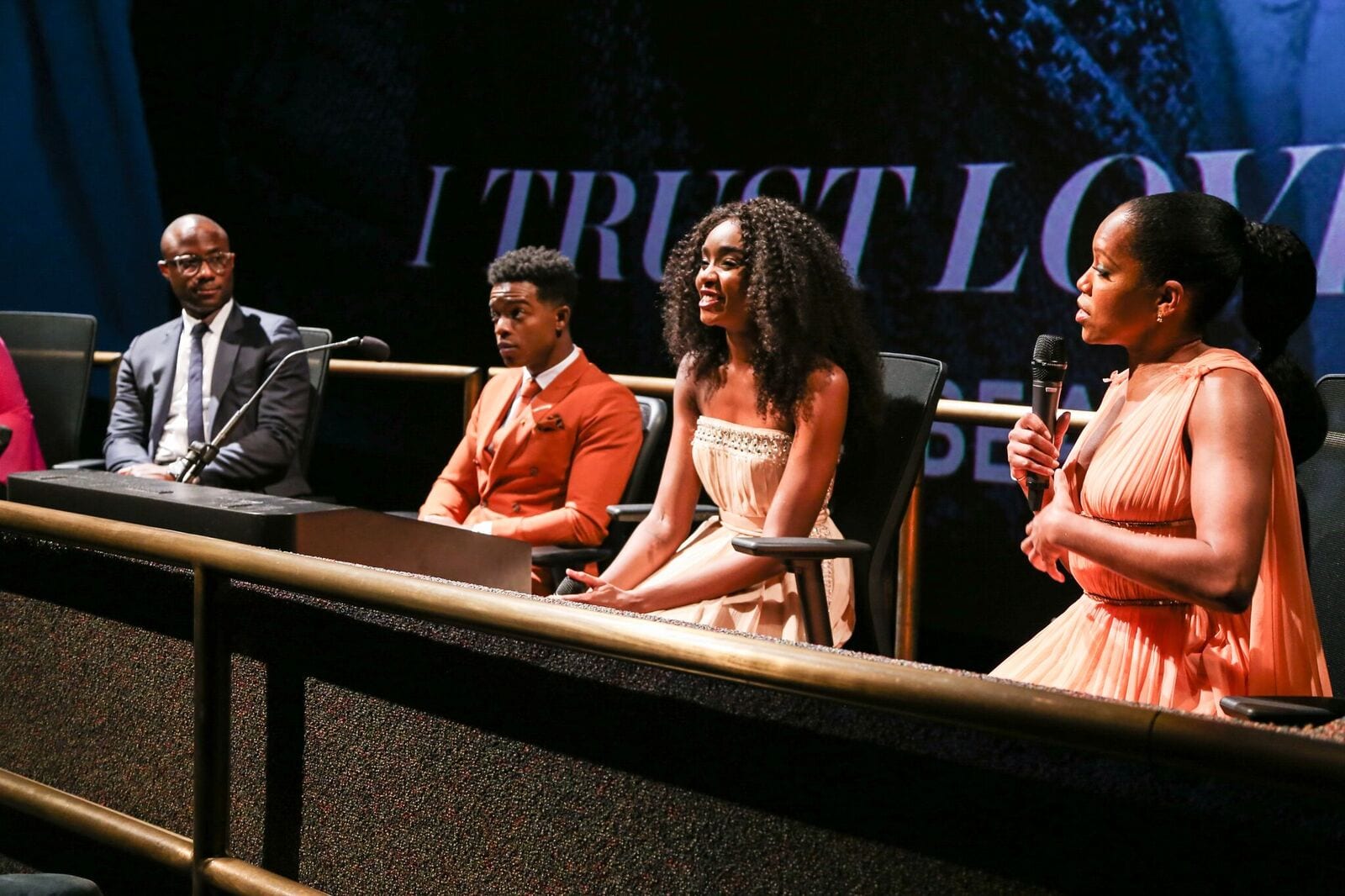 If Beale Street Could Talk is scheduled to release in the United States on November 30th.

Thank you for reading! What are your thoughts on the D.C. premiere of If Beale Street Could Talk? Comment down below!

Really proud of this coverage! It got me geared up for the movie!
Also how smart of it was it for Kiki to namedrop Storm like that? Now she for sure getting that role.

Like Regina King said, she sure knows what she’s doing! 😁