40 Years of ‘The Warriors’: How Well Does the Cult Classic Hold Up? 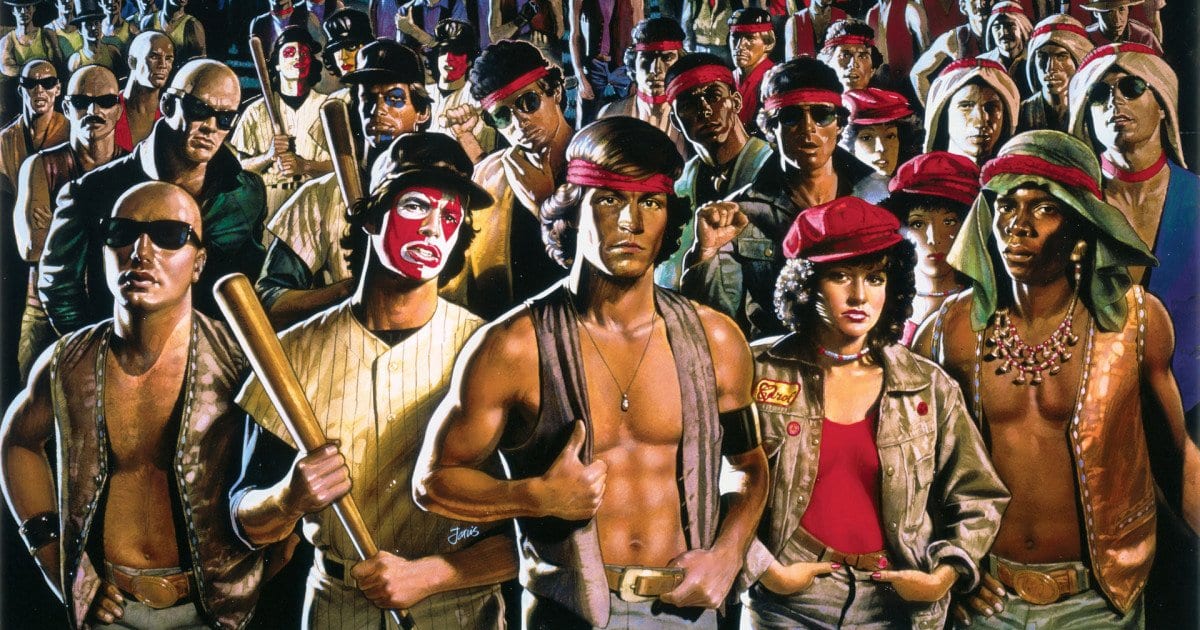 Last week, Walter Hill’s street-fighting gang adventure The Warriors celebrated its 40th anniversary. Hill’s film, while initially poorly received by critics, has in the decades since its release garnered a massive cult following. But the big question that accompanies a cultural milestone of this kind is: Does it hold up? The answer, as it turns out, is a bit complicated. But we’ll get into that soon enough. 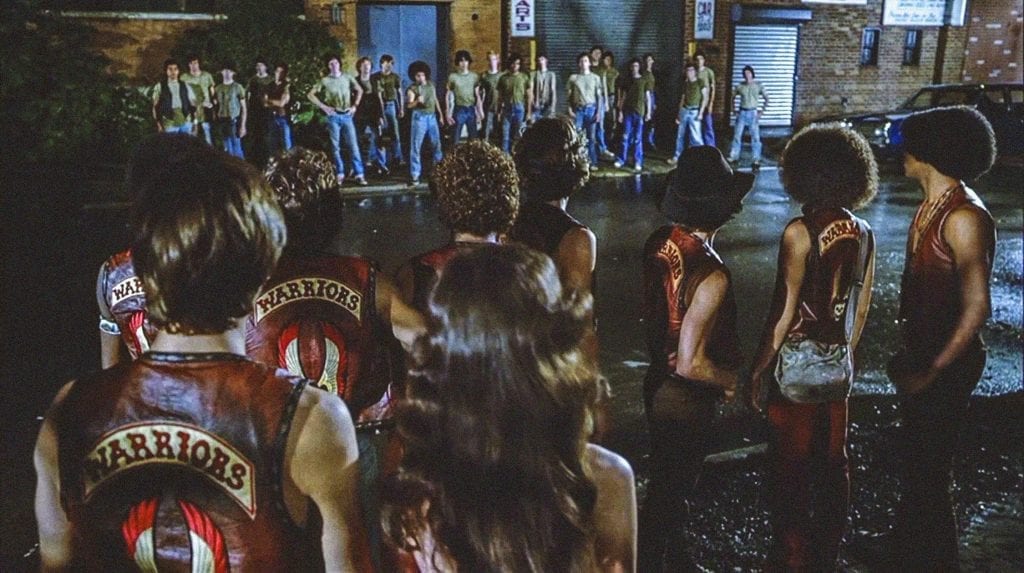 The Warriors takes place in a futuristic version of New York City overrun by dozens of street gangs. One evening, charismatic gang leader Cyrus (Roger Hill) assembles delegates from each group in Van Cortlandt Park. There, he delivers an impassioned address, preaching unity among the gangs as they attempt to take over the city “one borough at a time.”

As his speech ends, however, Cyrus is shot and killed by Luther (David Patrick Kelly) of the ruthless Rogues. Luther pins the assassination on a Coney Island-based gang called the Warriors. That enclave’s leader, Cleon (Dorsey Wright), dies in the ensuing scuffle. The rest of the Warriors escape, and cool-headed Swan (Michael Beck) assumes leadership. They decide to make their way back to their home turf. Meanwhile, gang members lie in wait throughout the city, hoping to take vengeance on those they believe to be Cyrus’ murderers. 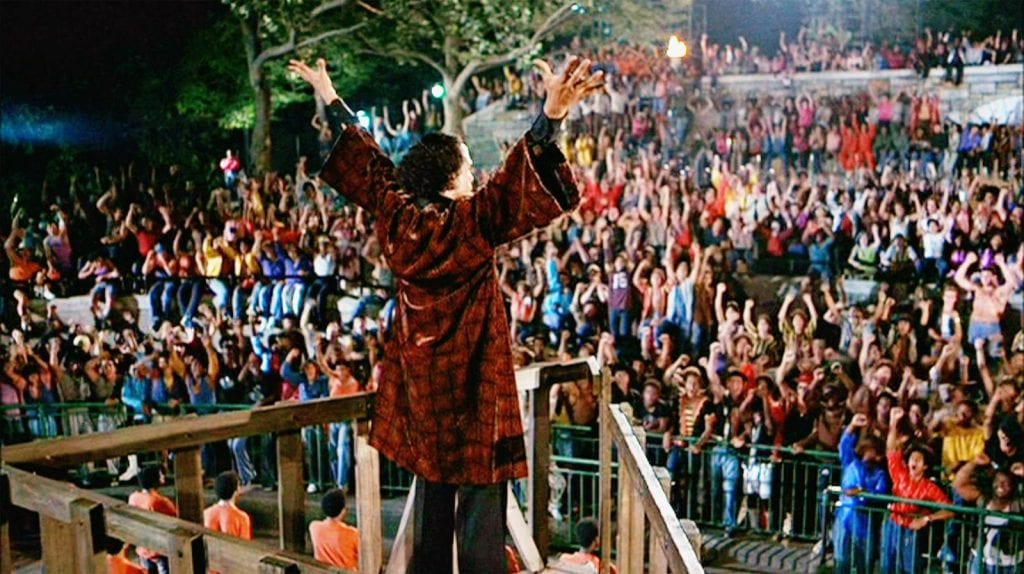 “I think we’d better go have a look for ourselves.”

The opening credits for The Warriors rank among the best and most visually captivating of the era. Barry De Vorzon’s pulsating synth score thumps in the background as the various gangs make their way to Cyrus’ summit. Red spray-painted titles zoom out towards the audience over dazzling blue-tinted shots of subways heading towards Van Cortlandt. This introduction, along with Cyrus’ memorable speech, promises a big, rip-roaring epic about angry young freedom fighters rising up against an oppressive establishment.

Then Cyrus gets shot, and it all heads downhill from there. 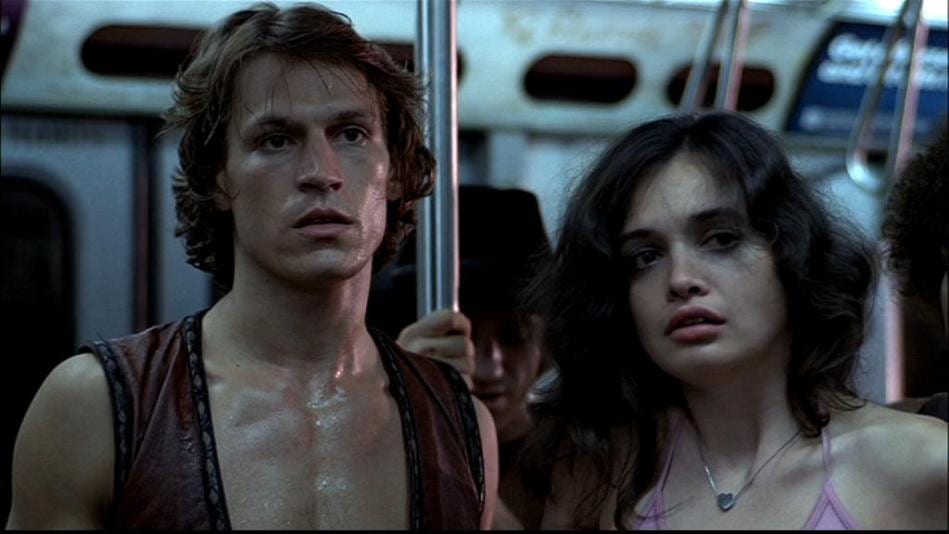 “Why don’t you just tie a mattress to your back?”

In the universe of The Warriors, young people seemingly run everything and adult supervision is practically a nonentity. This results in a Peter Pan-like fantasy fulfillment for the Warriors, who never have to “grow up” and can roam freely through New York without anyone telling them what they can and can’t do. This freedom, however, comes at a price.

Forced to fend for themselves out on the streets, the Warriors seem to have lost their collective conscience in the process. They frequently let their worst and most juvenile instincts get the best of them. This is especially apparent whenever the gang encounters women. 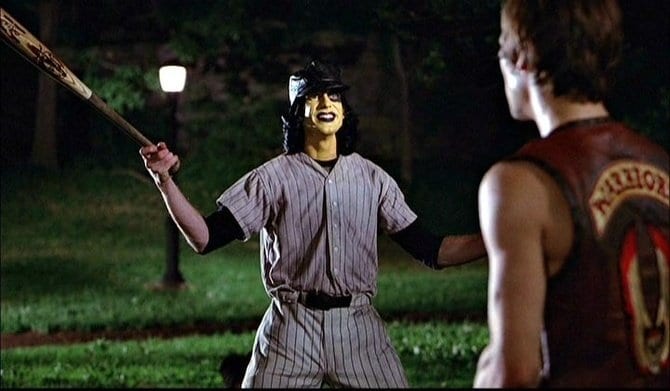 It’s worth mentioning that male characters dominate the entire film, and the few women who do show up function almost exclusively as sexual objects.

Mercy (Deborah Van Valkenburgh), a former member of the Orphans who joins the Warriors on their trek to Coney, bears the brunt of their misogynistic aggression. It’s implied that she sleeps around with various men, which the Warriors see as a source of shame. “Why don’t you just tie a mattress to your back,” Swan asks her in one scene. “You don’t care where it is [you have sex], do you?” It’s depressing to watch Mercy get shamed for merely living her life on her own terms (“I want something now,” she says. “This is the life I got left, you know what I mean?”)

Meanwhile, we watch as hotheaded Warrior Ajax (James Remar) takes a detour during the gang’s trip to “get a little exercise” with a woman named Chloe (Mercedes Ruehl) he encounters in Riverside Park. Chloe, an undercover cop, swiftly places Ajax under arrest; nevertheless, the film doesn’t show much disdain for his glaringly obvious act of sexual assault. We’re still expected to sympathize with this entitled squad of alpha-male doofuses as they roughhouse their way back home. You almost find yourself rooting for the cops. 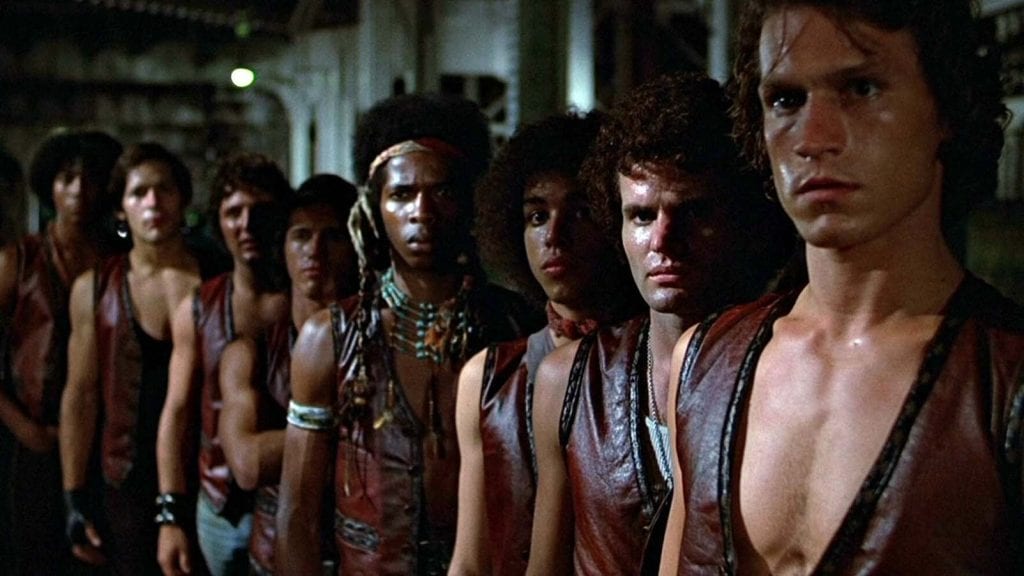 In addition to its rampant sexism, much of the film is just plain…dull. Granted, it’s not a total slog. Andrew Laszlo’s cinematography looks gorgeous, especially considering he shot the bulk of the movie at night. Hill and Laszlo film the chase and fight scenes with plenty of care and technical skill, and they’re fun to watch as a result. And Van Valkenburgh and Ruehl make the most of their limited roles, giving among the few truly memorable performances here (apart from Roger Hill’s firebrand Cyrus and Lynne Thigpen’s Greek-chorus radio DJ).

But truly caring about the Warriors themselves — the people we ostensibly should root for — proves a tall order when they’re barely actual characters. The actors portraying them deliver their lines in either a flat, wooden monotone (i.e., Beck) or an obnoxious, hammy whine (i.e., Remar). Without an emotional backbone of any sort, we’re left with Guys in Weird Outfits Running From Other Guys in Even Weirder Outfits: The Movie. Don’t we, the audience, deserve better than that — especially after that killer credits sequence?

Ultimately, The Warriors presents us with a reasonably interesting, action-packed story — and takes itself far too seriously to offer much else. In response to Cyrus’ famous query to the uproarious crowd of gang members: No, I can’t dig it.

Thanks for reading! What are your thoughts on The Warriors? Comment down below!

If you were a teenager in 1979 this movie was a blockbuster, this critic sounds like a millennial and does not grasp the concept. Easy to quote bad acting 40 years ago, but filming and special effects have changed a lot since then.

A fair point on the sexism. Totally disagree on being dull. Rewatched it a couple of years ago and it kept me fascinated.

May I suggest to read the book on which this movie is based upon? It’s truly amazing, and far superior to the movie (even though I enjoy rewatching it from time to time)!

An Unnecessarily Deep Dive Into ‘Predators’