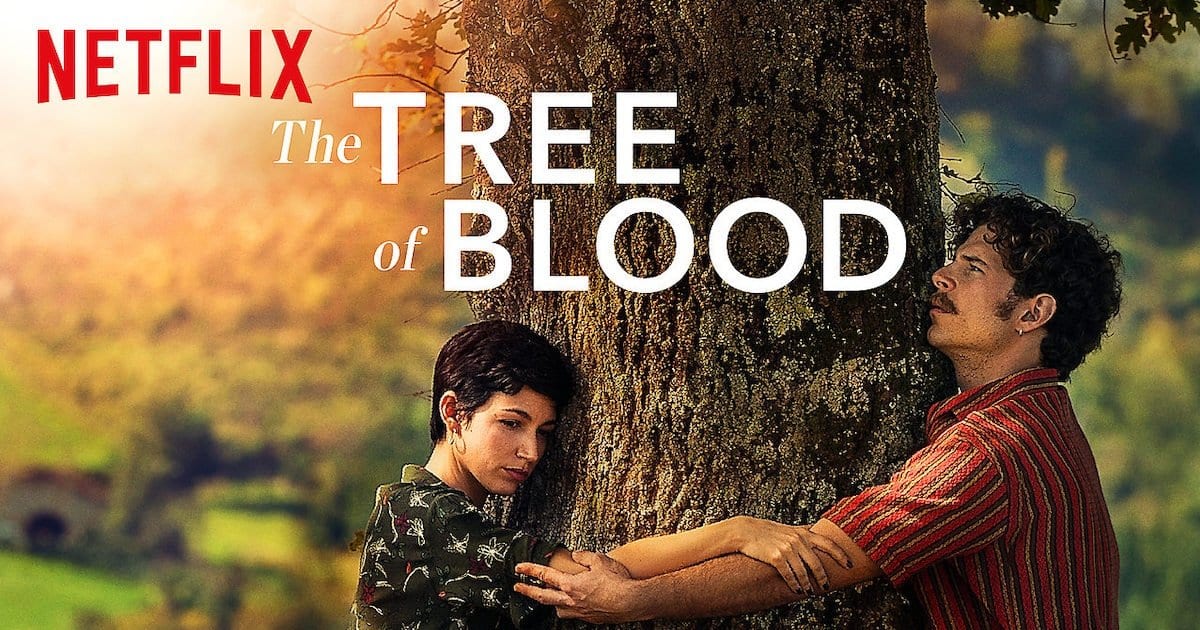 The Tree of Blood is a tortuous road filled with sex, lies, secrets, violence, and bulls — lots of them. For anyone craving a two-hour soap opera, this Spanish drama just might hit the spot. But for those of you who can take just so much drama, you might end up raising an eyebrow at the absurd levels of melodrama this film offers.

The Tree of Blood follows a young couple, Marc (Álvaro Cervantes) and Rebeca (Ursula Corbero), as they write a book about their intertwined family histories. They settle on the house where Rebeca’s grandparents lived so they can get some extra inspiration, but they go only as far back in time as their parents, attempting to avoid the political turmoil that struck their families decades before. Marc discovers his father has connections to the Russian mob, and he finds out a troubling secret about Rebeca. The deeper they go into the past, the more their relationship is threatened. The question is, will their love be able to withstand the unveiling of dark secrets?

The Film Starts Out Fairly Strong 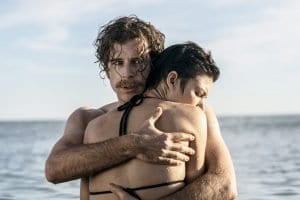 The first thirty minutes of the film are attention grabbing. The low-key beginning as the couple approaches the house and gaze out on the bull-filled landscape makes us feel that we’re about to get a heartfelt, nuanced story. As they sit in the living room to write, they agree “no politics,” and we’re immediately asking why.

Rebeca begins her story with her former rock singer mother who got pregnant from a guy she didn’t know. After Rebeca’s harrowing birth, which involved two organ transplants, in walks Victor, a charming saint (who has nothing sketchy in his past, of course). Victor marries Rebeca’s Mom and begins helping out the family.

Meanwhile, Marc’s mother, Nuria (Maria Molins), is getting over the tragic not-so-accidental death of her parents. Then in walks Olmo, another charming man who the movie symbolically compares to a bull in nearly every scene. Olmo hides Nuria from the bad guys who killed her parents — not before seducing her, which he does by merely revealing his body in all its muscular glory.

The Web Gets Too Tangled, Too Unbelievable 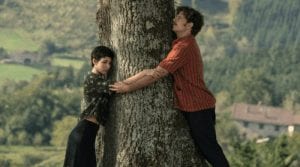 At some points in the film one may be wanting a family tree to keep track of who’s who. This confusion may come from the fact that there are different actors playing each of the characters at different stages in their lives. It makes sense to do this, but the actors don’t look similar enough to each other to keep one from thinking “wait, who’s that again?”

Even when the characters become clear, the plot morphs into a labyrinth of drug abuse, semi-incestuous relationships, a suicide attempt, a murder-suicide, and, of course, bulls.

Forgettable Characters and Issues With the English Translation 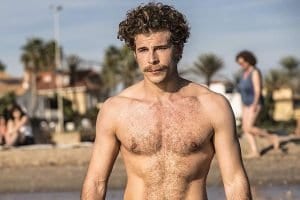 One aspect of the film that’s reminiscent of soap operas is the lack of charisma in the characters. They’re beautiful, often pretty wealthy, and they feel far away from the everyday experiences of the audience. The Tree of Blood is filled with such characters and it became challenging to keep track of the unfolding drama when I simply didn’t care about anyone in the film.

Perhaps the issues I had with the characters weren’t due entirely to the actors’ performances. As it appears on Netflix, The Tree of Blood includes voice-overs in English rather than English subtitles. While this may seem convenient, it has flattening effect on the performances and may make the plot less digestible than it would be otherwise.

The director isn’t necessarily at fault for this aspect of the film, but it is important to note that an English-speaking audience may find the performances in the film less emotive because of the voices inserted over the actors’ dialogue. 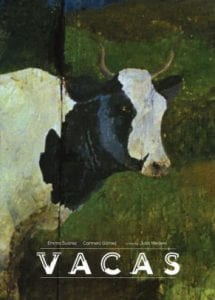 Image via Barnes and Noble

Stylistically speaking, the film is pleasant to look at, but the primary symbol used in the film, Bulls, is excessive and somewhat vague. I have to confess that I’m ignorant of what this symbol means and why it is used unrelentingly and with such frequency that it practically stampedes the audience.

Within the first half of the film I was curious about the horn symbolism, as we see several closeups of horns and Olmo even proudly declares that he is a bull at one point. But as the bull seemed to keep slapping me in the face, I lost interest. What this symbol means and why the animal is of central importance to the film is anyone’s guess.

Being new to Julio Medem’s work, I can’t claim to fully understand his style of filmmaking or why certain choices in symbolism or plot complexity are used. But I can say that even for someone who enjoys dramas, this film stretches my credulity to the point where I no longer wanted to watch.

Perhaps someone out there who is more familiar with this genre and director will find The Tree of Blood more appealing.

Thanks for reading! What are your thoughts on The Tree of Blood? Comment down below!