written by The MovieBabble Staff April 8, 2020 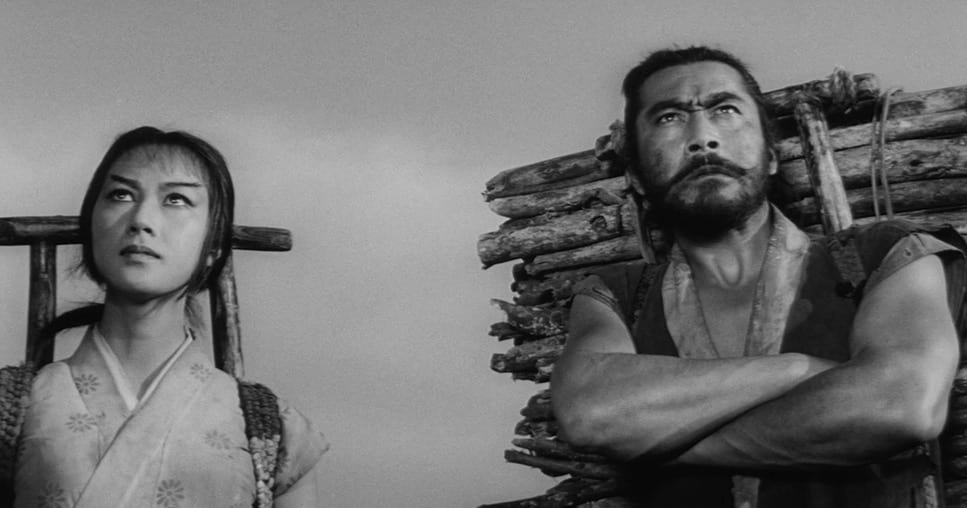 Often cited as the inspiration for Star Wars, Akira Kurosawa’s adventure epic about two bumbling thieves stumbling upon a lost princess was recommended by not one, but two members of the MovieBabble Staff:

Spencer Henderson: The Hidden Fortress is great escapist entertainment by the greatest director of all time. It’s wildly exciting, hilarious, and moving.

Collin Willis: The Hidden Fortress is thrilling from start to finish, and features one of the greatest movie duels of all time, clocking in at nearly ten minutes long! Having only gotten into Kurosawa’s films this week, I keep finding myself amazed at how organically he moves the camera throughout the story. He also directs his actors very well, specifically Toshiro Mifune, who is nearly unrecognizable in each subsequent collaboration with the director.

Sean Coates: Are you a struggling filmmaker or creative going insane in isolation desperate for some inspiration while trapped within the confines of your house? Look no further than the Iranian renegade master of filmmaking, Jafar Panahi and his meta-documentary masterpiece. Shot over 4 days on a camcorder and a smartphone while Panahi was under house arrest awaiting the verdict of his trial, This is Not a Film follows Panahi confined to his Tehran apartment as he tries not to make a film. It’s a brilliantly self-reflexive and humorous look at not only Panahi’s career but also a scathing commentary on censorship and artistic freedom.

Sandra Reid: A horror-comedy musical that shows just how far Starkid Productions have come since the days of A Very Potter Musical. Follow Paul, a man without a want in the world, as he realizes that his friends and neighbors are coming down with a case of choreographed dances and perfect harmonies. Featuring a kooky reclusive biology professor, a big kitty sweater, and zombie-trope jokes galore, it’s a perfect watch in a time of infectious crisis.

Brian Connor: A far more interesting apocalypse than the one we’re having. A twist on zombies that should be as well known as 28 Days Later that’s smart and stylish and plain damn weird.

Thank you for reading! What are your thoughts on our Quarantine Staff Picks? Comment down below!

I went with straightforward classic – Harold and Maude, The Big Chill, A Simple Plan. With each, I wondered if anyone would ever dare remake them.

If we’re operating on an infinite timeline, I’m sure some bad exec will think to do so! (Sighs)

Great picks by the way! I’m looking forward to when my personal picks are featured in the series :)