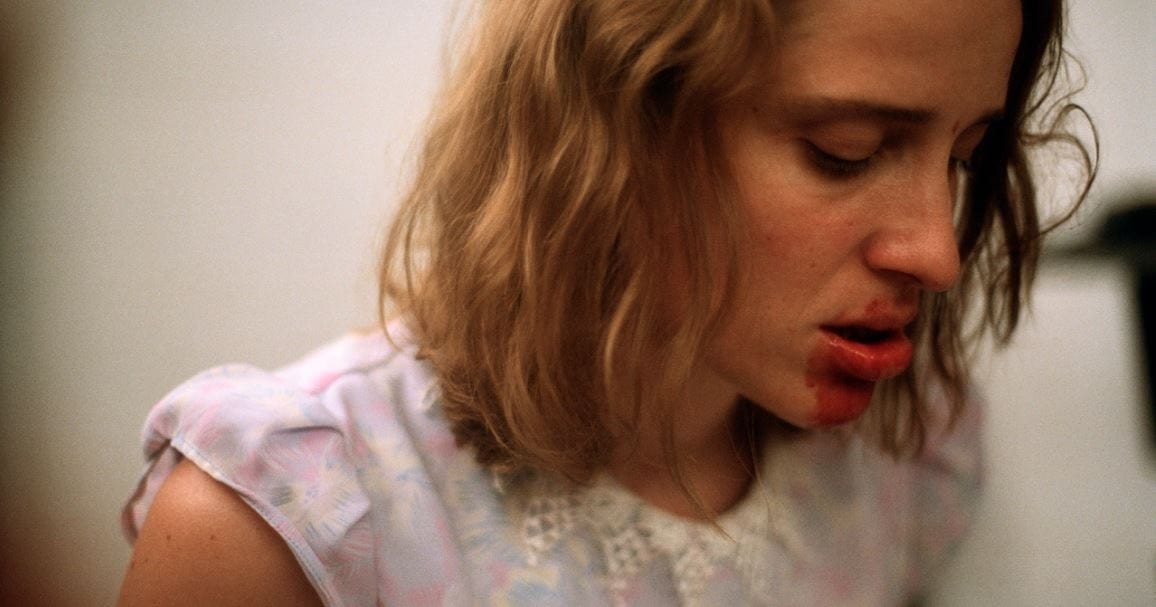 Before I start this installment, I would like to mention that Tubi TV recently added one of the best movies of the 21st century (so far) in its catalog: Whiplash. Even after numerous viewings. I still consider this movie to be a masterpiece. I simply cannot fault it. So, go and have a look. (FYI: in my top 10 movies of the 21st century, Whiplash is currently at number 2, Uncut Gems being number 1.)

Two interesting remarks about this week’s selection. I accidentally watched two movies, one after another, that dealt with the same theme but from a different perspective. And to be honest, I had a lot of fun with it. More importantly, I have decided to widen the definition of the challenge I usually present to you at the end of each episode. More about that later… Let’s start with my recommendation for this installment!

This is a made-for-TV film, but since it drew a lot of attention in the UK and it’s actually a very good movie, I decided that it deserved some attention here. The Unloved deals with a subject that is often ignored: the plight of children in the UK’s care system and its children’s homes. I can assure you that after watching this movie you will be glad you grew up with your own parents/family.

The main character of The Unloved has no such luck. 11-year old Lucy grows up with a father who is abusive and violent. The mother on the other hand is out of the picture because she is incapable of taking care of her own daughter. It doesn’t take long before Lucy finds herself in a children’s home. But are things really better there?

The young girl has to share a room with a teenager named Vicky. In the beginning, Vicky isn’t too happy about having to share her room, but she soon has a change of heart and assumes a protective attitude towards Lucy. Unfortunately, notwithstanding her good intentions, Vicky’s rebellious attitude gets Lucy into even more trouble than she is already in. Moreover, the children’s home turns out to be a very noisy and chaotic environment.

Things become even worse during the Christmas period. Lucy pays a visit to her family, first her father, and afterward her mother, only to be rejected again. And things become quite violent in the children’s home when social workers turn against each other during a party. Will Lucy’s faith in the Holy Ghost help her against all these calamities?

Actress Samantha Morton directed and co-wrote this movie, which is also semi-autobiographic. Look out for the performances of Robert Carlyle (Father) and especially Molly Windsor (Lucy). Both are heartbreakingly brilliant.

These are the two movies that I mentioned in my introduction. They both deal with the same theme: searching for the ultimate proof of ghosts or God. In other words, proof of the afterlife. Their approach — and especially tone — however, is very different, to say the least.

Tubi TV classifies Ghost Team as a horror movie, but I would rather call this an independent comedy-thriller. It’s a parody on paranormal shows such as the immensely popular Ghost Adventures — heck, even I am a fan. The members of the Ghost Team, however, are far less professional than the researchers they eagerly watch on television. They are clearly nerds, and I would call some of them even weird. Moreover, they actually have to “lend” their equipment for a night of some good old-fashioned ghost-hunting.

As you can imagine, a lot goes wrong that night. Things are not what they seem to be and all members at one point or another get into some serious trouble. What’s really funny is all that so-called technical mumbo-jumbo that they use — watch any episode of Ghost Adventures and you see what I mean. The one thing that I didn’t like, however, was the very cheesy feelgood message that kicks in toward the end of the movie. Other than that, I can recommend this for all paranormal enthusiasts. Warning: after watching Ghost Team, a certain song will be stuck in your head for a long time!

The Possession of Michael King is something completely different. No, the screenplay is not the most original, nor the most clever. Yes, there is a lot of blood, gore, demons, more demons, and jump scares (and some really nice ones, for that matter). So, if you are looking for good old horror entertainment, watch it!

The titular Michael King is a documentarian who doubts the existence of God, whereas his wife is a firm believer. At the beginning of the movie, the latter is killed in a freak car accident. This prompts King to once and for all search for proof of the afterlife, a project he turns into a documentary. The filmmaker starts to interview demonologists, Satanists, exorcists, and the like. Things soon become creepy, of course, and his cameraman quits. Michael, on the other hand, becomes more and more obsessed with the subject matter. As the title suggests, he gets a lot more proof than he’s bargained for.

In this section, I usually feature movies that are so bad that it is a real challenge to watch them. But, recently, I have become aware that there are other reasons why it’s so difficult to watch a certain movie. It can be the subject matter, the way a movie is filmed, or an intricate screenplay. That’s the reason why I have decided to broaden the definition of The Challenge.

The film for this challenge is a perfect example. Dogtooth is the second feature film from Greek director Yorgos Lanthimos; the movie received recognition at Cannes and was also nominated for an Oscar.

But Dogtooth is indeed not an easy watch. Having a tenuous relationship with one’s parents is something I know very well, but my parents are nothing compared to the ones displayed here. These parents actually keep their three children away from outside life and even teach them a new but completely absurd language. Moreover, the teenagers keep themselves busy with weird endurance games, get rewards (usually stickers) for good behavior, and violent punishments when they behave badly.

And unfortunately, there are more difficult scenes to watch. Toward the end of the movie, the parents celebrate their wedding anniversary and charge their offspring with the necessary entertainment. The son is best off since he only has to play the guitar. The daughters, however, have to perform an awkward dance that is inspired by Flashdance; I found this extremely cringey. While I do admit that Dogtooth is a masterpiece, I had to take a breather halfway through the movie.

Let us know in the comments what your experience watching Dogtooth was like!