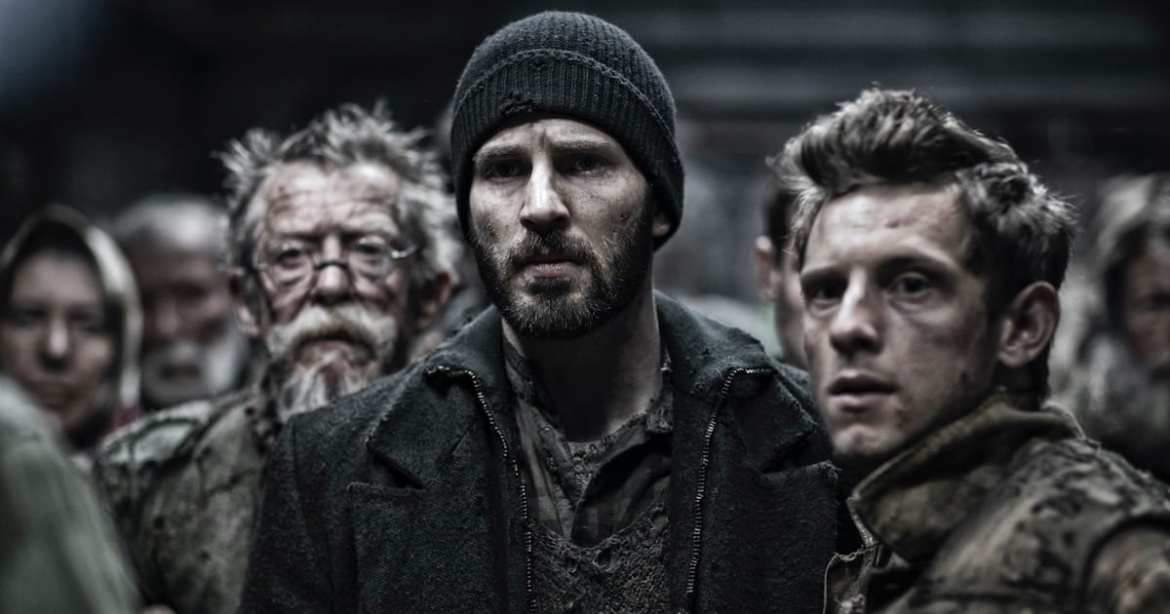 Tubi gets better and better every month; recently, they added the early James Bond movies to their catalog. So, if you want to see a young, sexy Sean Connery in those fun and kitschy movies, check it out! Personally, I have been nosing around in the lesser-known movies and have come up with something good, weird, bad, and a real challenge for this round of recommendations:

This is a real treat! Snowpiercer is Bong Joon-ho’s first English-language movie. It’s a sci-fi movie that features various social and environmental issues and treats them with Joon-ho’s trademark black humor. After a climate experiment goes awfully wrong, all the survivors find themselves on a train driving at high speed around a frozen planet Earth. There is a class system on the train, with the poorer segment of humanity at the end and the rich in front of the train, with armed guards and a water reservoir between the two. To make things worse, the poor live in dire conditions whereas the rich have access to the finest food and entertainment. Things soon get out of hand when two poor children are kidnapped. Snowpiercer boasts an excellent cast with Chris Evans, Jamie Bell, Octavia Spencer, John Hurt, Tilda Swinton, and Ed Harris. Highly recommended, especially if you liked Parasite.

Dutch horror with a twist. Dutch director/writer and actor Alex van Warmerdam made his own version of a home invasion. This is not a group of armed criminals or deranged teenagers bursting into someone’s home, but rather a creepy slow version where a group of hobos led by the enigmatic Camiel Borgman slowly infiltrate the home and the minds of a well-to-do family. Borgman especially is a master in the manipulation of the minds of his victims. The way these criminals dispose of the bodies of their victims is gruesome indeed. The whole movie is characterized by a weird, mysterious vibe, which you will never forget. Flemish actor Jeroen Perceval is excellent as the homeowner with a short temper, but there is no denying that all the attention goes to the mysterious leader Camiel (Jan Bijvoet). Borgman made its debut at the Cannes Film Festival.

This is not a bad movie, this is an awful movie. I expected demons and a lot of other paranormal themes. After watching it, I felt physically ill, because of the huge lack of quality and a lot of unresolved storylines. At the beginning of Daimonion, a man sitting on a bench is brutally killed. At the end of the movie, you still don’t know the identity of this victim, let alone that of the killer or the motive of the murder. Daimonion is based on a screenplay with more holes than a piece of Swiss cheese. Apart from the terrible screenplay, there is some lackluster acting.

The one thing I do know is that the central character is a journalist who has come back from a mission in Congo and intends to write a book about it. And his girlfriend/colleague/whatever has disappeared under mysterious circumstances. This is director Fabian Barth’s only movie, and I hope he keeps it this way. If he ever feels compelled to direct another movie, let him seek out a better writer.

Ruben Östlund is a Swedish director known for Force Majeure and The Square, both huge successes at the Cannes Film Festival. The central character in The Square is a curator named Christian who struggles with various professional and personal issues. His phone gets stolen, he becomes involved in an affair with an American, and in a moment of distraction, he approves a controversial clip to promote a new artwork, called “The Square”. The movie tackles the issue of freedom of speech and in general is a smart, almost surreal attack at the decadent world of contemporary art.

Most of the movie is based on Östlund’s own experiences and that of other artists. The Square is not an easy watch, maybe not everybody will understand the satire and there are a couple of horrific scenes, such as the controversial, “explosive” clip and the performance art scene (also known as the monkey scene). If you are open-minded, however, The Square is a more than enjoyable movie.