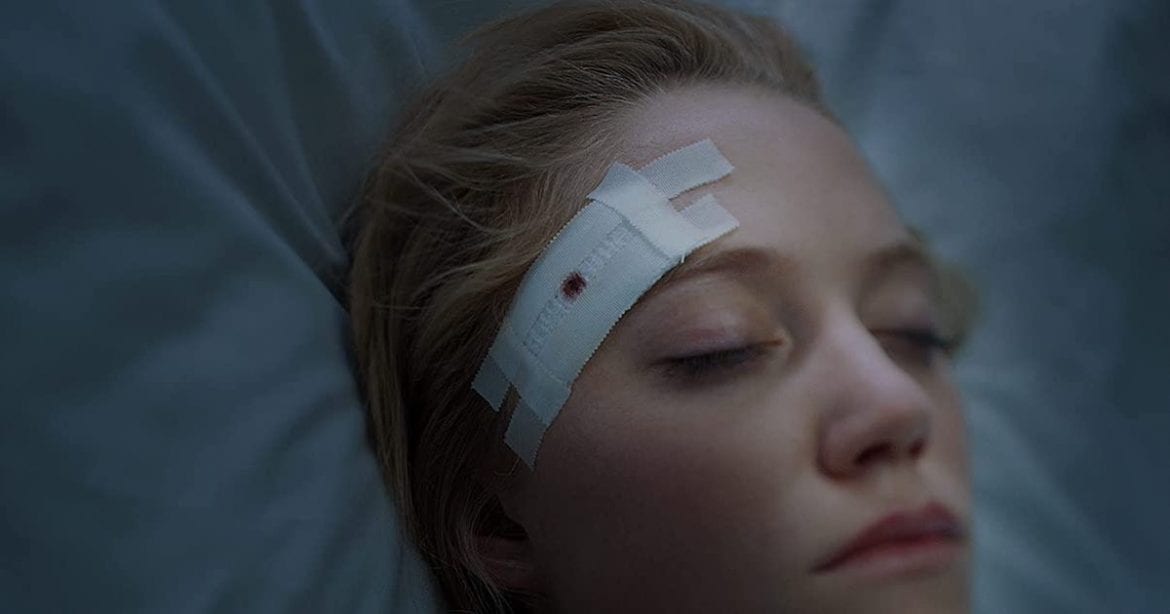 There is a heatwave going on in Spain right now… Instead of going outside and feeling like a fried chicken in an oven, I prefer to stay in a cool room, and watch movies. Here are the results of another week of exploring paradise (and sometimes hell!) that is Tubi TV. Lots of horror and thrillers this week, and for once, I stayed with English-language films:

Tubi TV classifies this movie as “Independent horror“, two words that make me feel very happy. If you are looking for some entertainment, this will not be your movie. On the other hand, if you like the words “intelligent”, “original”, and “creepy”, It Follows is worth a try! I, certainly, was not disappointed.

Teenager Jay (Maika Monroe) is looking forward to a date with her new boyfriend. At the end of the night, however, she finds herself in a total nightmare. It turns out that she is pursued by a supernatural being that can take the shape of any person. And the only way to pass it on is via a sexual encounter (like her boyfriend did to her). Her sister and 2 friends try to help her, but will Jay be able to escape the curse?

There are some really nice jump scares in the movie, but director and writer David Robert Mitchell wisely chose not to overuse them. Instead, he focuses on the screenplay. The movie certainly has an intriguing beginning — the scene on the beach! — and it only gets better and better. The first time Jay is confronted with her curse is downright frightening. Mitchell succeeds in building up a lot of tension, but the real star of the movie is the creepy atmosphere, supported by a spooky soundtrack. Somehow, It Follows reminded me of Ringu (the Japanese original from 1998), which by the way, also deals with a curse!

Even if you are not a fan of horror movies, I highly recommend It Follows. Maybe it will even convert you to this genre!

This movie was frightening as well, but on a different level. And the scariest part is that it is based on true events. Compliance had me in its grip from the beginning to the end.

The movie takes place in a fast-food restaurant. Manager Sandra is having a really bad day, while the busiest evening of the week is just minutes away. Things become even worse when she receives a telephone call from a police officer claiming one of her employees stole money from a client. The accused young woman, Becky, tries to convince the two that she is innocent, and then things get completely out of hand.

Most of the events of the movie are situated in one location only, a storage room. That may sound boring, but due to the incredible things that happen to Sandra and especially to Becky, you will be intrigued, to say the least. Ann Dowd is outstanding in her role as the distraught manager whose frustration and confusion grows by the minute. In my opinion, however, all kudos go to Dreama Walker for the very challenging character of Becky.

Compliance is more than an interesting movie, it’s a must-see.

Sometimes, I find interesting stuff on Tubi TV by just typing in a title and hoping for the best. Black Christmas had been on my wishlist for a long time, and I have finally seen it!

But I was a tad disappointed… It’s just a slasher movie like so many others. A group of sorority sisters is hunted by a serial killer. Victims die one by one… There isn’t much else to say. Black Christmas is certainly not bad, but the movie has not withstood the test of time gracefully. And… it’s quite slow; between the first and the second murder, for example, there is about half an hour. And even if you are not a horror expert, you quickly find out who the killer is. Which, of course, takes away all the fun.

Verdict? Only for the die-hard horror fans.

Sink your teeth in this one, ladies and gentlemen, for this is without a doubt the worst movie I have ever seen. EVER. It’s far from original. It’s silly and stupid. If this just so happens to be the very first horror movie you are going to see, I can safely guarantee you will NEVER want to see another one again.

So, it’s 2019, and some people in horror movies still don’t know that when you are going to camp in a spooky forest and you have sex, you will die… Moreover, another character is about to check out some creepy noises and promises his sexy girlfriend that “he will be back”… Of course, he won’t. Can there be any more clichés? When the bodies of the unlucky campers are found, their death is quickly linked to Bigfoot (because, obviously, that is the most logical reason).

Shortly afterward, a TV producer, who has seen better times, comes up with a brilliant idea: he’ll make a show about his investigation into whether Bigfoot has something to do with the murders or not. And off he goes to the same creepy forest with an arrogant assistant who cares more about her Instagram feed than her work, a couple of obscure specialists, a far from enthusiastic cameraman, the father of one of the victims, and a very mean-looking ex-military ugly creature.

Yes, when I am about to be fired, I will come up with the worst proposition ever to sav my job. I will also assemble a crappy team. This all makes total sense.

Some remarks and questions:

Hopefully, they won’t make a sequel…

[…] a look at the original article here! I found more gems and unfortunately also one of the worst movies ever […]