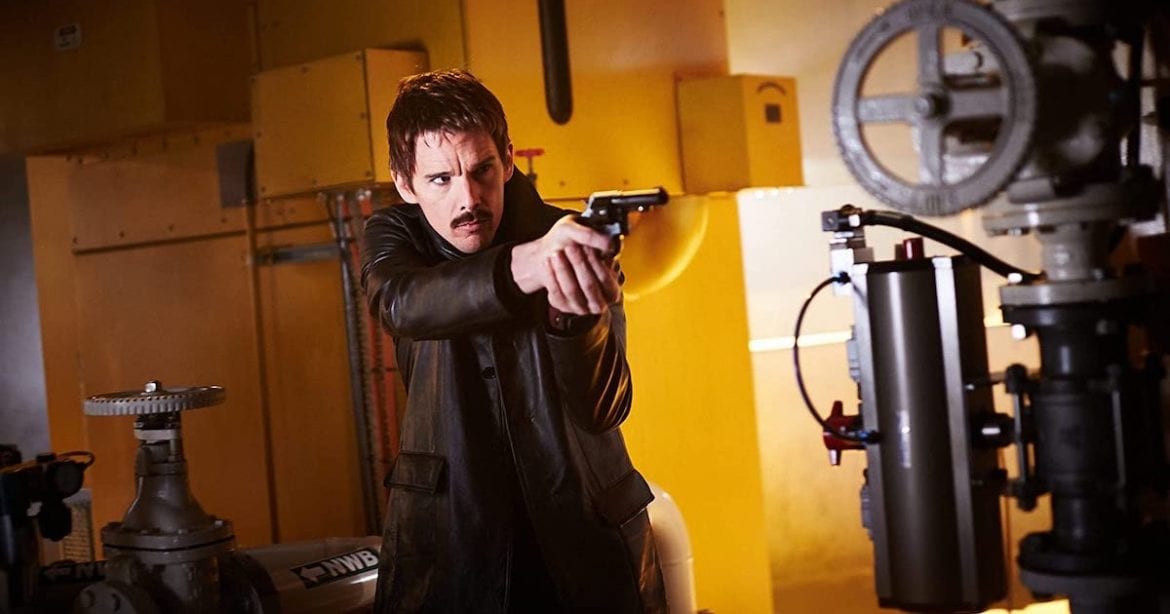 Welcome to another selection of interesting (and unfortunately, also less interesting) movies on Tubi TV! I have noticed that my selections tend to be quite international, and this week is no exception. From Denmark to South Korea, from a historical drama to horror, here we go again!

The Danes have been very popular with the Academy the last 10 years with regular appearances on shortlists, nominations, and even a win. One of the nominations (both for the Oscar and Golden Globe, by the way) is A Royal Affair, a historical drama, starring Mads Mikkelsen, Denmark’s own sex symbol.

The story takes place in the 18th century. Princess Caroline Matilda of Great Britain is about to marry Christian VII of Denmark. She expects to encounter a dashing young man who shares her passion for the arts and education. Instead, she ends up with a sickly looking king, who suffers from mental health problems. After the birth of their son and because of the growing infidelity of the king, the pair grows apart from each other.

Enter the new royal physician Johann Struensee. In the beginning, Caroline and Struensee are quite indifferent toward each other. That changes when they discover their mutual interest in literature, and a friendship grows. It doesn’t take long for the two become lovers, thus creating one of the most scandalous periods in Danish history. Moreover, the pair try to bring Denmark from the Middle Ages to the Age of Enlightenment by encouraging the king to introduce various laws.

I have to admit: the Danes really deserved their nominations and awards for this movie. A Royal Affair is an elegant, sumptuous production with magnificent cinematography as well as a great soundtrack and some solid acting. You can literally see the sparks flying between Alicia Vikander (princess Caroline) and Mads Mikkelsen (Struensee). If you are not acquainted with Danish cinema, A Royal Affair is the perfect introduction to it.

It all started with me watching the American remake of Oldboy, Park Chan-wook‘s 2003 masterpiece. (If you are interested, you can seek out Spike Lee’s remake, but it will not be your best movie experience of the year…) And then I asked myself if I could find the other two movies in his Vengeance Trilogy somewhere else. On Tubi TV, I was lucky: women first, so I typed in Lady Vengeance, and had an immediate result.

The movie starts when Ms. Geum-ja is released from prison, where she spent thirteen and a half years for a kidnap and murder she did not commit. In jail, she was known as a kind-hearted lady. But now it’s time for revenge. She first tracks down her daughter (given up for adoption). And then with the help of some of the former cellmates, she tracks down the kidnapper and murderer. But will revenge lead to relief and gratification?

There are two versions of this movie. The first one is a full-color version. In the second version, the colors fade until there is only a stark black and white left. On Tubi TV, you will find the latter one. A wise choice since this change in color suits the evolution of the atmosphere of the movie.

But how to describe the ambiance of this movie? Several words come up in my head. Intense. Grotesque. Emotional. Over the top. Violent. Fierce. In the hands of a bad main actress, the challenging role of the main character could have led to a disaster. But Lee Yeong-ae perfectly shows you can be fragile and tough at the same time. Moreover, she creates a movie character that stays in your mind long after you have seen Lady Vengeance. Great movie, although just like Oldboy, I guess this is not for everyone.

And will I try to find the first part of the trilogy? I absolutely will!

Not so long ago, I wrote an article about my dislike of far-fetched screenplays, such as in Inception and (probably) Tenet. (By the way, I stress again that I do admire Christopher Nolan’s other movies a lot!) But these two titles are not my cup of tea. Yet, and I am as surprised as you are, I really, really enjoyed the Spierig Brothers‘ Predestination, a movie that is not exactly based on a simple screenplay.

Now, it would be a really big shame to give too much of the plot away. So, I am going to keep this very short. Ethan Hawke plays a time-traveling agent who tries to stop criminals. The plot also involves a mysterious man in a bar and a certain Mr. Robertson. That is all you need to know.

Although this is a science fiction movie, the human element is far more important than the special effects. And that is probably the main reason why I liked Predestination so much. This requires some good acting, to say the least, and the movie doesn’t disappoint on that level. Can anyone explain to me please how is it possible Ethan Hawke has never won an Oscar so far? What an underrated actor! But the performance that had my jaw dropping on the floor was that of Sarah Snook. Again, I don’t want to give too much away…

In short, if you are looking for a very intelligent and intense sci-fi movie, watch Predestination. To be honest, I don’t know what surprises me the most now: the fact that the Spierig Brothers made this excellent movie or were also responsible for the very mediocre horror flick Winchester.

I didn’t have a challenge last week, but I am back again with a movie that I found very hard to watch. You see, after the magnificent Train to Busan, I was eager to watch some more zombies. I chose The End? — mainly because of the movie poster — and quickly regretted my decision. I didn’t expect to see a masterpiece, but this is just one long Italian yawn. I actually had to fight off sleep numerous times.

There isn’t much to tell. An unsympathetic businessman gets stuck in an elevator of an office building while the entirety of Italy gets attacked by zombies. The main character tries to stay alive; zombies try to get in the elevator. Near the end of the movie, a firefighter tries to help him. Tadaa! That is literally it.

The idea of being stuck in an elevator during a zombie attack may be original, the problem is that the screenplay is full of clichés. It takes away the tension of the movie; there are a couple of jump scares, but not enough to keep you entertained. I also had a problem with main actor Alessandro Roja. Not because of bad acting, it’s actually the contrary! His character Claudio is so disagreeable and cynical that, after some time, you stop caring about his fate.

My Explorations of Tubi TV: Part 5