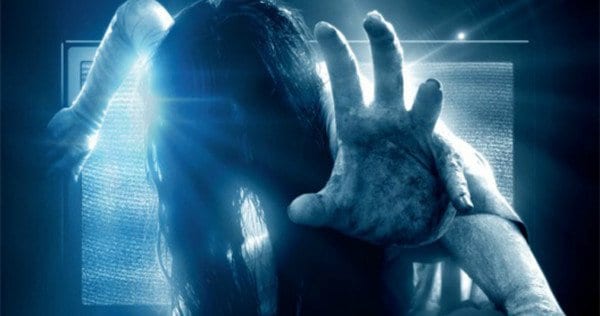 February is a month where movie studios do one of two things.  The first option is that they release a movie that they have high hopes for but are unsure how the movie would perform in a time of high volume for large releases like May or June.  The second, more unfortunate option, is that the studio throws out a terrible movie into theaters, hoping that there isn’t enough competition, allowing for the movie to make its budget back.  The movies on this list skew to the latter condition.  Below are the worst movies of February, and boy were there some stinkers.

Although The Great Wall made a ton of money overseas, the movie failed to draw in a ton of domestic viewers, thus failing to expand the reach of Chinese cinema to Westerners.  The first act of The Great Wall is actually somewhat riveting, boasting an expectedly large scale set piece of action and spectacle.  However, the film is largely a dud afterwards, seemingly playing all its cards early on in the film.  You know a movie is pretty bad when you get bored by action on the screen.  The most unforgivable part of The Great Wall may be its inability to create a character that you come close to caring about.  None of the characters (especially Matt Damon) are given anything to do and may be some of the most thinly written main characters in a movie of recent memory.

*To read my review of The Great Wall, please click here.

There’s nothing horribly wrong with Rings, but the film offers nothing that is worth watching or recommending.  Rings commits the ultimate sin of being completely benign and forgettable, giving the film absolutely no reason to be watched by the casual moviegoer.  I’ll give the leads of the film, Matilda Lutz and Alex Roe, some credit for showing that they can be competent actors in a Hollywood film, but they’re given nothing to do in Rings for the movie to further their careers with any significance.  The film attempts to squeeze another plot out of the Samara character that has become somewhat of an iconic character, but it ultimately ends up ruining the backstory that previous films have set up, leading to a convoluted mess of a movie that does more to bore than scare you.  Your best bet is to watch the original American remake of The Ring instead. 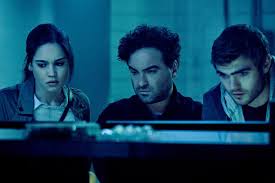 *To read my review of Rings, please click here.

The second movie in the Fifty Shades franchise tried to fix the problems that everyone had with the first movie, changing both the director and the screenwriter of the film to hopefully improve on the critically panned Fifty Shades of Grey.  Unfortunately for all of us, the creative team behind the movie somehow managed to make Fifty Shades Darker worse than the original. The movie has no plot, solving conflicts among characters instantly while giving the film no through-line or overarching conflict for Anastasia Steele and Christian Grey to handle.  However, I must acknowledge that most the Fifty Shades Darker’s target audience only sees this film for the more “steamy” scenes.  But those scenes are more off-putting than anything else in the film, failing to give the film the sexy edge it attempts to have.  Sorry to the fans of the novels, but Fifty Shades Darker is one of the worst films of recent memory.

That’s the list! Are there any other movies that came out in February that you hated?  Comment down below and let me know!

If you enjoyed this article, please feel free to subscribe to MovieBabble below:

What movie topic should I discuss next?  Whether it be old or new, the choice is up to you!  Thanks for reading!

Reblogged this on Still Another Writer's Blog.

Also, I agree with your thoughts on The Great Wall.

Glad to know I’m not alone!

Changing directors won’t fix anything if your source material is fundamentally flawed.

Right you are! I wish the head executives at Universal would understand that do the Fifty Shades movies would just go away lol

Well that would require executives to stop loving money.
Or to convince millions of lonely women to start hating poorly written smut.

It sure has been a dull month for movies! It makes me almost glad that the UK gets the big Oscar movies so late, because we’ve had Fences, Hidden Figures and Moonlight to see instead :D

Lol definitely see those films instead!

Nothing surprising here except the news that some “Fifty Shades” fans thought the first movie was bad. I thought it was bad but the best they could do without changing the source material. It’s really hard to spin gold out of sewage!

Lol that’s a funny way to put it!