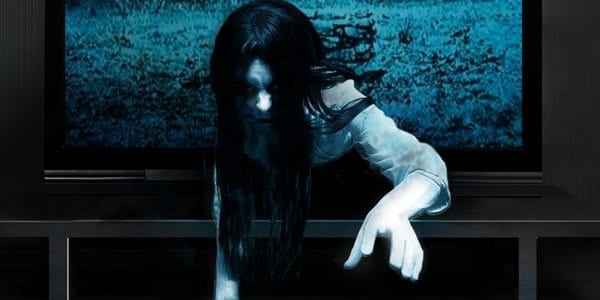 This weekend brings us a horror sequel that has been delayed multiple times in production, Rings!  Since this is normally bad news for a movie, I crossed my fingers and said my blessings, hoping to see a nice edition to the Ring franchise.  The following review will be spoiler free.

The film follows Julia (Lutz) who becomes worried when her boyfriend gets involved in the mystery surrounding a video tape that is said to kill you seven days after you watch it.  To save him, she watches it for herself and learns the horrific truth that there’s another story within the video tape that has yet to be explored. 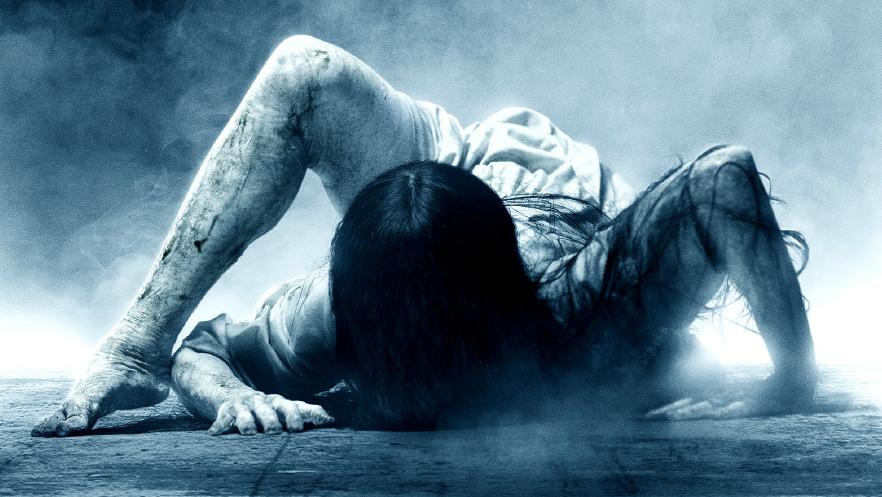 Rings was scheduled to come out on a seemingly perfect of October 28th, 2016.  However, just weeks before the movie was set to hit theaters, Paramount pulled the plug and announced that Rings would be delayed to its current release date of February 3rd.  This news marked the third time that the film was delayed.  Upon hearing this news, I wondered if Rings was so bad that it would kill the audience seven days later after they watched it in theaters (wah-wah).  A movie pushed back for this long couldn’t possibly be good, right?

The Ring is one of the better remakes of recent memory, using the lore of the beloved Japanese film and adding some interesting twists to the killer character of Samara that wasn’t present in the original Ringu.  The film also gave us a great lead performance from Naomi Watts in combination with devilishly creepy atmosphere from director Gore Verbinski.  The Ring Two obviously didn’t work, but I definitely feel like there’s still a story or two to tell in that universe.  Unfortunately, all the negative news surrounding Rings didn’t give me much to get excited about going into the theater.

After seeing Rings, I can confidently say that it is surprisingly the best Americanized Ring movie.

No, not really.  It’s pretty terrible.

Rings does what most horribly misguided horror sequels do: delve further into the backstory of the villainous character of the franchise.  We’ve seen it time and time again with our favorite horror icons such as Freddy Krueger or Leatherface.  Writers think for some reason that going into what made these people (if you can even call them people) monsters will make you identify with them more as characters, but that’s precisely the wrong thing to do.  The cloud of mystery surrounding these characters is what makes them so scary.  You have no idea why they are the way they are, but you could care less because it’s so frightening.

Villains always lose some of their aura when you try to give them a full character arc (Darth Vader, for example).  After watching Rings, I have little fear for the Samara character.  The new backstory the movie attempts to give her is convoluted and, more importantly, bereft of scares. image via Inside The Magic

The film as a whole is just plain boring.  I just had to check my phone partway through the movie since Rings was moving at such a sluggish pace.  My phone read 10:57 p.m.  I proceeded to slap my face a few times as to avoid falling asleep from boredom.  After what seemingly felt like another half hour of the film, I checked my phone to see that it was only 11:06 p.m.  Rings clocks in around one hour and forty-five minutes but easily feels closer to three hours due to its pacing.  Without any genuine scares to add a kick of adrenaline to my system, I came closer and closer to nodding off. After reading about all the delays to Rings, I expected to see a horrendous looking, terribly acted movie that turned into hilarity.  But to my surprise, Rings actually looked pretty cinematic.  The actors involved evenly delivered lines in a somewhat decent manner.  You will definitely see worse put together films this year than Rings.  However, this doesn’t change the fact that Rings has nothing that makes it worth being watched.  At least The Bye Bye Man can be laughed at for its unintentional laughs, but Rings is just a slow, lifeless slog.

As a critic, I grade films based on how well they make the movie they intended to make.  I could have forgiven Rings for everything I mentioned above if it had done one thing: frighten me.  Unfortunately, Rings completely failed in its mission, leaving me with nothing to latch onto as I left the theater.  Rings gets an F.

You can definitely have this film on in the background and it won’t cause any problems, but there’s really just nothing of note in this movie.  Boring and adding nothing new to a genre are some of the worst sins a movie can commit in my mind since movies are, at their core, art and a means of expression.

Thanks for reading!  Have you seen Rings (please don’t see it)?  Comment down below with your own thoughts to get the conversation going!

[…] black straight hair as ghosts. Seriously, can the Japanese stop with this? It worked really well in Ringu, but now it makes me yawn. A little bit of originality, […]

The story is not bad, the characters in interesting, the acting is not that bad, and the script is not strong but still I enjoy this movie…

I got dumped right before I went in to see this movie. Cried so hard that I had to leave the theater (and not because the beginning was disappointing). Even though it’s rated pretty terribly, I’ll pry give it a shot again.

Ohh no that’s horrible! I can’t imagine trying to watch a movie after that happened to me. As for Rings, it’s not the worst movie I’ve seen, but there’s really just nothing about it that I can recommend.

I have a genuine feeling that all of the “good parts” are in the trailers.

Rings is on my top 10 most anticipated movies list solely for the first American movie, which I watched many years ago and still adore. Although I knew it wasn’t going to be a good movie, I hoped it would at least be better than The Ring Two. Personally, I think it managed that (very small!) feat, but then again, so many plot points of this movie recycled things from the original movie (people investigating the tape, going to the middle of nowhere for answers, finding out about Samara’s family, etc.) that likely I feel that way out of nostalgia. The characters were also bland and annoying. (College kids? Seriously?) Oh well. At least A Cure For Wellness is coming out this month.

I’m really excited for A Cure For Wellness! Especially since it’s directed by Gore Verbinski who directed the first American Ring movie!

Ha, I was intending to watch it but I will just wait for it to come on TV then.

It’s definitely not worth your money at the theater!

WOW! I just looked at this thing on Rotten Tomatoes. 5%!!!!! That’s a real stinker. I’m taking your word for it and waiting until it hits Redbox or Netflix.

I would say that %5 is a little misleading (not THAT misleading but still) in that it’s not epically bad. But there’s really nothing from a critics point of view to really warrant giving it a fresh rating. It’s just blah lol

Hmm…pretty disappointed with this. The original Ring is one of my alltime favorite horror movies, and I agree that the remake was not bad. The trailer for this one looked rather promising, but after reading this, I will pass on going to the movie theatre for it. Will check it out when it gets a release on dvd ?

It’s definitely not worth your money, wait to see it on Netflix!

I haven’t seen Rings but I am with you in that being boring and adding nothing new are the worst things any story can do whether it is a movie, anime or book. I will watch and read terrible things all the way through before I’ll sit through something that is boring me.
On that note, after reading this, I’ll definitely pass on picking this film up when it gets a DVD release. Thanks.

Glad to know I could save you from utter demise!