Return of the Jedi: Keeping the Force Alive for 35 Years 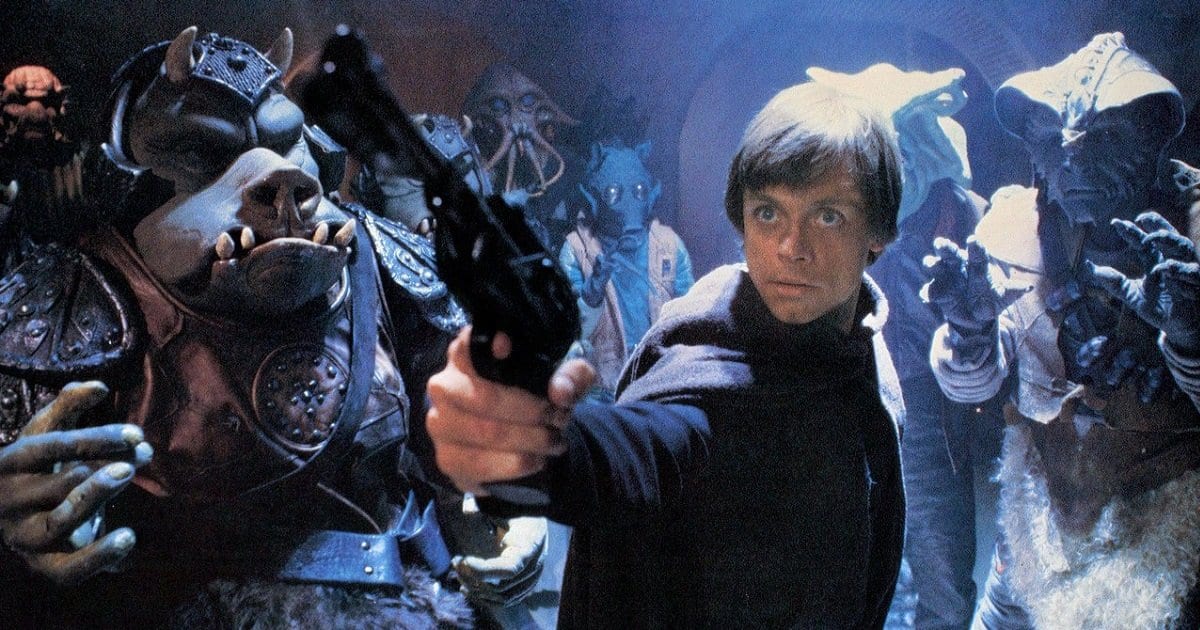 Star Wars: Episode VI: Return of the Jedi (1983) — a rousing finale to an amazing trilogy. May 25, 1983: millions of people hurried to their nearest theater to be a part of history and see their favorite characters in action. Even today, Return of the Jedi is beloved by Star Wars fans and movie fans everywhere. What gives it this staying power?

A lot of factors, really. The special effects were bewildering at the time. People had already grown to love the characters. The hype and advertising for it were perfectly done. It was the movie of the decade and everyone wanted to see it.

Some factors stick out more than others, though. I’ll elaborate on a few.

The best part of this film is the final battle that takes place simultaneously in space, on the Death Star, and on Endor. The decision to include all three of these settings was prudent, as we get all the tension of a ground battle, a dogfight, and a duel — all including exciting galactic elements.

During the dogfight, we get to see Lando Calrissian deftly maneuver his way around and through the Death Star to destroy it before it destroys the Rebel fleet. Admiral Ackbar screams the famous line, “It’s a trap!” Gigantic ships shoot at each other and explode. Basically everything you want in a space movie. 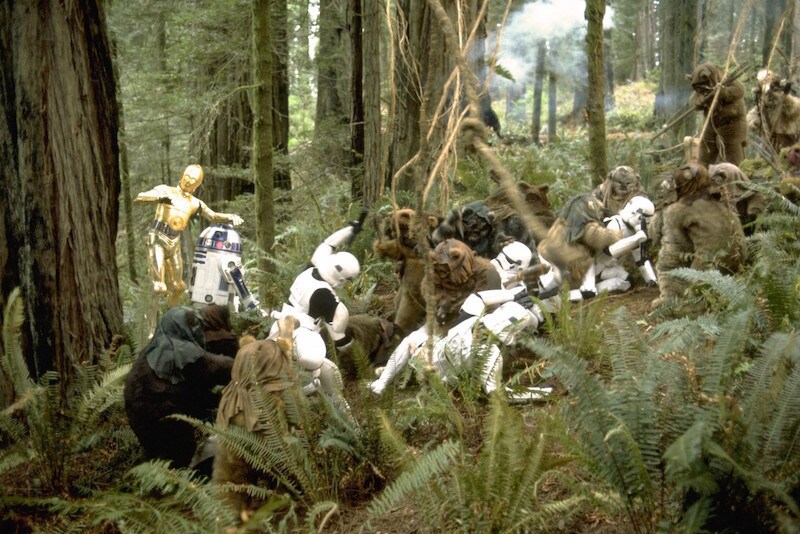 On Endor, Leia, Han, R2-D2, C-3PO, and Chewbacca fight off stormtroopers and AT-STs with the help of some furry Ewoks. Lasers are flying through the air everywhere and our daring heroes must dodge them to reach the generator control facility to deactivate the Death Star’s shield. Of course, the added romantic element between Han and Leia adds even more tension. Not to mention that Han’s presence in itself means sarcastic lines galore.

On the Death Star itself, Luke fights his inner demons to fully embrace the Force and defeat his father, Darth Vader, and Darth Sidious. Something I’ll get into in the next section is the profound symbolism of this scene. However, from a purely aesthetic view, this scene is pretty awesome and has some great flips and lightsaber moves (and a healthy dose of force lightning).

While die-hard Star Wars fans have probably analyzed the symbolism of this movie to death, I think it’s worth pointing out a few things.

For example, before Luke duels with Darth Vader and Darth Sidious on the Death Star, he wears a black cloak. This is before he truly commits to the Light Side. While some speculate that the black could mean he was originally leaning towards the Dark Side, it most likely reveals the connection to his father, who also dons black. Once he chooses Light over Dark, Luke removes the black cloak to reveal a white robe underneath it all along–he was destined to choose the Light. Color symbolism is used liberally throughout the movie, especially for the villains, from being cloaked in all black, to blood-red lightsabers. Another piece of symbolism is Luke’s prosthetic hand. In Episode V: The Empire Strikes Back (1980), Darth Vader chops off his Luke’s hand in the duel on Cloud City. While it looks just like a normal hand in Return of the Jedi, it strengthens that connection between father and son; it shows how alike they are and how easily Luke could have chosen the path his father did. After all, Vader was the one who caused him to be that way.

Finally, the battle between the stormtroopers and the Ewoks (and even the Death Star and the Rebels) shows the dominance nature will always have over technology. Despite all their weapons and gear, the stormtroopers were defeated by the Ewoks. Nature will win every time, no matter how much humans try to alter it.

Awesome Conclusion for an Awesome Trilogy

Star Wars is a trilogy that people love to rally around. It takes the audience on the hero’s journey — a literary and cinematic device used to invoke sympathy and support for the main character through a series of trials and redemption.

Luke begins as a humble farmboy, loses his family, gains some friends, and ends up the leader of the entire Rebellion. It’s stories like these that remind us what the little guy can do. With a little help from some interesting colleagues — a smuggler, a princess, a tall hairy creature, and some precocious droids — anything is possible.

For six years, people grew to love these characters. They bought their action figures and watched the movies over and over again. They’d felt loss and frustration as well as joy and exhilaration. They feared for their lives when they were in trouble and rejoiced when the heroes finagled their way out of dangerous situations.

In Return of the Jedi, they finally got to see their characters receive their long-awaited reward. Peace reigned among the galaxy because of these brave heroes. The triumphant end was the cherry on top for a franchise that had engaged millions for years, and would continue to engage more people year after year.

Unlike most people, I actually enjoyed most of the things George Lucas added later. I liked how he added in Hayden Christensen as a Force Ghost at the end. I liked how he included a small montage of the galaxy rejoicing after the final battle. Even the random computer generated images — the ring when the Death Star explodes or the sarlacc pit beak and tentacles — weren’t that bad.

BUT I HATE THAT STUPID SONG FROM RETURN OF THE JEDI.

I WILL NEVER NOT HATE IT.

I HATE IT SO MUCH.

Return of the Jedi Has Lost None of Its Awesomeness

Return of the Jedi has retained its popularity these past 35 years because it’s a satisfying conclusion to a satisfying franchise.

It had awesome special effects (even before George Lucas intervened). The lightsaber duels were intense and hard to tear your eyes away from. Our favorite characters saved the day once again with style and a bit of humor. The hero’s journey was completed and our heroes finally got a bit of rest from saving the galaxy.

And, most of all, it taught people that the little guy will always triumph if he believes in himself — and if he has a little help from his friends.

Thanks for reading! What are your thoughts on Return of the Jedi? Comment down below!

I agree with you! I saw it in London in 1983 when it came out and it was worth the hype. But my love of Return of the Jedi is a big reason why I didn’t like The Force Awakens as much as everyone else did. I liked the Rey/Finn plot and characters just fine, but the death of Han was too dark for me and undid virtually all the hope and humor and love that I got from “Return”.

I still remember seeing it in the theater and buying the Official Collectors Edition magazine at the theater. It was awesome…even if it does make me feel old now.