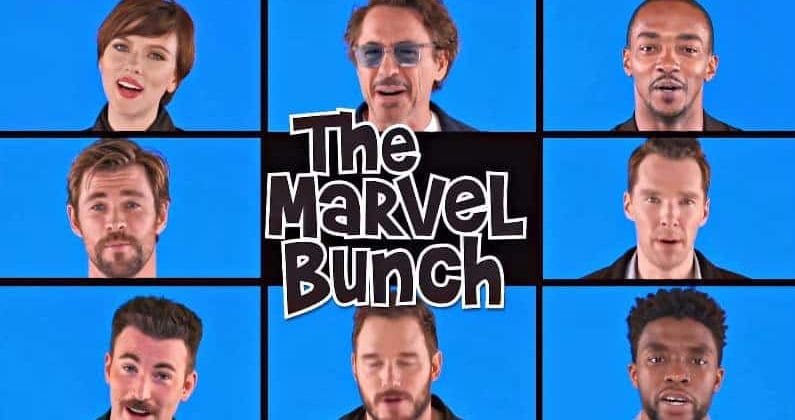 Sound ludicrous? Like it won’t work out? Maybe it just sounds like a stupid idea to you. Whatever you think, at least to my explanation.  The Avengers already have great chemistry in every movie they star in — they fight, they love, they form friendships, and they help one another out. They’re just like a family. Some of the best sitcoms are about makeshift families: Friends, Seinfeld, MAS*H. Why not make a sitcom about one of the most popular “families” of our time?

The following are a few scenarios that I’ve worked out that I think would work well in a sitcom. Also (POSSIBLE SPOILERS??), please note that I am kind of ignoring the fact that anyone died in Avengers: Infinity War (2018) because that makes my life easier and much happier.

Image via Geeks of Color

Imagine this scenario: Peter comes home from school one day with some killer physics homework. Normally, he loves science — especially physics — but lately he’s been struggling and is in need of some help (partly because he’s had his on Michelle for most of class).

Tony, ever the overprotective dad, swoops in and immediately begins a detailed lecture on the subject. The way he is able to relate the material to Peter engrosses young Spider-Man and he is able to finish his homework without much help. Aunt May also listens in because she is intrigued by Tony Stark’s way of sarcastically speaking about something and yet conveying a strong sense of passion.

Thor and Loki Fighting…All the Time

Loki used all the shampoo again, just to show off that he still has a flowing mane of hair. Thor constantly nags at him to replace it, but Loki refuses. He wouldn’t stoop so low as to drive to the local Walmart and pick up another bottle. What if the peasants saw him there?

Meanwhile, Thor is driving Loki crazy with his constant training. He’s always out in the backyard swinging Mjölnir around like a maniacal baboon. Why can’t he just go to the gym like all the other mortals? But no, Thor has to tear up their backyard — including the lovely chrysanthemums that Loki planted last month — all in the name of bulking up.

No matter what though, they still love each other. Loki was there when Thor smacked himself in the eye with a broken tree branch while training. And Thor was there for Loki when he accidentally singed off a lock of hair with his straightener. Brothers will be brothers.

Steve Rogers and Bucky Barnes Have a Mario Kart Tournament

Of course, Steve and Bucky still have a lot of catching up to do — approximately 100 years of it. Though a lot of it overwhelms them, they find that they quite enjoy Nintendo, especially games involving Mario. Their favorite game to play together is Mario Kart; it’s much happier and triggers less PTSD than darker games like Call of Duty.

Steve always chooses Mario because he likes how classic the character is. Bucky, though he loves to switch up, often finds himself returning to Luigi, just to play up the friend dynamic between him and Steve.

Of course, their races begin innocently enough; but, like most things tend to, the competition gets heated very fast. Usually it begins when Bucky calls out Steve for cheating and using shortcuts. Steve usually counters that if the game developers didn’t want him to use them, they wouldn’t put them there. Steve will then yell at Bucky for distracting him with Cheetos during the most pivotal moments of the race.

However, at the end of it, they both admit that they had a lot of fun and laugh. The night usually ends in a pizza run or falling asleep in complete exhaustion on the couch.

Natasha’s noticed that Scarlet tends to shadow her a lot. At first, it annoyed her. She couldn’t be her stealthy, introverted self if this girl was following her around like a lost puppy. After a while though, she began to see much of herself in the young girl. She felt bad that her brother had perished in the battle with Ultron in Avengers 2 and decided to take her under her wing. Though she was already a pretty feisty girl, Natasha felt that she could add a bit more fire. So, she taught Scarlet how to hold her head at the perfect angle to portray confidence and a complete disregard for everyone. She made sure to show Scarlet how to flirt without letting your guard down. And, of course, Natasha passed on a few combat skills, as she felt every girl should know how to throw a decent punch or kick.

Image via The Mary Sue

Peter Quill and Gamora Go On a Date

Life’s been too crazy for Peter and Gamora to truly get to know each other and go on a date. Their daddy issues caused too many problems to focus on love for very long. 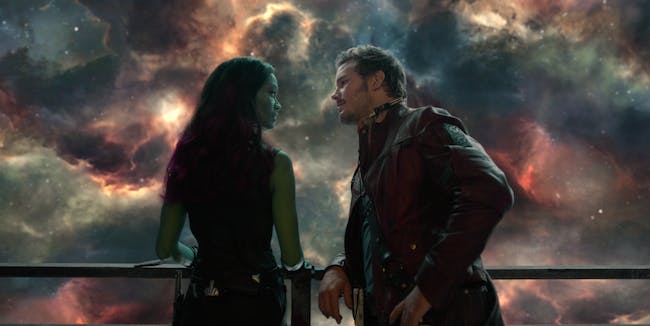 Now that things have calmed down, Peter finally decides to take Gamora on a date to Earth. He isn’t sure how best to introduce her to human customs and Earth activities, so he tries to go as simple as he can — amusement park and fast food (this is Quill we’re talking about). While Gamora isn’t a fan of the greasy burger and fries that Quill offers (he eats both his and Gamora’s meals), she turns out to love the rollercoasters.

However, the date ends early when the two are kicked out of the amusement park. The reason: Quill got in a fist fight with a teenage worker after they wouldn’t give him the giant teddy bear that Gamora wanted. Nevertheless, the two have fun and finally get to go on a date.

I’ve only listed a few possible plots here, but there are so many more story lines that we could follow. Perhaps the relationship between characters that haven’t previously interacted, such as between Bruce Banner and Peter Quill or Peter Parker and Shuri. 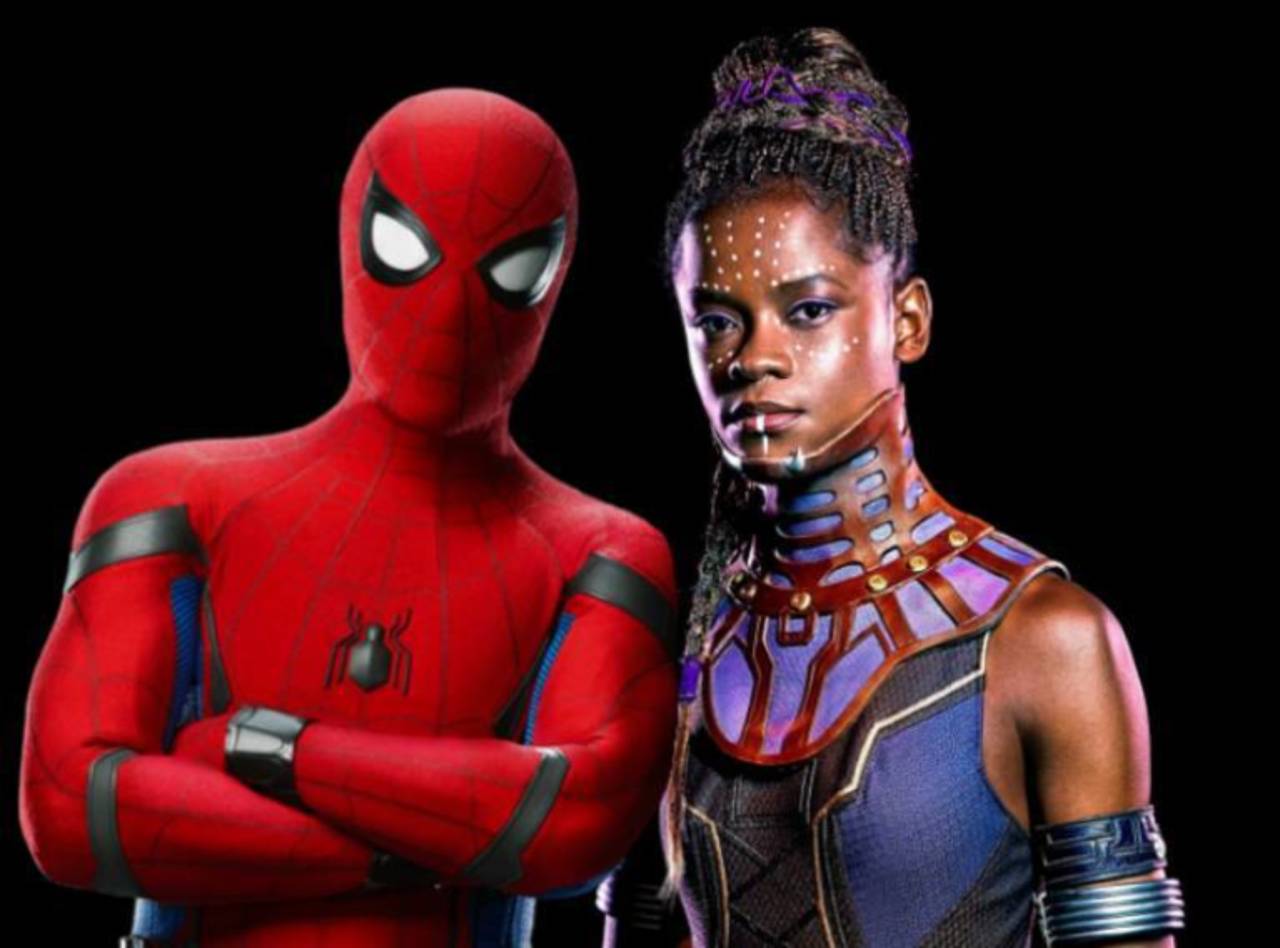 I understand not everybody is on board with my idea. Sounds dumb. The Avengers are meant to be in the movies, not on TV. The story lines are too cheesy.

But, hey, it’d still be a fun show to watch. We’d get to see our favorite superheroes more than just once or twice a year. And it’d be a sight happier than the movies tend to be. Plus, we’d still get to have the movies too, we’d just have extra stories added.

Thank you for reading! What are you thoughts on an Avengers sitcom? Comment down below!

I can definitely see this working in animation.