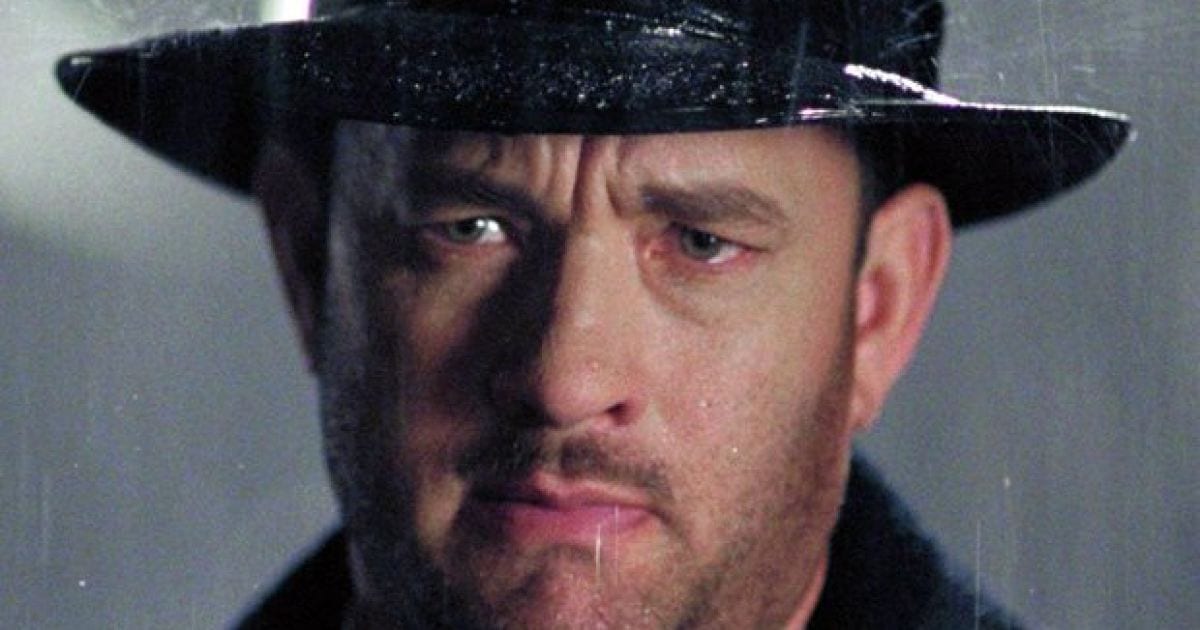 I don’t know about you, but I’m always on the lookout for good movie recommendations, especially recommendations for lesser-known films. I don’t care how bad they are or how old they are or even how popular they are. What I care about is the fact that there are still movies out there that I haven’t seen and are now options for me to pick up on Friday movie night.

Some of the following movies you may have seen, some you may haven’t, but I tried to pick some that I feel not enough people are familiar with. If you have seen them, great! If not, hopefully you can find something new to pique your interest!

I’ll admit I decided to write this article purely because I saw this film and wanted more people to see it. The film is a small indie one starring Don Cheadle as a juvenile prison teacher and tortured writer and Ryan Gosling as a prisoner convicted of murdering a special needs boy. It’s an odd little film — lots of drama and definitely some adult themes. At times it can be a bit overwhelming and tries to flood you with too much emotion at once. But, oddly, I quite enjoyed it. I thoroughly enjoyed Gosling’s performance as the awkward, disturbed boy and his portrayal of where things went so wrong in his life. It really is a weird film that tries too hard to be deep, but I think it’s an interesting dive into the human psyche.

This movie is so powerful that I nearly threw up when I first watched it. The film, starring Hilary Swank and Peter Sarsgaard, tells the story of Brandon Teena, who was female-born with the name Teena Brandon. Regardless of your stance on transgender issues, the movie tells a heartbreaking story of a person simply trying to express themselves in a dangerous world. Everything about this film is designed to make you cry and throw up all at once: the dark lighting, the haunting indie music, the sparse setting. Hilary Swank’s performance is beautiful and Sarsgaard is beyond haunting. Be advised, this movie is not for the faint of heart. But it is a magnificently powerful one.

This is one of my favorite Cary Grant films. Starring Rosalind Russell and Grant, the film revolves around Grant, a newspaper editor, trying to stop his ex-wife Rosalind Russell, an excellent reporter, from remarrying. Plus, there’s the whole subplot of a killer on death row that Grant and Russell are trying to save with a story. Older movies really didn’t have that many special effects to rely on, so they had to rely on dialogue; His Girl Friday absolutely crackles with fast-paced, witty dialogue throughout. Sometimes I find it hard to sit through movies like that, but there’s something about His Girl Friday that really attracts the audience. I really like all the little gags that the film incorporates. Plus, the duo of Russell and Grant are really quite electric. 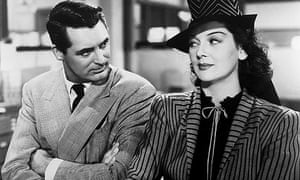 This isn’t one of Tom Hanks’ best roles, but it’s definitely not one of his worst either. Road to Perdition follows a father (who is a mob enforcer) and son on a journey to escape the mob after the son accidentally witnesses a murder. The cast of the film is stellar: Paul Newman, Tom Hanks, Daniel Craig, Jennifer Jason Leigh, and Jude Law. The lighting and the pacing is perfect for each scene and transports the viewer back to a time of cigars and gangsters. And the ending is one of the few endings that sincerely surprised me. Though not Tom Hanks’ best film, Road to Perdition bears a bad rap and it shouldn’t because it is actually a very well-made film. 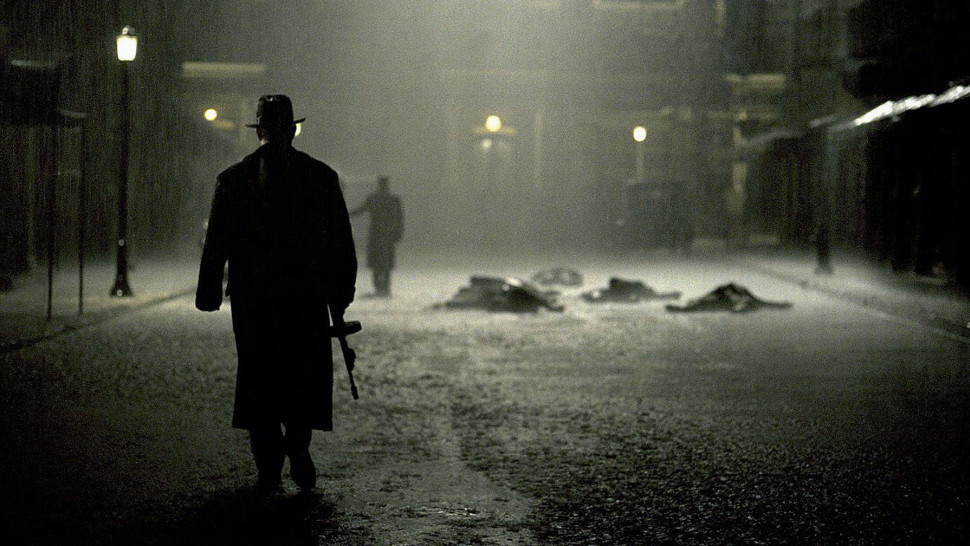 Image via Into Film

I have mixed feelings about this film, but I still believe it’s one everyone should see. Along the same lines of Never Back Down (2008), another great fighting film, Fighting revolves around just that: street fighting. It stars Channing Tatum as the chiseled fighter and Terrence Howard as the manager trying to help the young fighter scrap his way to the top. The cons: Terrence Howard’s performance is really odd and uncomfortable; the dialogue sucks; there doesn’t seem to be a coherent plot; the mood throughout is really weird and doesn’t really feel right. The pros: fighting; Channing Tatum is in a tank top or shirtless for a good chunk of the movie. Honestly, you’ll probably find this one in the bargain bin, but I really think you should still watch it. It’s entertaining, quite motivating, and there are some well-choreographed fight scenes. 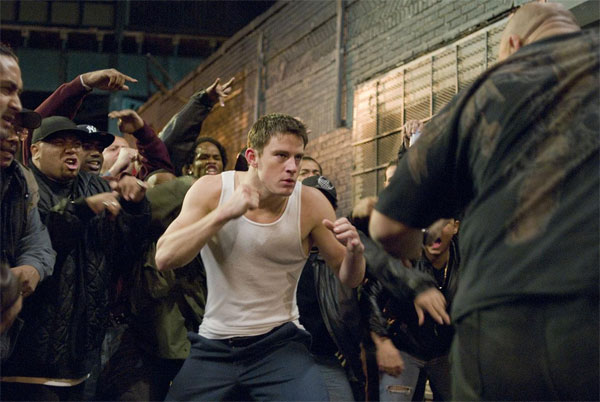 Confession time: I actually just watched this film for the first time last night and I was blown away by how good it was. In the same vein as the television series MAS*H, Three Kings is a comedy mixed with high drama — a dramedy, if you will. It stars George Clooney (why else would I watch it?), Mark Wahlberg, Ice Cube, and Spike Jonze as four soldiers in the aftermath of the Gulf War on the hunt for Kuwaiti gold. But, along the way, they encounter much more danger than they ever thought they would, not to mention become bigger men in the process. I could gush about this film all day: the visual effects are stunning, the lighting is perfectly attuned, the pacing keeps your attention, it blends tears with laughter masterfully, all the actors play their roles to the utmost of their ability. I cannot say enough about this film other than I really wish everyone would watch it. It’s so beautiful and it does not deserve to be forgotten. 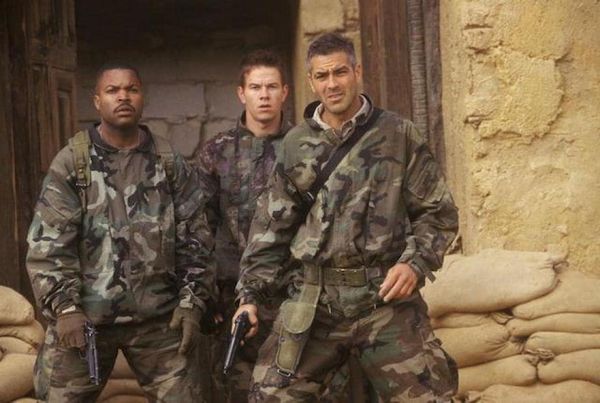 Image via Eye for Film

Really interesting list, Kali! I’ve heard of some of these movies, but I’ve never seen any of them. If you’re looking for underrated films to watch, I would recommend the following:

— The Enchanted Cottage
— Tales from Earthsea
— Bedlam
— Saving Mr. Banks
— The Journey of Natty Gann
— Mandy (a British film from 1952)
— Phoebe in Wonderland

Wow, Three kings! It’s true that you never hear about it, but I remember that I enjoyed it when I saw it… maybe twenty years ago?

I love His Girl Friday. One of the funniest movies I have ever seen.

Great article, Kali! I’m always striving to fill in my gaps, movie wise. I’ve only seen two from this list: Boys Don’t Cry, and Three Kings. I enjoyed them both, by the way.

Thanks! I’m trying to do the same with my movie knowledge too lol

Not surprisingly, I haven’t seen any of these. A few years ago though I was trying to work my way through Ryan Gosling’s work so I definitely want to see The United States of Leland!

His Girl Friday is one I wanna see!

I loved Three Kings and Fighting even though I had forgotten they existed.

Seriously! Never had a movie impact me that hard before

Hilary Swank’s performance in that film was heartbreaking, devastating.

Thirty Years Later, ‘A League of Their Own’...