From the Ashes of ‘Dark Phoenix’ Rise Endless Career Possibilities 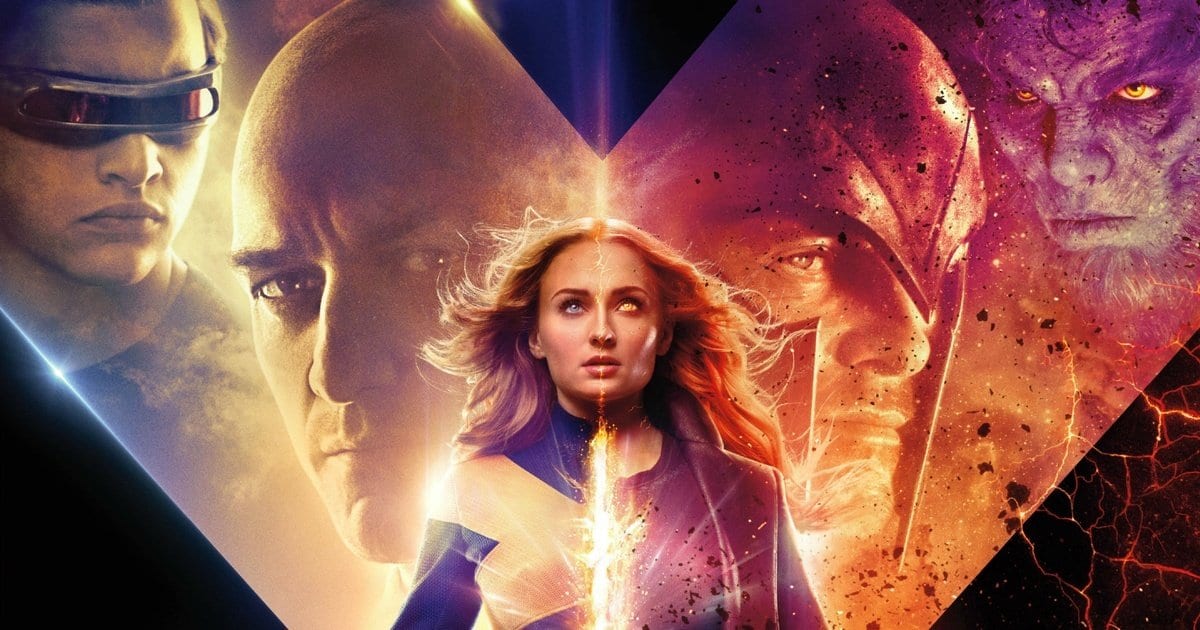 By now, you may have had the chance to see Dark Phoenix in all its glory(?). Or, more accurately, you haven’t — Dark Phoenix had by far the worst opening weekend of any X-Men film, putting this version of the franchise out of its misery with a decidedly low note. Although, in a way, it all seems fitting considering the crazy ups and downs that we’ve seen from this franchise since 2000, a track record that is largely unprecedented. Seriously, how does the same franchise manage to have Logan and Days of Future Past while also containing all-time turds like X-Men Origins: Wolverine and X-Men: Apocalypse?

But by the time Dark Phoenix finally rolled into theaters, it’s safe to say that we had tuned it out. And by the looks of things, so too did some of the actors who, despite re-upping their contracts for one more go-around, couldn’t look less enthused in their roles.

But one thing is certain: this cast is still unbelievably talented. Perhaps the lackluster nature of the last two films in this franchise made us forget just how true that statement is. So while Dark Phoenix was limping from beat to beat, I couldn’t help but take a mental step back and think about the future of this cast, eventually reaching the conclusion that while Dark Phoenix may be an unceremonious stain on all their records, their futures, now unhampered by a franchise that was passed its expiration date, are most certainly bright. Let’s take a deep dive into what may lie ahead for these talents.

McAvoy has acquitted himself quite nicely outside of the X-Men franchise, most notably appearing in Split and Glass as The Horde. You’ll even see him in It: Chapter Two later this year as older Bill. Throughout his career, one notable theme is apparent: the man likes to dabble in schlocky, genre films and class them up just a bit with his particular set of skills. He loves to chew the scenery; many of his performances could be categorized as capital “A” Acting. (In that vein, I recommend that you seek out Filth if you haven’t already done so.)

Honestly, I’d be perfectly happy if McAvoy continued down this path. I have an image of McAvoy in a deranged Ari Aster movie. The more I think about it, the more I need it. McAvoy will certainly be around for quite some time.

Is Michael Fassbender the most underutilized top-end actor currently working? Because I’m starting to think that he is.

We all really enjoy Fassbender, and he has plenty of solid, memorable performances under his belt. From his standout performances as the deranged robot David in Prometheus and Alien: Covenant to his outstanding work with Steve McQueen or even his turn as Steve Jobs, you’ve seen him countless times on the big screen, and admired his effort just as much. I also can’t move on without mentioning his small, but iconic role in 300 as Stelios:

Then again, he’s had some pretty bad misfires. The Snowman, The Counselor, Assassin’s Creed, just to name a few. Luckily, Fassbender is never the problem when the film around him falters, he just needs to hone in on picking smarter vehicles for his talents. With strong relationships with directors like the aforementioned Steve McQueen, I don’t see this being a problem. If Fassbender plays his cards right, he could easily be a multiple-time Oscar winner.

Sophie Turner is the biggest wildcard of the bunch. She just turned 23 back in February, and she already has two major franchises over and done with in Game of Thrones and X-Men. She’s already proving that she’s an incredible celebrity. Look no further than her hilarious Instagram stories for validation. But what does her future hold?

Well, she already has two films in the can: Broken Soldier, the story of a war veteran suffering PTSD befriending a teenage girl (played by Turner), and Heavy, a movie that has been called a “romantic crime-thriller.” We’ll see how those two films turn out, but even then, those two were in production around the same time as GoT and Dark Phoenix, so it’s tough to gather what Turner’s next big play will be since she also worked on other small projects during breaks in production of her two franchises that didn’t amount to much in terms of widespread reach.

But one thing is clear: her agent must be losing his or her mind looking through the infinite amount of offers that Turner must be getting at the moment. She’s white hot in terms of popularity, but given her age and choices so far, I don’t have a grasp on what kind of projects she might choose next, or even which kinds she should choose for that matter.

Sophie Turner is largely a blank slate even though she’s been in our lives for so long already. And like Daniel Radcliffe, Emma Watson, or any other popular child actress that exited franchise filmmaking as they became an adult, she can do whatever she pleases and still have great recognition from general audiences.

I feel bad for Tye Sheridan: between playing Cyclops and starring in Ready Player One, most casual moviegoers only know him as that guy who covers his eyes in every role.

However, there’s a TON of hope for Sheridan’s future. If you’ve been paying attention to his career outside of X-Men, you would know that he’s made more than a few great artistic choices, starting with his first ever acting credit: The Tree of Life.

Over the course of his career, Sheridan has made a living of starring or supporting in provocative works, from Mud to The Stanford Prison Experiment to multiple team-ups with director Rick Alverson for overwhelmingly dour and cynical films like Entertainment and The Mountain. It’s those last two films that have me the most intrigued for the rest of his career. They show that he’s more than willing to take big risks on partially puzzling content and that his mind is in the right place when he chooses a role. 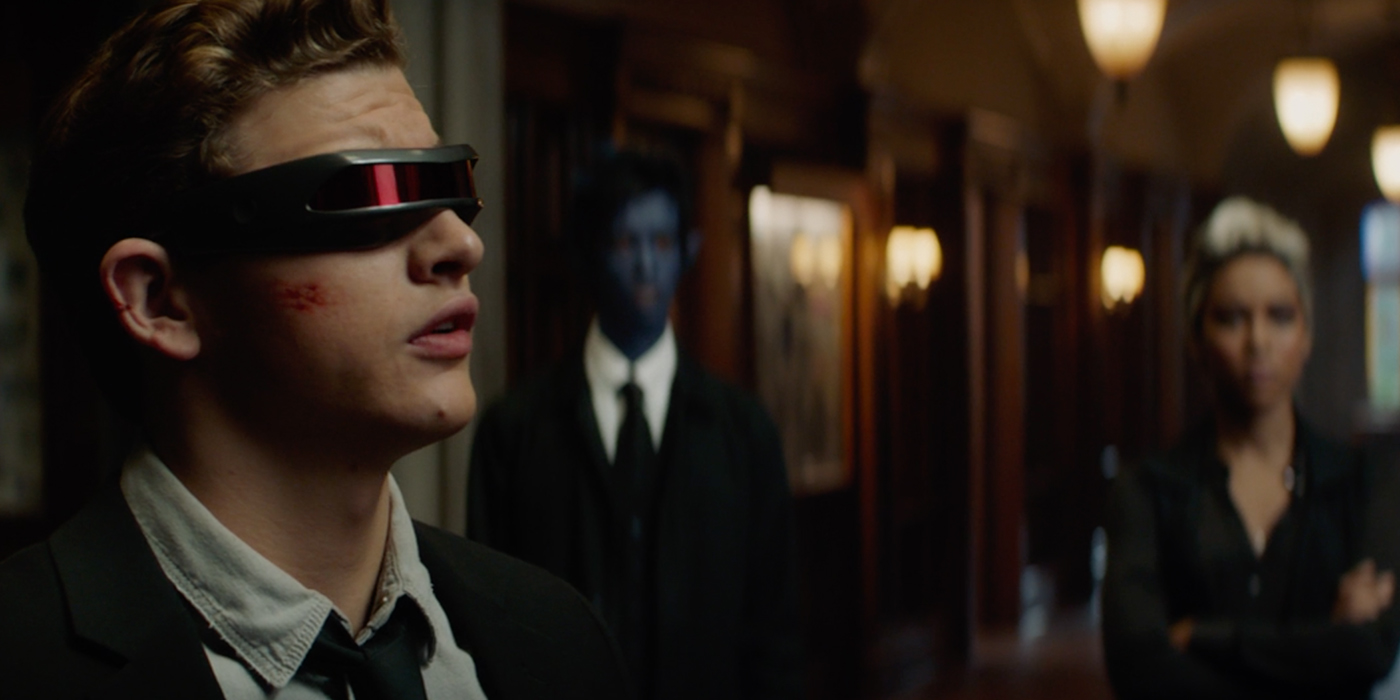 Hoult is arguably best known for his role in Mad Max: Fury Road, so perhaps the X-Men franchise wasn’t too constraining on his career in the first place.

If we know anything about Hoult at this point, it’s that he commits hard to more adult, stimulating works, many of which feel very regal or of a high class, like Tolkien or any of his other films where he plays a historical figure. Or, conversely, he bucks completely against that kind of film for something that is equal parts odd and oddly touching — Fury Road, Warm Bodies, etc.

I have no doubt that Hoult will transfer nicely out of franchise filmmaking. In fact, he has two upcoming projects that I find utterly fascinating: chronologically, the first is The True History of the Kelly Gang — the story of the Australian outlaw Ned Kelly which stars Hoult, Charlie Hunnam, Russell Crowe, Essie Davis, and Thomasin McKenzie — and the second is Those Who Wish Me Dead, Taylor Sheridan’s next directorial project which stars Angelina Jolie, Hoult, Jon Bernthal, Aidan Gillen, and Tyler Perry.

Peters has been a beloved piece of American Horror Story for years now, though he’s also branching out into film more and more regularly over the last few years. I feel as if American Animals was a great stepping stone in his career, showing that he can carry a film purely on his general charm without some sort of affectation or superpower as part of his character.

I expect plenty of movies where Peters can show off his comedic chops and general zippiness as he did in the X-Men franchise leading up to Dark Phoenix. In fact, Snow Ponies, an action comedy directed by long-time stuntman Darrin Prescott that stars Peters, Jon Bernthal, Josh Gad, and Charlie Plummer, is currently filming.

Out of all the notable cast members in Dark Phoenix, I’m most relieved that Jennifer Lawrence is leaving the X-Men franchise, effectively ending a tumultuous chapter in her life and career. The last few years of Lawrence’s career have been odd, to say the least. Dating back to 2016, Lawrence has starred in X-Men: Apocalypse, Passengers, mother!, Red Sparrow, and Dark Phoenix. Let’s just say she’s not necessarily batting 1000 in that stretch.

The downfall of the X-Men franchise (i.e Apocalypse and Dark Phoenix) coincided with the after-effects of a few public falling outs, most notably the infamous iCloud leaks and the end of her relationship with Nicholas Hoult, and her work seemed to reflect a sense of anger and frustration, both in the content of her films and her performances. It’s hard being an A-list celebrity.

Intelligently, on the press tour for Red Sparrow, Lawrence announced that she would take some away from acting, which was probably the best thing her career and, more importantly, her personal life. The next film on her docket is an untitled film directed by Lila Neugebauer, which will be distributed by A24 and has the makings of a perfect opportunity for Lawrence to get back to her roots as a performer in a more intimate tale. After that, she’ll star in Adam McKay’s Bad Blood as Elizabeth Holmes, the founder of Theranos. Just look up Theranos’ story — or watch HBO’s The Inventor: Out for Blood in Silicon Valley — and you’ll know that this role is tailor-made for Lawrence. It’s perfect casting in my book.

The X-Men franchise and its fans chewed Lawrence up and spat her out, effectively halting her victory lap from multiple Academy Award nominations and one win. But watch out: she might return better than ever.

Thanks for reading!  What are your thoughts on Dark Phoenix and the career trajectories of its stars?  Comment down below!

An Exploration of M. Night Shyamalan’s Fascinating and...

Time to Answer the Big Question: Who’s the...