‘Flashback’: A Trippy Light Show with Little to Show for Itself 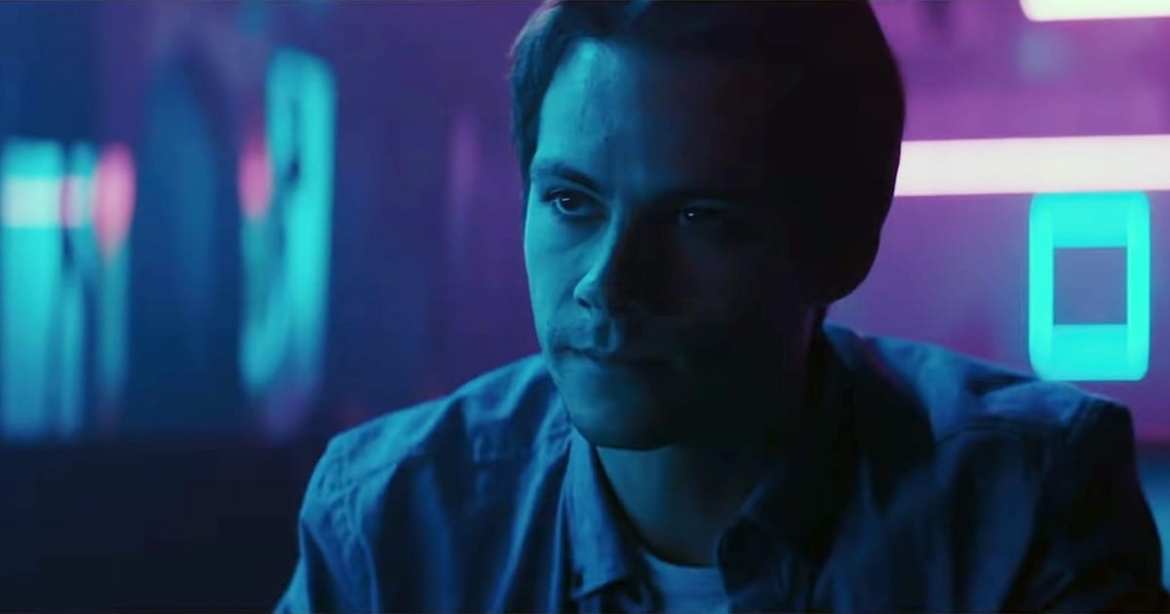 I promise I like a lot of movies — I even am a huge fan of the thriller genre! I know that recent reviews of The Virtuoso and The Woman in the Window seem to suggest the contrary, but the truth is this is always a hit-or-miss genre. The film industry is currently mounting a comeback on the backs of horror and thriller films such as A Quiet Place: Part 2 and The Conjuring: The Devil Made Me Do It. The former is great and has made a lot of money, the latter is a big disappointment but a big box office draw, nonetheless.

Flashback, unfortunately, is neither great for viewers nor (I’m assuming) Lionsgate’s bottom line.

Originally titled “The Education of Frederick Fitzell”, Flashback is a mystery thriller that begins with a simple premise.

It asks: how far would you go to remember that nagging, forgotten memory that you know is rattling around somewhere in your mind?

Fred Fitzell (Dylan O’Brien) is the man with the lost memory at the center of the film. After his mother suffers a stroke and becomes nonverbal, incapable of remembering who he is, something is shaken within Fred. He begins to see strange figures in his everyday life who jar a memory loose — the memory of a girl named Cindy Williams (Maika Monroe), who he once knew well but now can no longer recall much about. What little memory he has of her is wrapped up in his high school days, when all the kids were experimenting with a new street drug called “Merc”. He remembers bits and pieces of one particularly nasty Merc trip with Cindy and then — nothing.

Setting aside the fairly depressing life he’s built for himself since high school — a fairly cold relationship with a high school sweetheart, and an information analyst job that has replaced his dreams of being an artist — Fred finds himself retracing his high school footsteps to try and understand what happened to Cindy Williams. He drags two former high school friends into the mix, as he inches closer and closer to revealing the mystery of that fateful night.

The film’s first mistake is assuming that it has made us care.

From the onset, the mood is somber, and even as events unfold the pace is somewhat plodding. All this would be fine if there were a compelling character at the center of Flashback, but the only character we even get so much as a glimpse into their inner motivations is O’Brien’s Fred. The rest of the characters are more vague ideas of the types of characters that might surround Fred in his journey — old friend 1 and 2, boss (played by The Handmaid’s Tale’s Amanda Brugel — we love), girlfriend, mystery girl, and mother. They exist only to fill out a scene when Fred alone is not enough. And he rarely is.

O’Brien valiantly tries to bring humanity and empathy to the character — but he never really becomes anyone worth investing in. I won’t blame O’Brien here, who’s perfectly charismatic and serviceable in last year’s Love and Monsters, but rather the script that does him no favors. Sparse and wooden dialogue plague every scene of this film, but particularly the first half as it does the heavy lifting to set up director Christopher MacBride’s real vision for the film.

Flashback’s back half gets much more interesting, but it came too late to draw me in and too jumbled to mean much of anything.

It’s hardly a spoiler in a film like this to say that O’Brien’s Fred finds the answers that he’s looking for. And when he does, the film takes a hard pivot into the psychological and psychedelic. The nature of Fred’s own reality is called into question as he ventures further into this new truth, and MacBride conveys this with the introduction of visually interesting (if incoherent) blurred images and strobe effects (seriously, an alarming amount of strobe effects). The revelations and their trippy fallout kept me engaged, but only at an arm’s length. With no one to care about, and no logic whatsoever offered to what we were seeing on screen, the film ends with a climax that was meant to pack an emotional punch but ended up leaving me feeling, “meh.”

To the film’s credit, I get the sense that Flashback told the exact story that it set out to tell. I could see diehard fans of psychological thrillers being highly captivated by the film’s unique mythology. Unfortunately, despite a good effort from O’Brien and a really interesting score from Pilotpriest, the movie doesn’t really come together for me. Here’s hoping the next thriller is a better one.

Thank you for reading! What are your thoughts on Flashback? Comment down below!

‘Angel Has Fallen’ Won’t Win Over Any New...