The rest stop in the center of 'No Exit' is not one you'll likely return to. 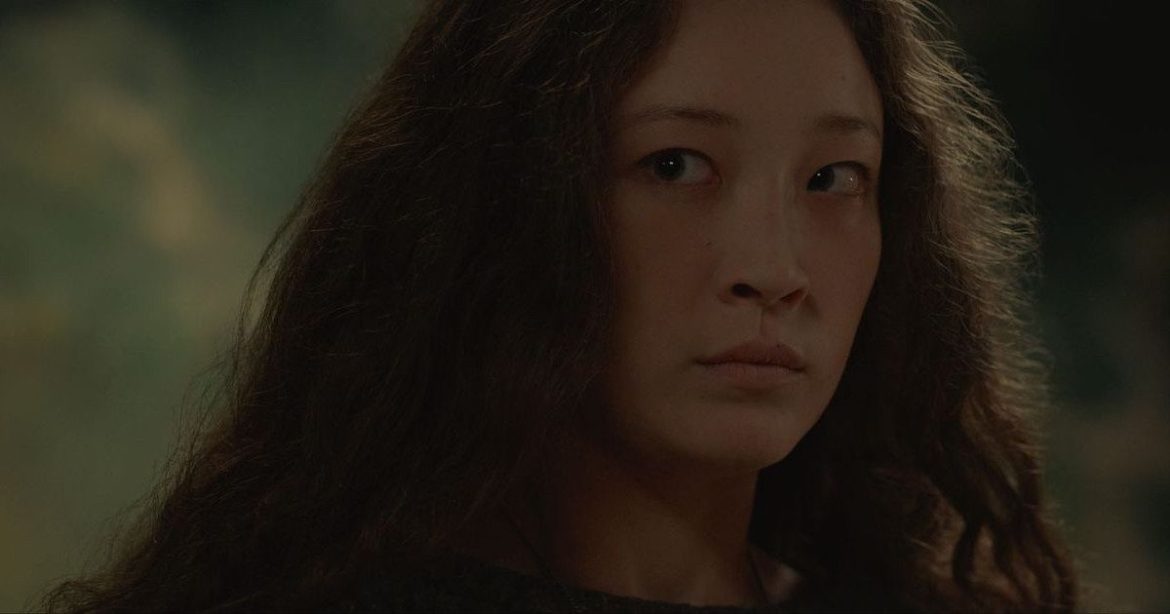 Don’t let its title fool you, 2022’s No Exit is not a modern adaptation of Sartre’s misanthropic play with the same name. It might open with a direct reference to the Myth of Sysiphus, but the film isn’t interested in examining the absurdity of life. Bad things happen, absurd things too. An inclined viewer might find the film to be an interpretation of French existentialism. But the film is first and foremost interesting in its main character and throwing her in the tropes of a traditional Hollywood thriller. And that’s not necessarily a bad thing, though, what you get instead is, unfortunately, a whole lot less interesting.

I’ll keep the plot as vague as possible, so as not to spoil any surprises. We open in the midst of a meeting between recovered drug addicts. Our protagonist, Darby (Havana Rose Lui) has been court-ordered to go to rehab, but from her disinterested look, it’s clear that she has little faith in her ever overcoming her addiction. When she receives a call that her mother is in the hospital after a brain aneurysm, she wants to go and visit her. The staff won’t discharge her, so she escapes on her own, stealing a car to boot.

Due to a blizzard, she’s forced to take refuge in a remote highway rest stop. Inside, she’s introduced to a group of idiosyncratic characters. When she discovers a tied-up little girl (Mila Harris) in the back of a van, she knows that one of these characters cannot be trusted. Who could it be? Could it be the unassuming, Ash (Danny Ramirez), the veteran, Ed (Dennis Haysbert, now playing a marine rather than a Delta force soldier), and his wife, Sandi (Dale Dickey), or the fidgety Lars (David Rysdahl)?

It’s the kind of simple plot I like. I generally like movies where people are stuck in one place. If done right, you can have yourself one hell of a thriller. Take for example a writer being stuck in the house of a deranged fan — Misery; a punk band stuck in the green room of a club run by violent neo-Nazis — Green Room; a group of criminals and cops stuck in an abandoned precinct as a horde of mindless thugs are trying to kill them — John Carpenter’s Assault on Precinct 13.

No Exit satisfies to an extent, mostly through its great performances, and the occasional good thrill. Unfortunately, its major downfall is the script, which shows its hand way too early.

The villain of the story is revealed shockingly early, taking away a large chunk of the suspense. The fun of these movies is seeing how the plot develops, but things move too quickly for the viewer to debate or postulate about where the plot is going. Its short running time also gives little room for the ensemble cast to really develop their characters. This is something that Quentin Tarantino’s The Hateful Eight, another blizzard-set thriller, did so expertly.

Some of the twists of the plot are fun, though once again, the film has such a quick pace, that you can barely process them. The film needed to slow down its pace so we can understand the characters, care about them, as well as give the viewer time to wonder who can be trusted or not.

The script also has a few annoying moments where the characters need to do something stupid or unreasonable to further their dangerous predicament. Some of these actions can be forgiven as people don’t act rationally in such situations, but on occasion, this can lead to several groaning moments.

The setting is effective, though it never feels claustrophobic, nor do the winter elements feel like another foe to worry about. Even though some characters say they are cold, there’s an artificiality to their surroundings that is hard to dispel. It’s hard to say what exactly is lacking. Neither the green screen nor sets are particularly bad, but it never becomes convincing enough. There are also quite a few times where there’s no condensation coming from the mouth of its characters, making it harder to suspend disbelief.

If there’s one definite virtue to the script, it’s the characterization of its main character. The film isn’t afraid to make its lead heroine sometimes unlikable, especially in the early stages when it becomes clear how unwanted she is by the family. At the same time, she’s also a strong active character, filled with grit and determination. Without spoiling whether she survives or not, let’s just say that her redemptive arc ends on a near-perfect note.

None of this would be possible without a committed and sometimes badass performance by Havana Rose Lui. It’s a shame the script isn’t as strong as her performance.

As it stands, No Exit is a decent enough thriller, but one you won’t likely revisit. It has a 90s feel, one of those throwaway thrillers with not much depth to them — think The River’s Wild or Unlawful Entry — but are fun enough to watch until the end.

Thank you for reading! What are your thoughts on No Exit? Comment down below!