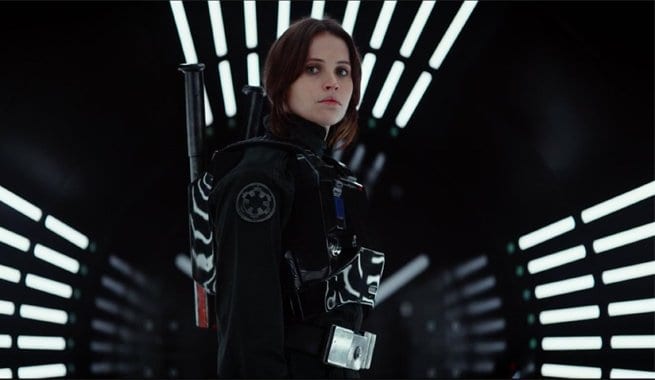 The final month of the year brought us a ton of good movies.  Here’s a more in-depth look at the best of the best, some of which will be heavily involved in awards discussion.  There will be no spoilers given so no need to worry about that!  Be sure to comment with your own thoughts to keep the conversation going.  As a note, the list will only include movies that were initially released in December, not when they were released wide to theaters all over the country.  I’m going to start doing the best and worst of every month, so stay tuned!  Each list will include the top four (or worst four) from the month.  For Without further ado, here’s the best movies of December:

#4: Rogue One: A Stars Wars Story:  The start of the anthology films for the Star Wars franchise, Rogue One makes you want to watch A New Hope as soon as its finished.  However, the film is much more than just a companion piece.  The movie is filled with unbelievable action sequences and quite possible the best third act of a movie this year.  The film is sure to be appreciated by die hard Star Wars fans as it does a fantastic job of filling in gaps in Star Wars lore and gets super nerdy at times.  Rogue One can also be enjoyed immensely by casual moviegoers for its exhilarating war feel.  It also has my personal favorite scene ever put in a Star Wars movie (if you’ve seen the movie, you know EXACTLY which scene I’m referring to).

*To view my review of Rogue One: A Star Wars Story, please click here.

#3: Silence: Martin Scorsese has returned to give us a truly epic and thought-provoking film.  Silence gets better and better as I continue to think about it.  It might be my favorite movie of the month if I was given more time to think about it.  The events of the film are not only absolutely heart-wrenching to watch, but the themes involved stick with you long after the movie is over.  Silence tackles the idea of faith unlike any movie I have ever seen before.  It is definitely not for everyone, but those who get a lot out of movies that challenge you mentally will be overwhelmingly rewarded.

*To view my review of Silence, please click here.

#2: A Monster Calls: I can’t recall the last time I cried this much in the theater.  A Monster Calls definitely goes fishing for tears from the audiences with its story line, but they are absolutely worthy tears due to the careful direction from J.A. Bayona and wonderful performances from Lewis MacDougall as Conor and Liam Neeson as the Monster.  The movie has really ambitious storytelling that allows its somewhat tired plot of a child dealing with a dying parent and bullies into a truly emotional journey.  A Monster Calls gets a lot of brownie points for not being afraid to tackle dark themes in predominantly a child’s story.

*To view my review of A Monster Calls, please click here.

#1: La La Land: This pick was to be expected.  La La Land topped my list of the best movies of 2016 and is truly a remarkable piece of cinema.  Ryan Gosling and Emma Stone have beautiful chemistry together as they attempt to follow their dreams.  I personally am not a fan of musicals, which is a testament to how good La La Land is as a film.  It goes far beyond the average musical by giving us a great story to chew on on top of the incredibly catchy musical numbers.  The film also took a chance and strayed far away from the cliche ending it could have used.  La La Land is currently my choice for the Oscar for Best Picture.

There’s the top movies of December!  What do you think of the list?  Is there a movie you think I left off the list that should be there?  Comment and let me know!

Thanks so much! It’s really a great film that I think you’ll enjoy no matter what your typical enjoyment of musicals are!

A Wrinkle in Time: Is it Possible to...