There’s Only One Spin-off We Want: Obi-Wan Kenobi’s Story 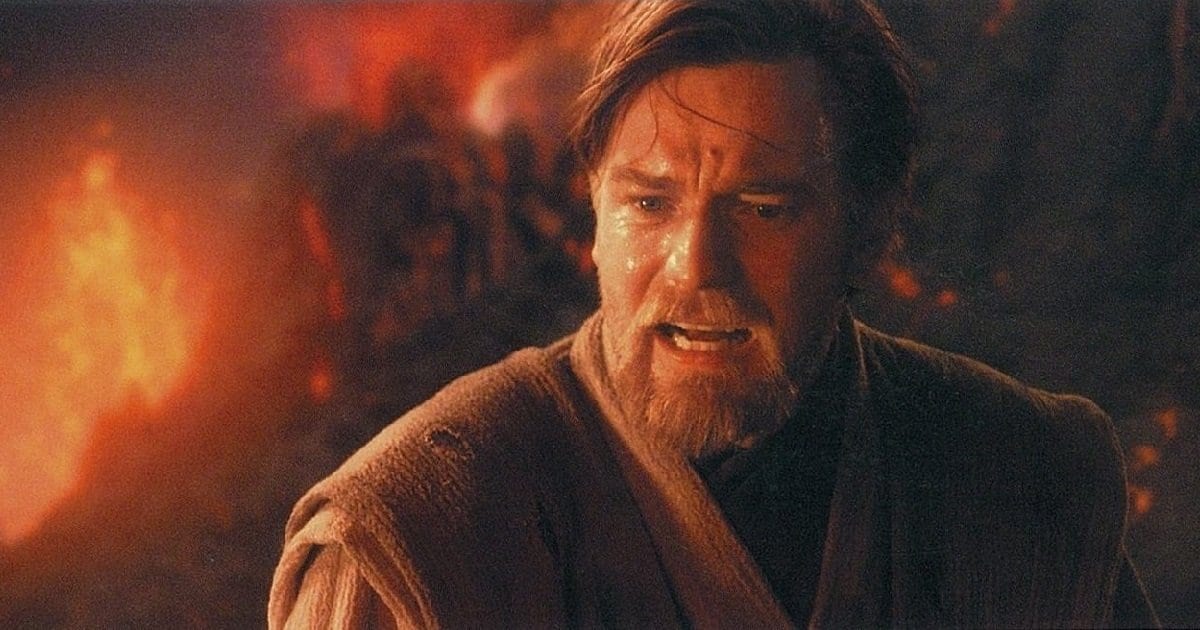 If George Lucas, Ron Howard, Rian Johnson, or J.J. Abrams claim to listen to their fans at all, they would realize that there’s one movie the Star Wars universe is begging for: the film that will tell Obi-Wan Kenobi’s story.

For years, fans have clamored to hear about what Kenobi was doing all those years on Tatooine. Did he have any family there? Did he ever leave or make any trips to other planets? Better yet, how did he become a Jedi in the first place? How and when did he meet Qui-Gon Jinn? These are the questions we still want answered.

Of course, it was interesting to see Han Solo’s backstory and how the Death Star plans were obtained, but those just aren’t the stories we want right now. We want to know how the incredibly handsome Jedi who once vanquished the multi-armed General Grievous became the man he is.

We Miss You, Ewan McGregor

There’s no such thing as too much Ewan McGregor, especially when he’s playing the lovable prequel Obi-Wan. Three movies just weren’t enough to satisfy our Ewan appetite.

It wasn’t just that fans enjoyed the quirky brand of sarcasm that McGregor offered — he completely embodied the spirit of the developing Jedi. He retained the refined British accent that Sir Alec Guinness used in the original trilogy, which gave him that charming sense of pomposity. He gave our favorite character the personality that we only saw a glimpse of in the older version of Kenobi.

Image via In a Far Away Galaxy

For a franchise that places most of its focus on the Jedi, the movies don’t give as detailed an explanation as we would like. Many questions remain unanswered and fan hypotheses can only provide theories; I know I’m not the only one who wants some genuine answers.

Delving into Obi-Wan’s past could answer some of those pressing questions, as Qui-Gon Jinn or Yoda or Obi-Wan himself could help us fill in those holes. It’d be interesting to see how the Jedi Order developed in Obi-Wan’s time.

Aside from the original trio — Luke, Leia, and Han — Obi-Wan is probably the most beloved character of the franchise. Every action he takes, every person he saves — we become more and more attached to him. It’s these selfless acts of love and bravery that truly make him an admirable character. Though we don’t get to know him very well in A New Hope (1977), we still find ourselves torn apart when Darth Vader murders him. After all, he saved Luke and taught him how to become a Jedi. Later, his appearances as a Force Ghost quench our thirst for the Obi-Wan wisdom that Luke desperately needed.

Later, the prequels further endeared him to us by giving him a sly sense of humor, an adherence to rules, and a cocksure attitude when a need for arrogance arose. His relationship with Anakin is also fun to see develop. Because he creates such a strong bond with Anakin, it is even more emotional for us to watch the cultivated relationship disintegrate in front of our eyes.

He’s Been Through the Ringer

Obi-Wan has been through the most in the series (aside from perhaps R2-D2 and C-3PO) and he deserves that spin-off movie for himself, if only to grumble about all the crap he’s gone through to save the galaxy multiple times.

It’s because of him that Luke became who he was. He saved the farmboy from the Tusken Raiders on Tatooine and built him into one of the best Jedi that ever lived. Even after his death, he continued to guide the young man through his harrowing trials as a Force Ghost. For having to deal with two generations of Skywalkers, he deserves more than just our respect and a poster on a wall — he deserves his own movie where he just gets to complain about all he’s been through.

I don’t even care when the movie takes place — before he meets Qui-Gon, after Anakin turns, on Tatooine all those years —  it could even be the entirety of the series told from his sassy point of view and I would still watch it. I don’t care how Lucasfilm makes it happen, I just want it to happen.

Thanks for reading! What are your thoughts on a spin-off Obi-Wan Kenobi movie? Comment down below!

The prequels were All Obi Wan spinoffs. I want anything but more Jedi

I mean that’s true but I want more. I’m curious though–if you don’t want more Jedi, what would you like to see in the Star Wars universe?

I want to see the worlds of those planets. I’d love to see X-Wing Academy, the consequences of a brawl during happy hour at Mos Eisley, the sacking of Cloud City, life in the trenches for a storm trooper, the colonisation of the ugganauts, the knights of Ren founding the first order, the Ghost Base of Hoth and what went down there… literally anything but more old men in cloaks talking about magic

Too true! I have being hoping for this for so long…

To me this is the most boring out of all the prequel/spin-off possibilities.

So long as Kennedy or Abrams have nothing to do with it, I’d watch it.

Not a fan of The Force Awakens?

Nope. Even less so of The Last Jedi. I will not give Solo the time of day.

It would be great to see an Obi-Wan spin-off! I know there have been a lot of speculation about Ewan McGregor reprising the role, and I for one would love to see him return.

In all honesty though, I’d be happy for any spin-off as long as it had purpose and quality. If it’s simply a financial or publicity stunt, then I lose interest, but if it genuinely is being crafted from pure passion of the series then it deserves to be watched.