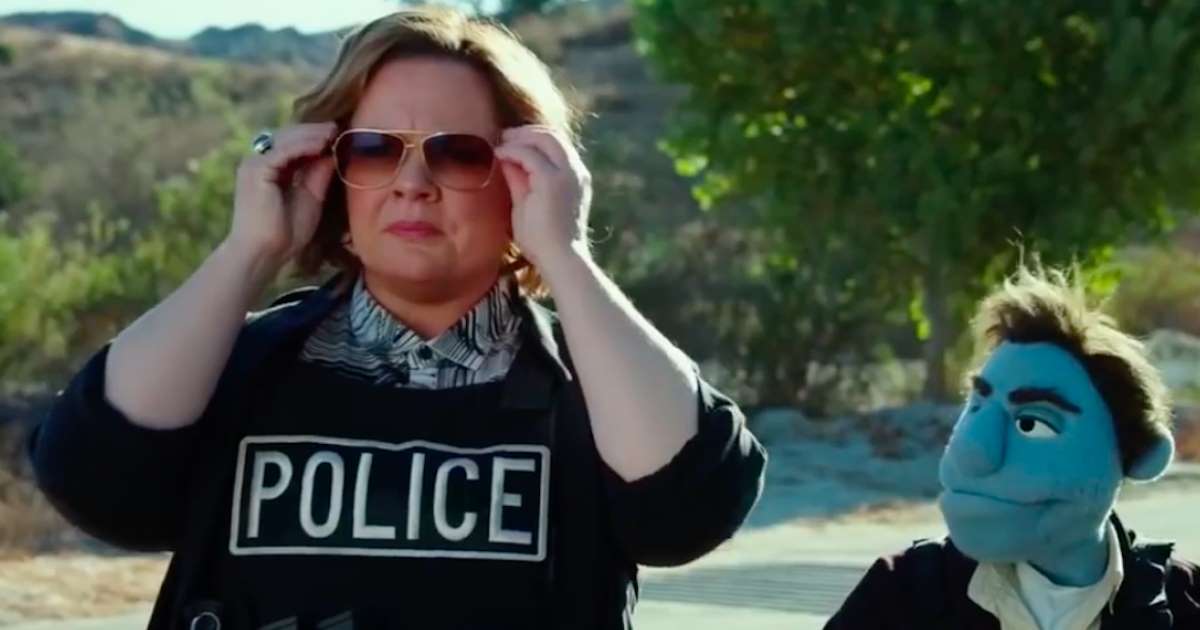 Raise your hand if this was you in August: you sat down in your seat at your local theater, ready to be entertained by the new release that week. Cut to about an hour and a half later, and you’re tossing the remnants of your buttery popcorn into the trash as you leave disgusted. Given the amount of turds that came out in August, I’m sure that a lot of you are raising your hands right now (or you’re not following my instructions, which isn’t very fun of you). Don’t worry, I feel your pain.

There was a lot of junk to sift through last month (more than any one person should have to handle), so let’s take a look back at the month that was…and quickly forget about the bad memories that these films left behind.

So I’m one of the few people who found considerable enjoyment in The Happytime Murders. Maybe it’s because I’m a child at heart that laughs at the shear sight of puppets cursing, but I had fun damnit!

However, it’s cases such as this one where I must concede to popular opinion (and to those on the MovieBabble staff who despised this film) as The Happytime Murders has been REVILED by fans and critics alike. While I find the venom behind the hate to be a little on the excessive side, one must still note that it exists for a large majority of movie fans.

Those that hate The Happytime Murders can point to a lot of issues with the film’s narrative structure and subtext. None of it is incredibly strong, and some of it is pretty abysmal — I can swallow my pride enough to agree with the film’s naysayers in that respect.

It should have done more, and what’s left is a movie that hinges completely on whether or not you find puppets swearing funny.

*To read the site’s review of The Happytime Murders, please click here.

We need more great rap movies. That’s a feeling that many people share.

Netflix understands this negative trend too, so they went ahead and produced The After Party, the story of a young rapper who attempts to resurrect his career after an embarrassing video of him goes viral by getting into a party full of today’s hottest artists. On face value, that setup is perfect for a relaxing, fun movie experience from the comfort of your couch.

But The After Party fails. Hard.

One of the worst sins that a movie can commit is to have annoying lead characters — how the hell are you supposed to empathize with them when you wished that they’d shut up for an extended period of time? The After Party is full of annoying characters, and a plethora of cameos from high-profile rappers doesn’t even come close to salvaging the experience.

*To read the site’s review of The After Party, please click here. image via The Diamondback

I hate this movie. Need I say more?

The entirety of Mile 22 is edited together like a subpar trailer: it’s nothing but nauseating quick cuts — even in the dialogue scenes!

It’s all in service to tell the story from Mark Wahlberg‘s character’s perspective, who has an unknown mental illness that causes him to operate much faster than everyone else. There’s two problems with this construction. 1) we never learn what his character’s illness is, so we can never come close to identifying with his character. And 2) his character is a dick. His mental illness is a crutch for him to act as cruelly as possible to everyone around him. That isn’t what you’d call “respectful.” or, well, “good” for that matter.

I would be remiss if I didn’t say that Mile 22‘s is basically incomprehensible — most likely due to the editing — and that’s a pretty amazing feat considering that the film’s plot is so simple.

Hollywood puts out a lot of crap, so naturally there’s more than three films from August that we need to chastise for various reasons:

It’s lovely to see the Pooh and the rest of his classic friends, but let’s face it, this story doesn’t warrant the nostalgic feels that Disney was hoping for when it gave the green light to this story. We’ve seen this kind of deadbeat father story arc before, yet Christopher Robin doesn’t even get that clichéd setup to work.

The pieces were there for Kin to become a pretty spectacular, grounded tale with a sci-fi twist. It has a great cast, interesting themes, and awesome, possibly schlocky elements. The problem is that it doesn’t pay off any of its elements with any sort of emotional resonance; it all feels flat.

The Spy Who Dumped Me

Another example of wasted potential! The Spy Who Dumped Me strands Mila Kunis and Kate McKinnon in a familiar spy storyline full of obvious double crosses that never finds the right tone. Again, you just leave wanting more.

Thank you for reading! What are you thoughts on the worst movies of August 2018? Comment down below!

Glad I missed all three of those! I didn’t mind Christopher Robin or Spy Who Dumped Me too much, though.

Well that’s good! It’s always the worst leaving the theater disappointed or angry; glad you didn’t have that experience! 😁

I felt that way all of 2018, with a few exceptions

I’m glad someone played along with my little game! 😂 I hear ya, there have been some serious lows this year!

You know from the “Best Of” list how I feel about Mile 22, so we’ll bypass that and get on to where we agree: The Happytime Murders. You’re right… it isn’t as bad as a lot of people groan about, but I thought it didn’t go far enough. It tried to be brash and offensive, but was continually pulled back to the feel-good Muppet brand that warms the hearts of audiences, and because of that, it just didn’t work they way it should have. Which is why it is also #3 on my list. The other two: #2) Slender Man – the characters were so dull and lifeless, I didn’t care what happened to them, which isn’t good for a horror film; and #1) Kin. – You said it. There was a lot of wasted potential on this one, turning what could have been an interesting coming-of-age sci-fi film into a bland road-trip movie with no emotional core (or point to many of the characters they introduce).