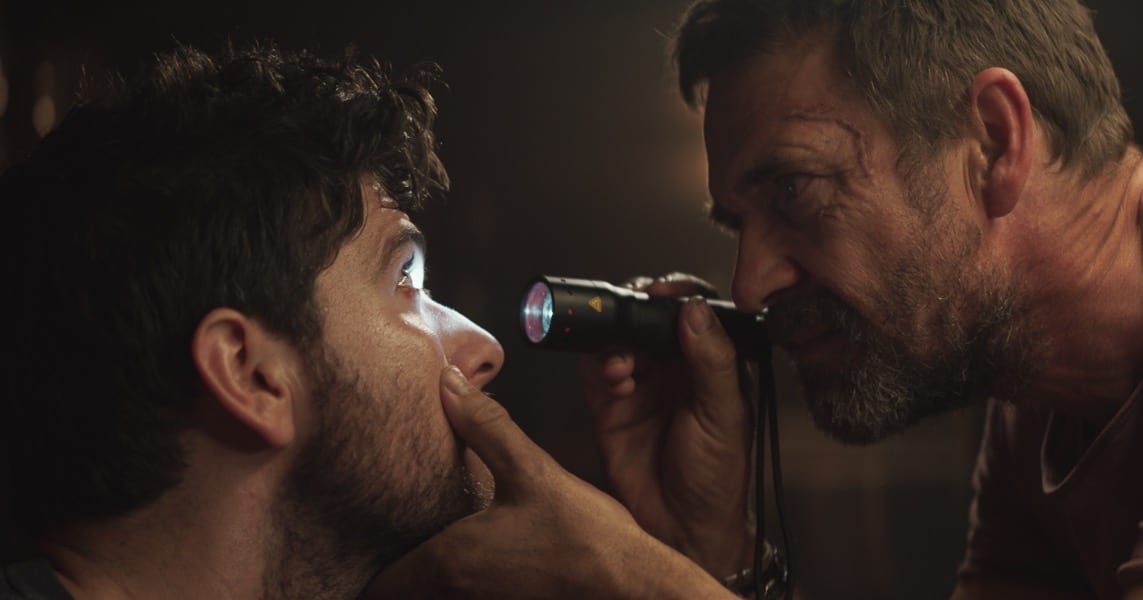 Like most good things in life that were put on hold or canceled due to COVID-19, the 67th Sydney Film Festival cannot go ahead in its traditional form in 2020. But thanks to the tireless efforts and hard work of the SFF team, the festival will be going virtual from June 10th-21st. This year’s festival while limited to just 33 films boasts an impressive lineup with world premieres of exciting Australian documentaries, a shorts program from up and coming Australian filmmakers, and some of the best, most compelling female-directed feature films out of Europe. Along with the films, there will also be exclusive bonus material including filmmaker introductions, Q&A sessions, and live panels.

Thanks to SFF, I’ve had the opportunity to preview a handful of features and documentaries from this year’s program that you should definitely consider checking out at the festival.

The following reviews are all part of the Europe! Voices of Women in Film strand of the SFF program.

Ah yes, what better film to put your mind at ease during the ongoing quarantine than this nautical Irish creature feature chamber drama hybrid? That is sure to settle your nerves.

Neasa Hardiman’s Sea Fever follows socially awkward marine biology student, Siobhán (Hermoine Corfield), who is reluctantly thrust onto a fishing trawler owned by married couple Gerard (Dougray Scott) and Freya (Connie Nielsen). With their fishing business on the brink of financial ruin, they voyage to the far reaches of the Atlantic desperate for a big catch, while Siobhán observes for any ecological anomalies. But out in the open water, a gigantic unknown sea creature latches onto the ship, damaging their vessel and infecting the crew with deadly parasitic spores.

Needless to say, Hardiman’s film is remarkably prescient in the wake of COVID-19. Immediately, Siobhán is at odds with the rest of the crew. Her analytical scientific methodology clashes with the crew who believes knowledge is bred from experience and whose philosophy is so deeply ingrained in folklore, myth, and superstition, to the point where they are worried that Siobhán’s red hair is bad luck for them. This simmering tension gets stretched to its breaking point once infected as they debate whether they should be isolating themselves on the ship (sound familiar?) or heading back on land for help. The trawler quickly transforms into a microcosm of how the world dissolves into chaos in times of crisis, as if it were eerily foretelling this epidemic we are currently living in.

Audiences expecting a swashbuckling monster-mash at sea might be disappointed, as the hulking luminous tentacled beast is scarcely seen. But it’s the human drama that is the effective driving force of this film. Like most monster films, there’s several questionable decisions from characters and their behaviors change instantly in ways that feel a little contrived and script-mandated, but Sea Fever is a tense, entertaining, and oddly prophetic maritime pot-boiler that makes for a great quarantine viewing.

Despite myself often disliking films of its kind, there is something about anthology films that I seem to instinctually gravitate towards, especially if they have an incredibly compelling concept. And when I find a great one, I sing its praises from the highest rooftops.

Enter this Finnish portmanteau film born out of the award-winning One-Off Incident project, where female filmmakers (and an all-female production team) created a series of short films that portray women’s’ experiences of the invisible exercise of power over them. Force of Habit is a cinematic compilation of six of these short films about sexual abuse towards women, systemic sexism, and society’s conditioned acceptance of gender disparity.

Ranging from a teenage girl being harassed by young men on a bus, a woman being groped by a stranger at a bar on vacation to a male defense lawyer seeking justice for a rape victim, every segment is radiating with the filmmaker’s sentiments of gross injustices towards women, no matter how minor or major the incidents are perceived to be at both a personal and institutional level. Whether it’s a theater actress conflicted about a rape scene she must perform or a group of older women at a work celebration discussing the Me Too movement and realizing they have been sexually harassed in the office for decades, the filmmakers explore how voiceless and helpless women are in these situations, even when they are screaming to be heard.

Although the mixture of the shorts into a feature draws more focus towards certain segments and makes others feel a little shortchanged in the edit, it does not minimize the impact of the film. Force of Habit is a clever, insightful, and enduringly powerful film that holds a mirror to gender inequality without ever being lecturous or preachy. One of the best films of 2020 so far and a clear highlight of the SFF program.

Swedish filmmaker, Amanda Kernell burst onto the festival scene in 2016 with her debut film, Sami Blood taking out the Fedeora award for best debut director at Venice. In her much-anticipated follow-up, Charter explores the mind of a woman broken by divorce and desperate to reconnect with her children.

After a messy separation, Alice (Ane Dahl Torp) is in an intense custody battle for her children. After receiving a troubling phone call from her young son saying “I don’t want to be here”, she leaves Stockholm for her ex-husband’s house in a small town in Northern Sweden. Worried for their safety, Alice abducts her two children and takes them to a holiday resort in the Canary Islands. It’s a trouble in paradise tale as Kernell’s complex and nuanced character study is deeply discomforting and as unpredictable as Alice’s erratic behavior.

What makes Charter such an uncomfortably gripping film is Kernell’s handling of the tension and mystery. The cause of Alice’s divorce, her subsequent ostracism from this small town, her motives for abducting her own kids, and why her children hate her are all shrouded in ambiguity, elevating the uneasiness of every scene. Whether it’s Alice interrogating her alienated children who they would rather live with or even in genuine moments of affection between them such as a touching karaoke rendition of Meatloaf’s I’d Do Anything For Love, the tension and discomfort are lingering and ever-present, even when the barriers between Alice and her children are seemingly starting to fall. Ane Dahl Torp is excellent as Alice. This performance could have easily become so broad and manically over the top, but she truly shines in bringing out the complexities of this broken and conflicted woman. Her unpredictable and impulsive demeanor is what makes Alice such a compelling character to watch, but Torp also nails the warmth and love she has for her children that is veiled by her behavior.

Unfortunately, the film really starts to lose steam towards the end of the second act and struggles to regain the momentum the first hour had until it reaches its poignant conclusion. But overall, Charter is certainly a must-see film in the SFF Program. Aside from featuring one of the most uncomfortable vacations in cinema history, Amanda Kernell’s daring sophomore feature is a tense tale of one woman’s desperate journey to prove her self-worth.

These are just three of the 10 feature films screening as part of the Sydney Film Festival’s Europe! Voices of Women in Film Program strand until June 21st. To purchase a virtual pass or see the full program for this strand and the rest of the festival, head to ondemand.sff.org.au.

Thank you for reading! What are your thoughts on the 2020 Sydney Film Festival? Comment down below!