‘Beckett’: John David Washington Excels as He Goes Through Hell and Back 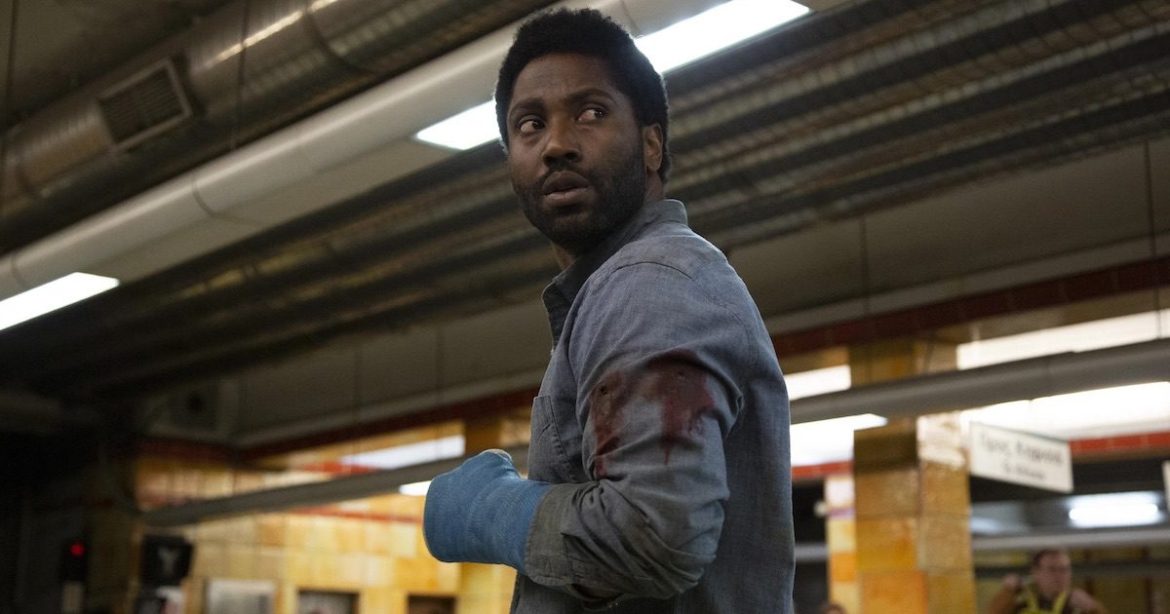 You would imagine a holiday in Europe to be serene, joyful even, especially when said holiday happens in Greece. Your mind would go to the ecstatic bliss of song and dance in the Mamma Mia! films, or perhaps even the quietude of conversation and rumination in Before Midnight. Maybe even the stirring opportunity of love in The Sisterhood of the Traveling Pants. But for John David Washington’s titular Beckett, an American tourist on vacation in Greece with his girlfriend, April (played by Academy Award-winning actress Alicia Vikander), his trip overseas could not be any further from the ideal holiday.

In fact, his trip turns out to be quite the exact opposite, as his luck takes a turn for the worst; being the wrong man, at the wrong place, at the wrong time, after a coincidental accident in the middle of the night, in the middle of nowhere in rural Greece certainly does not qualify for a good vacation experience — let alone any experience. Beckett learns this the hard way as he goes through hell and back to uncover the truth and free himself from blame in Netflix’s latest political thriller.

John David Washington shines in Ferdinando Cito Filomarino’s sophomore directorial feature. Yet again, Washington proves himself and his capabilities, as a leading man and as an actor, with another sizzling performance at the core of this thriller as its lead. Not a new face to the spotlight, Washington has been on the rise ever since his award-winning breakthrough in Spike Lee’s BlacKkKlansman — the same director who directed Washington’s initial on-screen debut as a child in Malcolm X. Since then, Washington has perfected the summer action-star role with Christopher Nolan’s physics-bending Tenet, he has proved his dramatic sensibilities as a potently opinionated filmmaker in Malcolm & Marie, and now, once again, he sparkles as the lead of this political thriller as an innocent tourist on the run from the hostility of a corrupt scheme bigger than him and his attempts to right his own fortuitous wrongs.

John David Washington’s rational, plausible performance as Beckett is arguably what glues together so many aspects of the film. Although brief, his chemistry with Vikander, who plays Beckett’s girlfriend, is simply dear, which leads to some resonant and endearing scenes in the opening montages of the film. Not only do these opening scenes of endearment build a further sense of dread and impactful grief over the forthcoming car accident that adds further anguishing effect to Beckett’s continuous lamenting of her death over the film, but it also builds a sense of character around who he is, which works brilliantly in a low-concept film like this that centralizes its entirety around Beckett’s character, his conscience, and his survival for innocence amidst constant threat for his life from corrupted political powers hunting him for his accidental exposure to a political conspiracy.

The longer the film lingers, the more Beckett carries the heavy burden of guilt over the preceding car accident. Sights and memories that remind him of his girlfriend, April, continue to occupy and haunt his mind on his way back to Athens, to the American embassy; a constant lament in his soul for his departed partner that repeatedly wears his spirit weak, because of his insistent blame on himself for the accident. Instantly, this exhibition of emotionality on Beckett, as the film hints at his struggle with guilt and emotional burdens — mental hurt of grief and laments over his banged-up exterior of bullet wounds and car crash scars — sets it apart from other modern political thrillers.

Whereas other political thrillers often suffer from the shallowness of being too high-concept for their own good, with too much focus on narrative and not enough on character, Beckett finds itself on level ground, with a grounded, well-expanded story that places emphasis on character first, through centering its attention on Beckett’s psychological and physically enduring journey to safety, with accented attention on how his guilt and grief weighs heavily on his psyche through this perilous passage to security. Through this basis of Beckett’s character and psyche, the film introduces itself into a larger whole with the underlying political narrative of the film, that provides answers to the cause of his manhunt and connects the dots with other aspects of the film in a timely fashion, which for director Cito Filomarino, works well in favor of his low concept political thriller and its larger political themes of corruption, unrest, and criminality.

Tying into these larger political themes is the supporting role of Vicky Krieps’ Lena, a political activist, whose activism and aid to Beckett act as a catalyst for him discovering the bigger picture of the conspiracy he is now involved in and helps him reason the cause for the manhunt after him. Another brief supporting role in a film whose focal point is understandably Beckett, like Vikander, Krieps is similarly central to Beckett’s journey.

Setting itself further apart from other modern thrillers, it helps that the film looks pretty damn great visually. Sayombhu Mukdeeprom, a frequent collaborator of the project’s producer, Luca Guadagnino, with works such as Call Me by Your Name and Suspiria, is a fine fit for the film, as he excellently captures Beckett’s disarraying escape from those after him. He does great work at capturing action, adding a sense of thrill and unease along with another understated collaborator on the film, composer Ryuichi Sakamoto, whose exhilarating score is a potent addition to an already tense atmosphere.

In its constant engagement and emphasis on character, Beckett is a political thriller done right, voiced through a personal perspective of grief and guilt that is wonderfully embodied through yet another exemplarily phenomenal John David Washington lead performance; a refreshing film in a densely overdone genre that is a notable addition to Netflix’s 2021 slate.

Thank you for reading! What are your thoughts on Beckett? Comment down below!

‘Those Who Wish Me Dead’ Is an Overreaching...