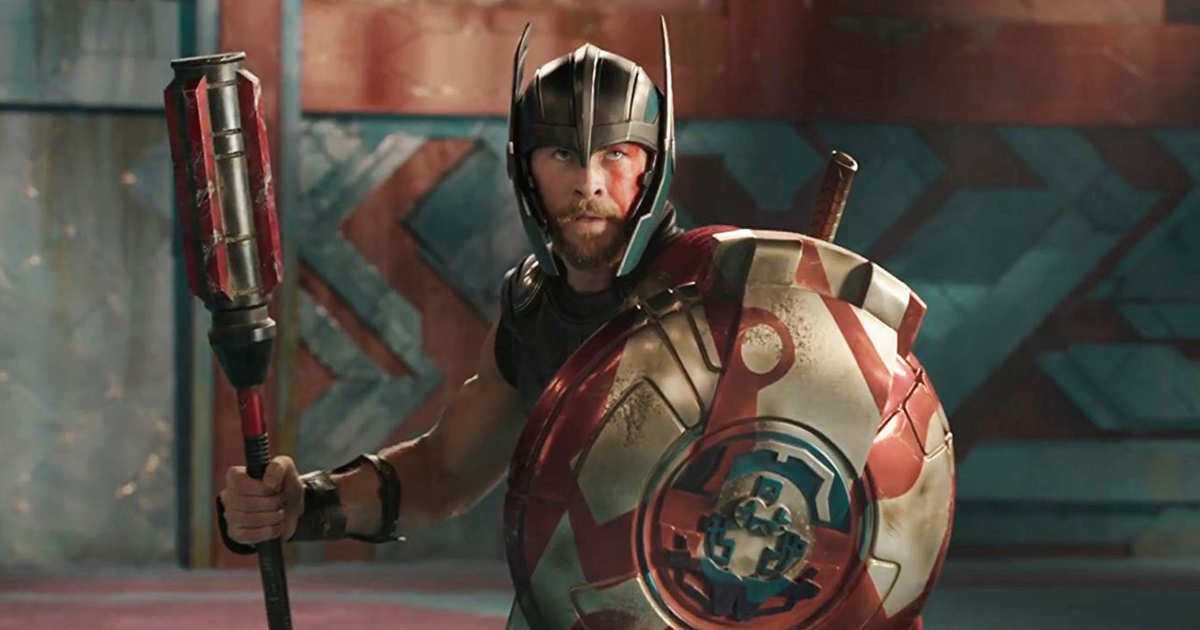 After a record-low month of October, Thor and company came to save the day as Thor: Ragnarok destroyed the competition this past weekend.  Other films did all they could to claim all the scraps that Ragnarok left for them, but nothing really stood a chance against Marvel‘s latest project.

Thanks to a slacking box office during the month of October, Geostorm was able to hang on to the final spot in the top five for another week.  But let’s face it, Geostorm is still a serious box office bomb for Warner Bros.  By my estimation, Geostorm needs about $300 million in box office returns in order to break even.  However, the disaster film has only grossed $182 million overall.  Oof.

Within the next week, Geostorm will undoubtedly fall out of the top five and fade off into obscurity, destined to be a regretful late night purchase on VOD. Similar to Geostorm, Boo 2! continues to hold on merely due to the lack of competition in recent weeks.  Estimates claim that the film had a combined production and marketing budget of $20 million, making its $43 million worldwide take a solid number for Lionsgate, however.

Although the film has suffered from diminishing marginal returns compares to previous Madea films, that doesn’t change the fact that the franchise continues to be profitable.

What causes this consistency?  Lionsgate has successfully targeted the film’s core audience in terms of demographics and location.  Distribution of the film is much more cost effective as the film doesn’t have to open in nearly 4,000 theaters to turn a profit.  Let that be a lesson to you, market research is a serious part of the job.

image via The Numbers

After winning the weekend last week, Jigsaw succumbed to a typical week-to-week drop of about 59.7%.  However, there is a silver lining in this news for the eighth film in the Saw franchise.  The film has grossed approximately $60 million on a $10 million budget, making the film a worthwhile investment for Lionsgate.

But, I may have to retract some of that praise as Jigsaw is one of the worst performing films in the Saw franchise.  The film may be lucky to hold onto the fifth spot in the box office results next week, meaning that it’s theatrical run will soon come to an end.

Six of the other seven Saw films grossed over $100 million worldwide.  Jigsaw, on the other hand, will be lucky to gross $70 million.  It’s clear that people just don’t care as much about Saw as they did in the mid-2000’s.

When you consider that Lionsgate was playing heavily on the nostalgia factor of the franchise, it would appear that this is the last chapter, finally.

Unsurprisingly, A Bad Moms Christmas went heavily after the female audience…and succeeded.  82% of people that saw the film this past week were female, and 87% of that number was over the age of 25.  It’s safe to say that a lot of moms out there took a trip to the wild side to see this film.

However, the numbers overall were a tad disappointing as the film claimed only $21 million over the entire week after releasing on Wednesday to try to avoid a certain superhero film.  The film made $28 million worldwide, earning back the film’s production budget which was also $28 million.

Over the next few weeks, it’ll be interesting to see how A Bad Moms Christmas performs.  The first film performed as well as it did due to word of mouth, so we’ll see if audiences enjoy the sequel as much as the original.

Personally, I would’ve waited a few weekends to release the film.  Christmas is still almost two months away! image via To The Motherhood

Well, this isn’t much of a shocker.

Thor and his gang of misfits killed the competition, surpassing the opening weekend gross by Spider-Man: Homecoming back in July.  To put this number into perspective, Ragnarok beat Thor: The Dark World‘s opening weekend total by over $36 million, proving that the facelift to the character did wonders for the overall picture of the MCU.

Estimates have Ragnarok‘s domestic total finishing around $330 million, but that might be a little on the conservative side considering how well the film is doing with both critics and fans.

To make matters even better for Marvel, the film has already earned $306 million from overseas markets, pushing the overall total to about $427 million.  Sorry, Justice League, but you’ll have a juggernaut to deal with when you come to theaters in two weeks.

–It surpassed Suicide Squad as the 53rd largest domestic release of all-time this week after earning another $1 million.

Thanks for reading!  What are your thoughts on Thor and the rest of the box office report?  Comment down below!

I love how Thor looks like a kid at Christmas having realized he got exactly what he’s wanted all his life. YEEEES!!

??? that gif is priceless

After 10 Years, Have You Forgotten Sarah Marshall?