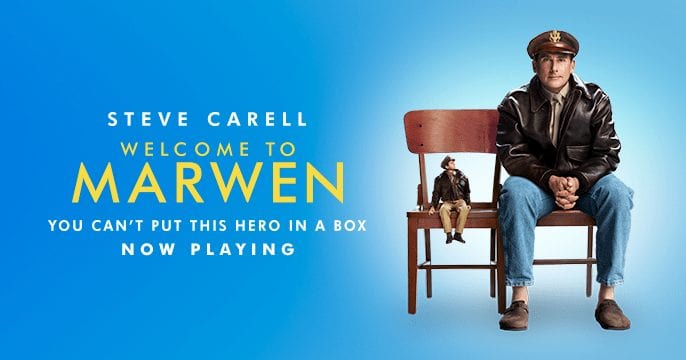 Though Steve Carell has made a concerted effort in recent years to pivot towards dramatic roles, 2018 has been the most drastic shift for him, with Beautiful Boy, Vice, and Welcome to Marwen all aiming for some sort of awards consideration. After observing the weaknesses of Welcome to Marwen, it’s safe to assume it will be up to Carell’s other two 2018 films to put him in the running. (Sorry, Steve!)

Written by: Robert Zemeckis and Caroline Thompson (inspired by the documentary, Marwencol)

Following a brutal attack that costs him nearly all of his memories, Mark Hogancamp (Carell) retreats into a world of his own design. As a form of therapy, he builds a model town in his backyard, populates it with dolls (including an avatar for himself), and acts out scenes to photograph. A new neighbor, Nicol (Mann) moves in across the street, and immediately grabs Mark’s attention. This is pretty much what drives this version of Hogancamp’s story, for better or for worse.

In 2010, a documentary was made about the real Mark Hogancamp, after word of him and his work began to spread. It was called Marwencol, and did very well on the film festival circuit. It wasn’t long before Hollywood came calling to make a narrative version. As expected, the screenplay took some liberties with the story. For instance, the character of Nicol (Mann) is a “Manic-Pixie-Dreamgirl” type, created for the feature. It seems most Hollywood-made biographies like to add a love interest, even when there wasn’t one. God forbid friendship, or personal triumphs alone, guide a story.

The Women of Marwen

In the village of Marwencol (called Marwen for most of the feature), the hero dolls are all female (other than the avatar, “Cap’n Hogie”). In various interviews, Hogancamp has explained that his attack left him wary of men. His dolls carry out brutal acts of vengeance on his behalf, because he considers women his protectors.

This dynamic plays out quite well in Welcome to Marwen, with the team of dolls stepping in to save Cap’n Hogie in the nick of time, on many occasions. The doll sequences were accomplished with motion capture technology, so the figures’ faces look exactly like their human counterparts. It’s fun to see the actresses step in and out of the real world, as each essentially plays two characters: a friend of Mark’s, and an action figure.

One of the main villains of our story, Deja Thoris, is also a woman, though it isn’t immediately clear whom she represents. The viewer considers several possibilities (or combinations thereof), until it is spelled out in a very on-the-nose manner at the film’s climax. 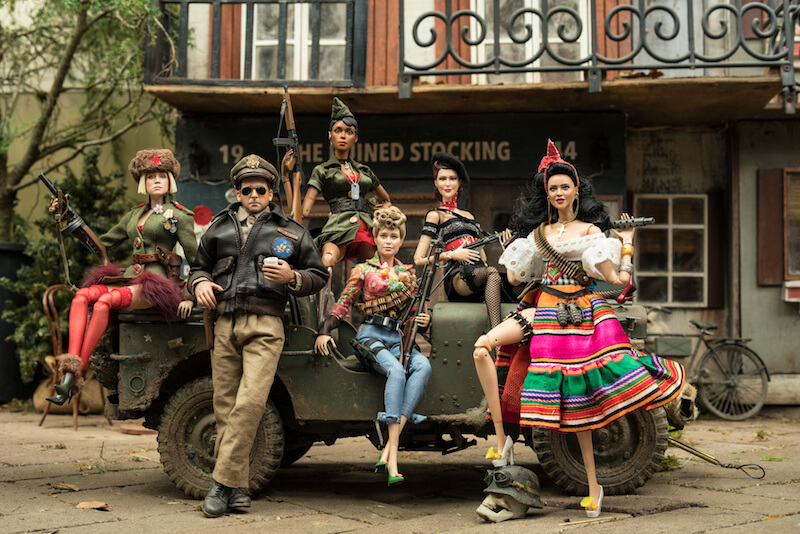 What’s Good About It

One of biggest strengths of Welcome to Marwen is its cast/characters. In both their live action and “mo-cap” action figure forms, the characters are well-played… for the most part. We’ll get into the exceptions later. Steve Carell is a skilled actor, which I think has been well-established by now. He even makes the “dad joke” one-liners Cap’n Hogie drops a bit less groan-worthy. In general, he delivers a powerful performance, even while navigating his way through a flawed script. If this Hollywood version of Hogancamp were played by a less likable actor, this movie would be in major trouble. Carell is the only thing keeping us sympathetic when things get creepy. They were wise to cast him.

Another great choice was Merritt Wever as Roberta, an employee of the local hobby shop Mark frequents. One can tell the character probably wasn’t all that fleshed out on paper, but Wever makes something out of it. She is funny (in a subtle, laid back sort of way), and seems more like a real person than anyone else in this story. Roberta is essentially the teen movie style “female friend” character, but she is a bright spot nonetheless. 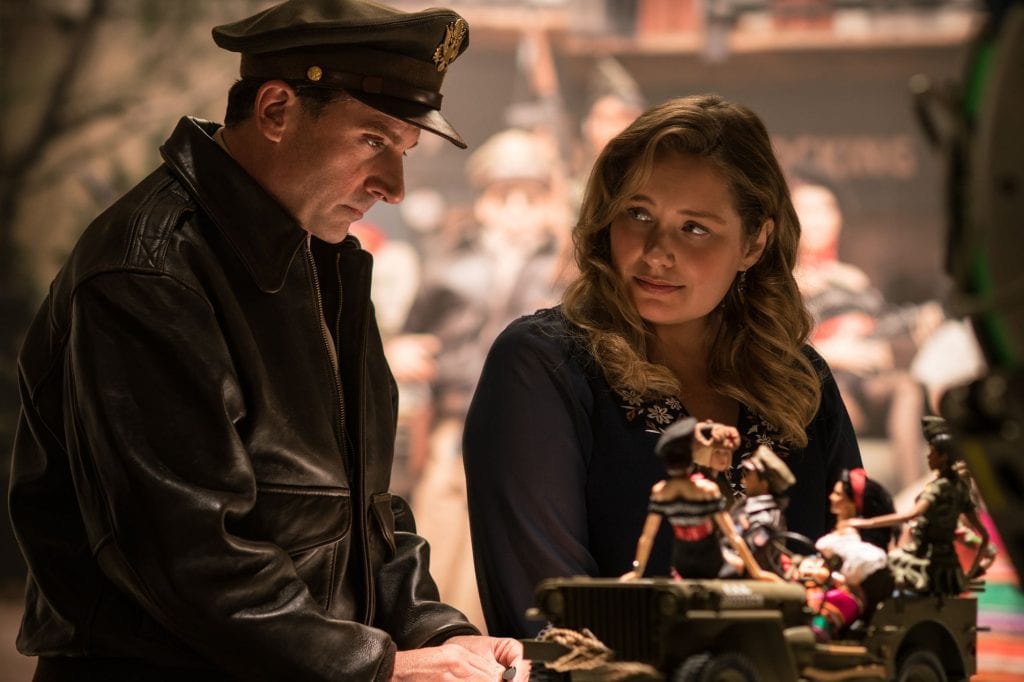 Where Welcome to Marwen suffers most is with its casting and characters. I know, I just said that was the biggest strength, didn’t I? Well, it’s both. There are some great characters and performances, and some so bad, they are distracting. One such example of the latter problem is Neil Jackson.

To be fair, I’m honestly not sure if he’s the issue, or if the character was that poorly constructed. Kurt (Jackson) is such a one-dimensional “jerk” character, it’s almost unbelievable. He’s so bad, he makes the generic bad guys in 1980s teen movies seem well-rounded. In a somewhat ironic twist, Kurt’s Marwen counterpart, Major Meyer, is actually more fleshed out than the real-life version. Kurt seems to exist for no other reason than to be turned into a villain action figure. It seems as though Zemeckis and Thompson were writing the screenplay, and said, “we need another mean doll in Marwen, but there’s no character for him to represent.” So, they made one.

Note: Kurt is such a forgettable character, I couldn’t even find an image of him to place here.

I hate to say it, as someone who normally enjoys her, but Leslie Mann’s character is unbearable. Nicol is what one would refer to as a Mary Sue — a character who is flawless to a fault. Just completely saccharin and unrealistic. While Kurt is a generic “bad person,” Nicol is a generic “good person.” Again, as with Kurt and Major Meyer, Nicol is a more compelling character as a doll. Even then, though, she stands out as the goody-goody one of the group. There’s nothing wrong with being an accepting person, but the level to which Nicol lets things slide is just… inhuman. Mark could tell her he has bodies buried in the yard, and she’d say, “Oh, that’s interesting. Would you like more tea?”

Welcome to Marwen has some playful magic, some meaningful symbolism, and is fun much of the time. However, there was potential here to be so much more than, “fun.” This could have been a touching biopic, if they’d spent a bit less time in Marwen, and told more of Mark’s story. If the Mark Hogancamp in this movie was a bit more like the one of the real world, this would have been a much better experience. Perhaps, we should go watch the Marwencol documentary, instead.

Thank you for reading! What are your thoughts on Welcome to Marwen? Comment down below!