‘Harry Potter and the Half-Blood Prince’ is a Teen Comedy 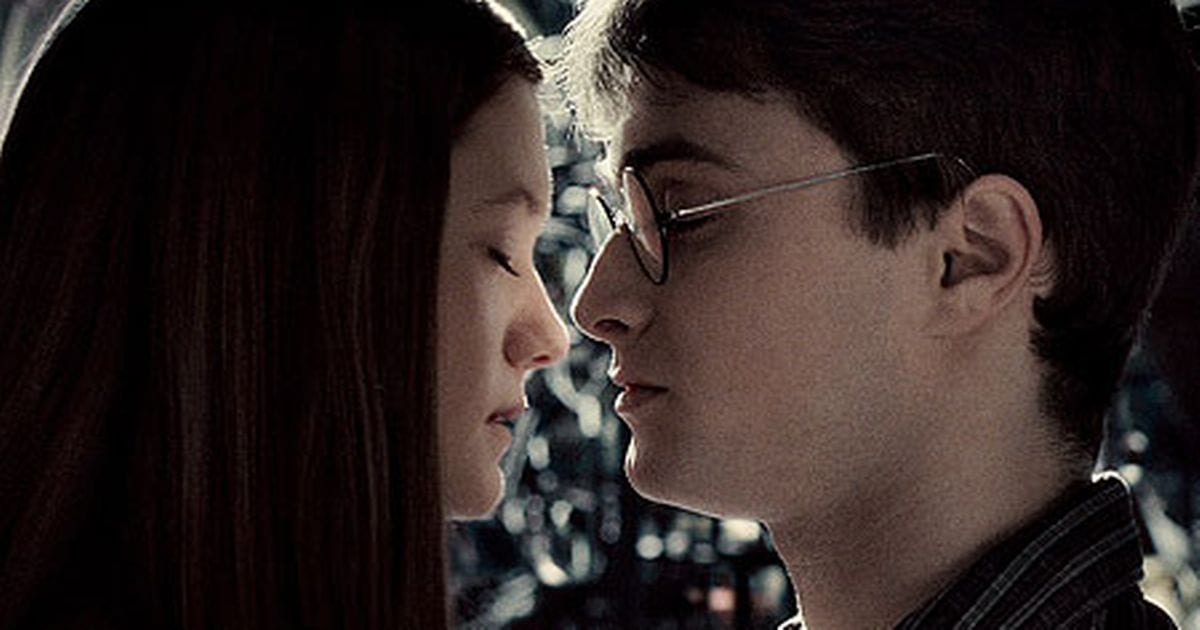 I’d seen this video that parodied Harry Potter and the Half-Blood Prince as a teen comedy a while ago, but I didn’t realize how accurate it was until I rewatched the film this past week for its 10th anniversary. Honestly, Half-Blood Prince was perhaps the dullest installment in the Harry Potter franchise (book and movie) and the fact that it was essentially a teen comedy most likely saved it.

That’s right, folks — Half-Blood Prince is a teen comedy. You cannot convince me that is not, because I’ve seen the evidence for myself. The above video may be a parody, but it couldn’t be more on the money.

Skeptical? Let me lay it all out for you.

Let’s not beat around the bush — Ron and Hermione were really starting to get into each other in this film. Both were awkward around one another throughout Half-Blood Prince. Hermione was jealous of the daft girl latching onto Ron while Ron used rude remarks to win Hermione’s affections. Basically, they were the idiots in every teen comedy.

But this was just a side plot, right? Wrong.

There was an entire scene devoted purely to Hermione crying because Ron was snogging the dumb girl. You could’ve cut out that entire scene and the film would not have lost anything important. We all knew Ron and Hermione were going to end up together, so what was the point in dragging it out? Why not cut it out to include other, more exciting scenes from the book?

Harry is Awkward and Isn’t Getting Any

Half-Blood Prince begins in a London train station cafe with Harry awkwardly flirting with a waitress and agreeing to go on a date when she gets off work. Of course, Harry doesn’t get the girl because he’s the Chosen One and must go on some harebrained quest with Dumbledore. Dumbledore remarks that he’s sorry that Harry couldn’t go on his date, but then does nothing to help Harry not look like a jerk.

Kind of an odd scene to throw in, but it shows that Harry is grown up and he’s still not getting any. Get this boy some snogging or something because he is really frustrated at this point.

Enter Ginny, who is just as awkward as Harry, so it’s a match made in heaven. Basically, their romance has all the suavity and charm of the romance between John Tyree and Savannah Curtis in Dear John (2010), which is probably the worst dialogue I’ve ever had to sit through. What’s even more frustrating is that we all know that Harry will end up with Ginny, but were forced to go through all the dancing about that a romantic comedy goes through first. I will give credit to Half-Blood Prince though in that it didn’t drag it out nearly as long as it could have.

Where Did Cormac Come From?

Seriously? Where did Cormac McLaggen come from? This is one of those characters that you can just cut completely when making that transition from book to movie. McLaggen serves no purpose in Half-Blood Prince except to antagonize Ron and flirt shamelessly with Hermione. He’s basically the British version of the star-high-school-football-player character. 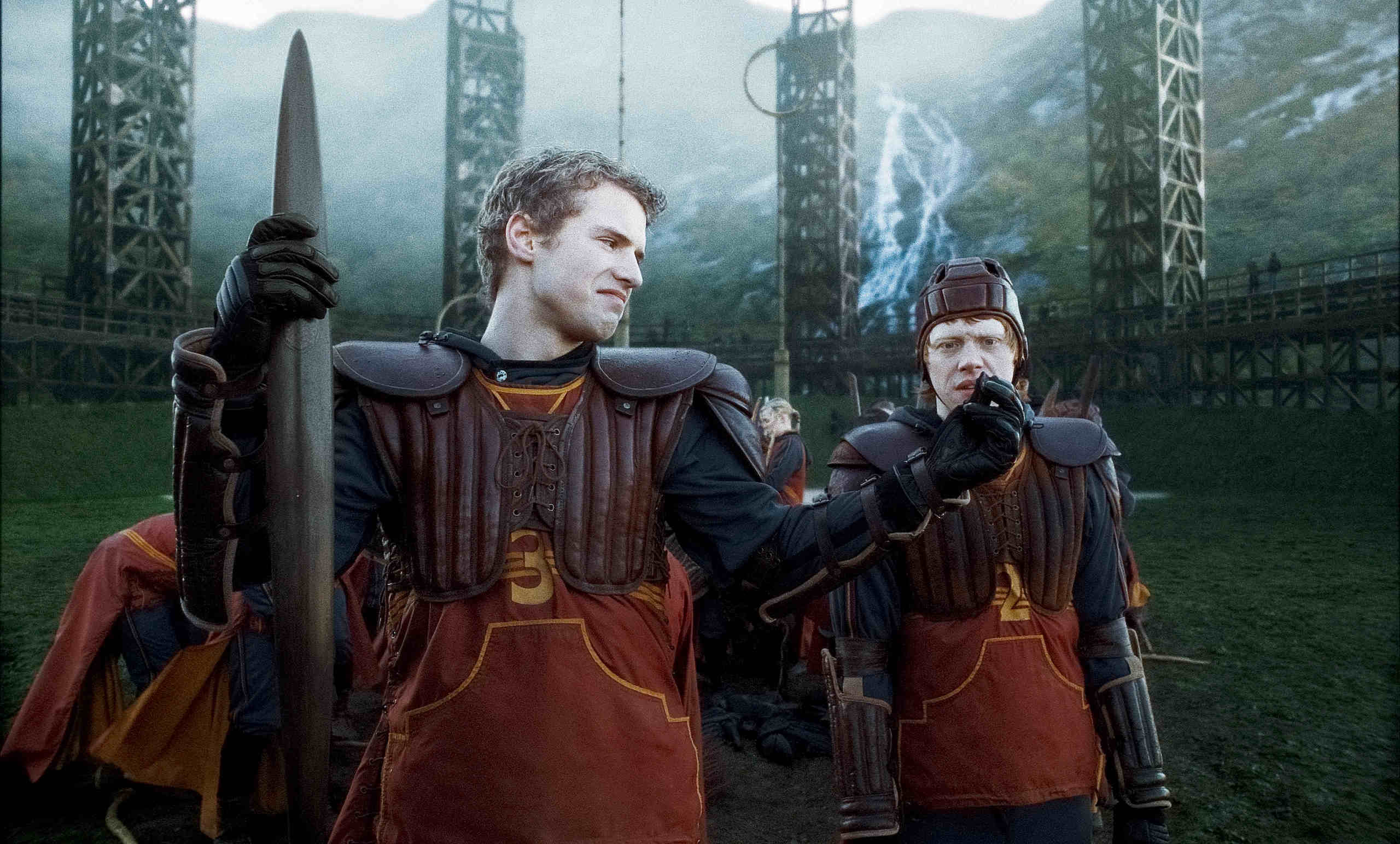 There’s even a scene where Hermione tells Harry that she is taking McLaggen to Professor Slughorn’s party to make Ron jealous. Might as well have put her in a cheerleader outfit because Hermione is playing the classic teen romance move. It wasn’t necessary.

Maybe it would have been better if McLaggen had been more likable, but from the beginning I hated him. He’s nothing more than the magic version of Jake Wyler in Not Another Teen Movie (2001), which is exactly what I said when I rewatched this film.

Is the Awkward Teacher Trope a Thing?

I feel like I may be reaching on this one, but is the awkward teacher trope a thing in teen movies? I seem to remember a few awkward teachers in The Princess Diaries (2001). Even if it’s not exactly a trope, it doesn’t seem out of place in a teen movie either. Harry Potter is full of awkward teachers.

For example, Professor Slughorn is a strange man who holds dinner parties for his favorite students, which is weird in itself. Professor Snape murders Dumbledore (spoiler alert), you know, as teachers do. And Dumbledore recruits a student to go on a life-threatening journey with him. You know, just those normal things everyone does with their teachers at some point. 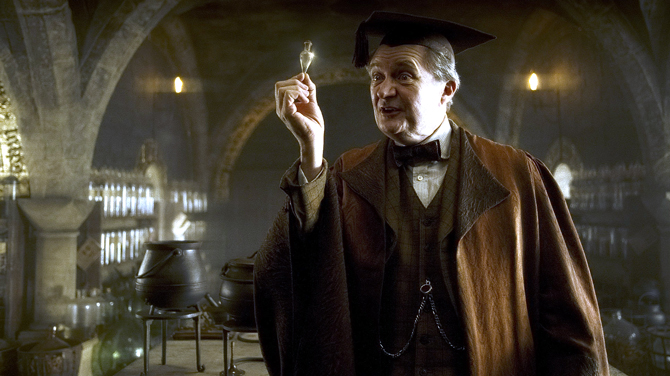 Just in general, though, the teachers are just awkward. Their dialogue is oddly-paced in casual conversation. You can never quite explain their actions sometimes. To be honest, we’ve probably all had teachers like this, but adding magic to the equation just makes it all weirder.

What Weirds Me Out the Most

There’s a part in Half-Blood Prince (and also in Goblet of Fire, and I’m sure in a few other Harry Potter movies) that really feels strange to me. It’s after Ron has helped Gryffindor win the quidditch match against Slytherin and all the Gryffindors are celebrating in the common room. In the background, there’s upbeat modern rock music playing. 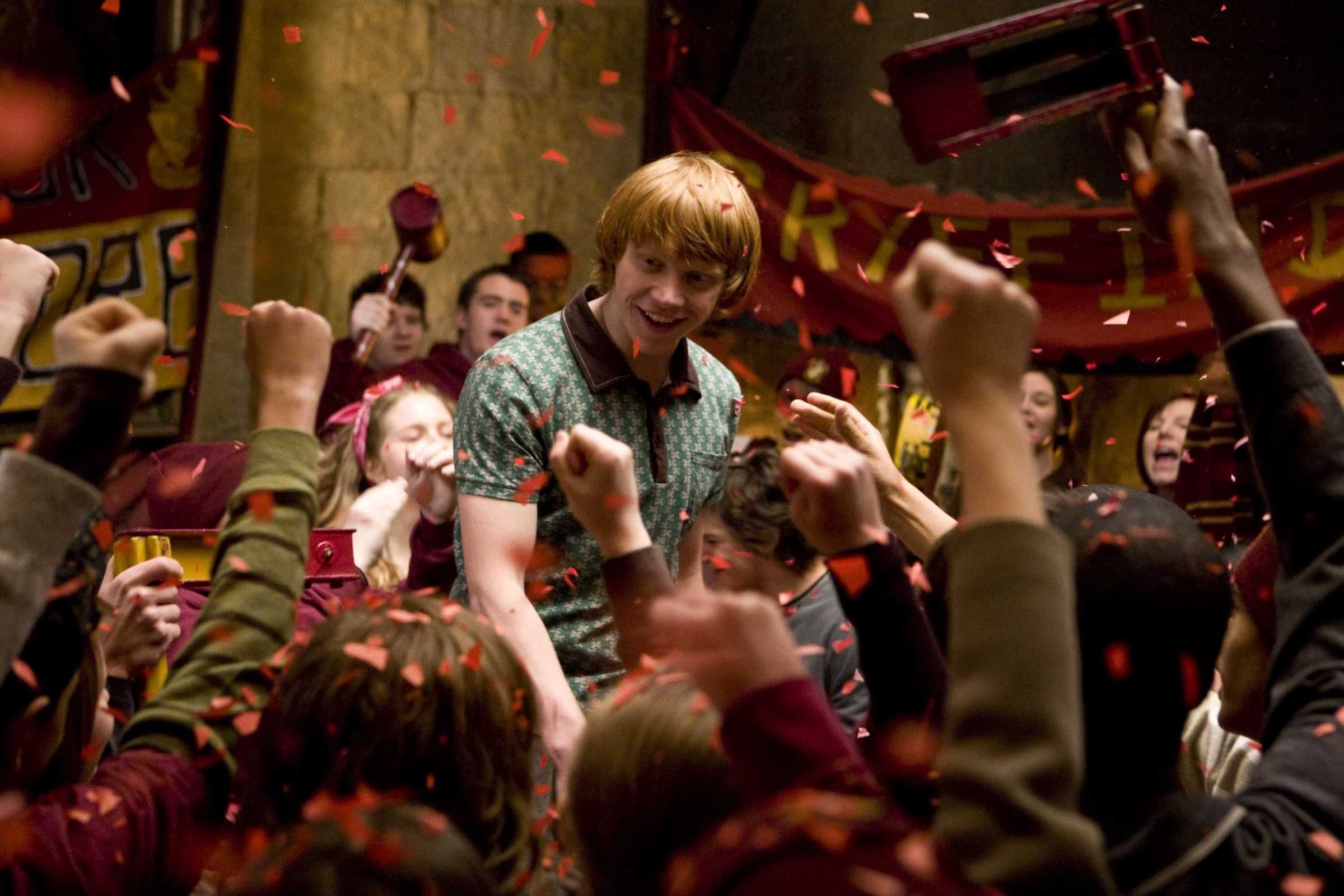 I guess I shouldn’t expect teenage wizards and witches to listen to 5th century chants and classical music, but it’s just really disconcerting to me and only reinforces the teen comedy aspect of Half-Blood Prince. It’s like after the football team has won the big game and everyone is out celebrating to some bouncy pop tune.

Of course, right after this is the scene where Hermione runs off crying because Ron just started snogging the annoying girl in the middle of everyone. That could be part of why this scene weirds me out.

When Harry Potter Gives You Comedy…

Honestly though, I won’t say that I hated the teen comedy aspect of Harry Potter. It made what was a unbearably boring movie into something that has at least some rewatch value. Compared to other Harry Potter films, Half-Blood Prince has much less action. The only halfway exciting part is near the end and even then I find myself yawning.

Putting in a joke here or there, throwing in some romance and jealousy, and adding just a bit of tomfoolery made Half-Blood Prince something I could stomach. I’ll admit it — Harry Potter films are actually okay at comedy. Nothing that I’ll like laugh-out-loud, belly laugh at but it’s something that at least puts a smile on my face.

Sure, it was frustrating to have the whole jealousy arc between Ron and Hermione. And it’s always a struggle to watch Harry awkwardly try to flirt with or even talk to a girl he likes. But the little innuendos and jokes that come along with teen comedies made Half-Blood Prince more enjoyable than it would have been. If there wasn’t that aspect, it’d basically be Harry and Ron brooding and Hermione yelling at the boys for every little thing they do. So, basically like every other Harry Potter film but with less action. 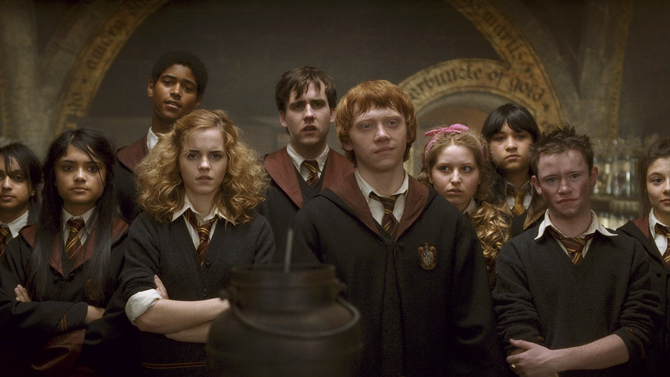 Thank you for reading! What are your thoughts on Harry Potter and the Half-Blood Prince? Comment down below!

Yes!! The music they listen to always pulls me right out of the story. I’m not sure why.

I think it’s because the rest of the film has a bouncy, magical score and then all of a sudden we have this punk rock music that just doesn’t seem to fit. It’s really weird and I’m glad I’m not the only person who thought this!

Oh my goodness, I love this so much. Yes, this is easily the weakest installment in the Harry Potter movies and every point you made is spot on. Particularly the “weird scene.” I know! Doesn’t it seem a bit off putting hearing the rock music in the background? Yeah, this is modern age and yeah they probably, as teenagers, wouldn’t want to listen to creepy opera but geez, it just seems…off.

Right??? It shouldn’t, but it always makes everything seem a little less magical for me