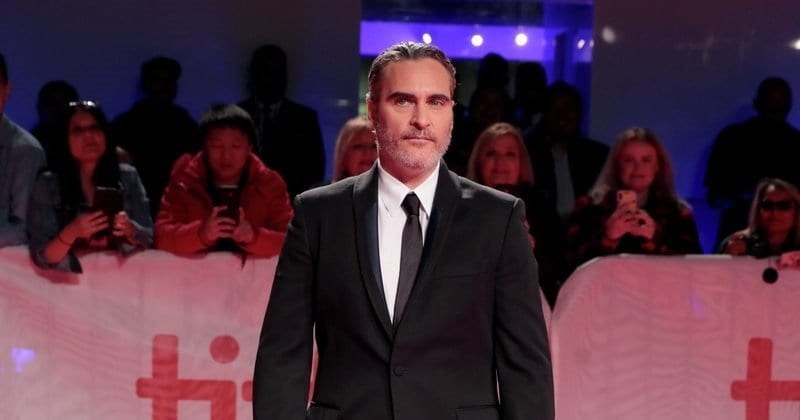 I haven’t seen such on-the-nose casting since Anthony Hopkins in basically every one of his creepy roles after The Silence of the Lambs (1991). Joaquin Phoenix is already kind of a creepy dude (at least in film) so I’m surprised that this idea didn’t occur to anyone sooner. The man was hiding in plain sight.

I mean, look at the similarities: quirky, a bit offsetting, disheveled appearance, never really know what’s going through their mind, etc. Basically, Joaquin Phoenix is the Joker in real life and we all just let him get away with it every day.

Let me lay out a few of his more famous roles for you to better make this connection.

Let’s just start with the premise: a dude falls in love with his phone because he’s super lonely. I think that already hits a few of the crazy points when we compare him to the Joker. But I’ll specifically list them out just so we have a running tally to look back on later.

Both men have weird sexual fantasies that should probably never see the light of day. With the Joker, it’s more of an implied thing with posters telling the story while Theodore has more explicit sexual encounters that are just awkward for everyone. Basically, both men are pretty frustrated.

Joaquin Phoenix plays Commodus in this period drama starring Russell Crowe as the gladiator Maximus. Phoenix’s character is an extremely corrupt character who murdered Maximus’s family. Already, we have quite the similarity to the Joker. But let’s dig a bit deeper, shall we?

Commodus does what he does because he deals with rejection. His own father passed him up to be emperor and gave that title to Maximus, a good friend. That rejection causes him to be so angry that he murders and humiliates to try to rectify the wrongs done to him.

Obviously, this is pretty similar to the Joker, who ends up committing mass murder because of all the wrongs done to him throughout his life. Affected by a variety of mental disorders, he has been on the butt end of jokes and on the receiving end of much discrimination and pain. His lashing out at society through violence is only him doing what Commodus does — rectifying the wrongs done to him.

In Signs, Joaquin Phoenix plays a character, Merrill, who aspired to be a professional baseball player but never could make it. He stars alongside Mel Gibson, who plays the main character who doesn’t believe in no aliens. He also tells weird stories about kissing girls and almost being thrown up on. And then relates it to aliens and religion. Overall, kind of a reject of society who is just a little…off.

I don’t really need to draw too many connections to show that the Joker and Merrill are similar. Both characters were rejected from society, or at least from something they really want to be a part of. And both are just kind of…off as people. They’re not exactly the most normal of people.

Of course, there are major differences between these characters too. Merrill believes in miracles and it is implied he believes in a divine being. It’s pretty hard to imagine the Joker — a man bent on destroying society through violent means — being a spiritual or religious man. In fact, he’s pretty much the symbol for internet atheists. After all, we live in a society.

I always forget Joaquin Phoenix is in this film because it’s so innocent and Phoenix is a scary dude. In Brother Bear, Joaquin Phoenix plays the main character Kenai, who was once a man but is changed to a bear after killing a bear that killed his brother (lots of violence in just like the first ten minutes).

Yet, this innocent Disney character is the most like Joker than any other character that Phoenix has done for one reason: he is a murderer. Of course, it was murder in retaliation/anger and for good reason, but could we not argue that the Joker also killed out of retaliation/anger and for good reason? Society knocked the Joker down and he simply took a swipe back at it. A bear killed Kenai’s brother so he killed the bear. An eye for an eye right?

You think I’m reaching with this one? Look harder. The Joker also feels ostracized by society (a common theme among his characters). Kenai is ostracized by society as he is a bear and must conform to a different kind of society. The Joker learns to conform to the murderous, outcast society that he basically creates. And both characters have a strong element of self-loathing.

You could literally substitute the Joker for the character of Lucius Hunt in The Village and nothing would change. You’d just have to deal with the strange makeup decision for a primitive Amish town. And the fact that the Joker is slightly more murderous than Lucius Hunt. But they’re pretty much the same person.

Joaquin Phoenix plays Hunt — a young man who wishes to travel into the surrounding forest of the strict Amish town to fetch some medicine. The only problem is that the forest is full of frightening creatures, which do not seem to scare Lucius Hunt because he is already a frightening creature. Seriously, the dude barely speaks and then he just appears in front of the village elders like, “Hey, there’s monsters in the forest. Let me go walk around with them.” If this were a good Amish village, they would have burnt him at the stake immediately. But I digress.

Once again, Phoenix plays a quiet outcast whom the rest of society does not seem to understand or love. Speaking of which, he sucks at love too. When a pretty girl came up to him and literally asked him to marry her, he said no. He would rather hang out with the blind girl who says she senses color around him, because that makes sense. Both Lucius Hunt and the Joker are just pretty weird dudes and would probably get along great.

Thank you for reading! What are your thoughts on Joaquin Phoenix? Comment down below!

I haven’t seen “ The Joker“ Yet but when I do, I’m going to be comparing his performance… Great post!

Thanks for reading! Definitely something to look for when you see Joker!