‘Fresh’ Is a Disgusting Meal That Makes You Hungry for More

Brace yourself, dear viewer, for this Hulu released feature film is something of an acquired taste... 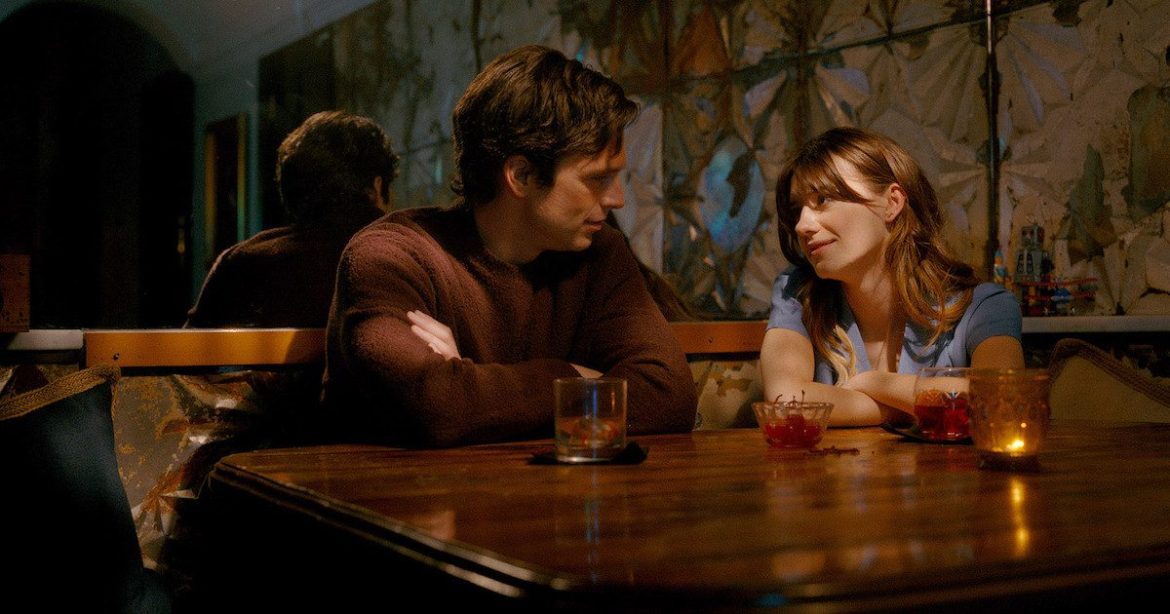 Noa (Daisy Edgar-Jones) is trapped in the mundane loop of online dating. Any modern woman knows the procedure, the hours that are wasted on a guy who misrepresents himself and the occasional creep. The inane conversations that go nowhere, the awkward silences. The occasional perverted comment, even the occasional dick pic.

In the film’s opening, Noa dates your typical nice guy, someone who feigns progressive politics in conversation, while in actuality is a closeted misogynist — a side that comes bursting out the moment he’s rejected.

Noa wants to give up on men, and as she entails to her close friend, Mollie (Jonica T. Gibbs), she’s used to being alone. On a random visit to the grocery store, she’s approached by a charming man, Steve (Sebastian Stan), who soon asks for her number. On their first date, Steve seems to be the perfect man; charming, handsome, funny, not to mention making big bucks as a plastic surgeon. Their first date is enhanced by the continuous consumption of cherry-fueled cocktails. They rant about the horrors of the modern dating world. Noa eventually makes the first move and brings him to her apartment.

Mollie is happy for Noa, though initially suspicious, especially since Steve has zero social media presence (“a red flag” according to Mollie). Steve proposes for them to take a trip. Normally, the cautious Noa wouldn’t join someone she barely knows on a trip like this, but she simply can’t resist Steve’s enchanting personality. Everything feels just right. But once they arrive at Steve’s opulent remote house, she becomes acquainted with a very different side of Steve…

It’s also then that Fresh shows its true colors — and it’s also the moment the opening credits start rolling, after a solid 30 minutes of runtime.

Initially starting as a romantic comedy, or perhaps a dramedy about a woman finding love in the modern world, Fresh soon becomes something much more sinister (not to mention fun). Unfortunately, I feel it’s my duty not to spoil too much. While the trailer does hint at some of the subject matter, I was still quite surprised by the end result. This is a film you must go in blind to, so I’ll try to keep any plot details at a minimum.

Needless to say, the film isn’t afraid to go to some dark places. It’s also not a film to recommend to those suffering from misophonia. Its most disturbing moments are the close-ups of people eating. The loud chewing noises become barbarous reminders of humanity at its most gluttonous and revolting. To understand why, means spoiling the film.

It’s a film that delves into the macabre act of eating meat. Any vegan who will watch this film will only find themselves more motivated in their moral plight.

The film is a genre mix between thriller, dark comedy, and horror. If you’re a fan of any three genres, this film is a definite must-see. It’s most successful in the darkly comedic moments, as it finds humor in some of the darkest moments, though never forgetting the essential human moments.

The horrors of the situation some of the characters find themselves in are never forgotten. The occasional jokes the characters make in the face of sheer terror, feel relatable. The kind of jokes that people make when everything seems lost, and all they can think to do then, is laugh about their hopeless situation.

This is also due to the fantastic lead performance by Daisy Edgar-Jones. Her realization of her horrifying predicament is hard to watch. She makes for a great thriller heroine. Likable, yet vulnerable in all the right places. You understand if she just wants to give up, yet you don’t want her to. Whether she does, well… that’s something you need to see for yourself.

Her performance is perfectly countered by Sebastian Stan, who morphs his superficial charm into something that could scare Patrick Bateman — and just like Patrick Bateman, Steve has a penchant for eighties pop music and dorky white-guy dancing. Unlike a lot of other films, where its sociopathic character lacks the necessary charm to captivate others or is written in an overly cartoonish manner, you find yourself completely enamored with his endearing personality. Once the switch of his personality comes, it hits you hard.

Props also will have to be given to Jonica T. Gibbs, who’s irresistibly likable as Noa’s loyal friend, Mollie. Her pursuit for her friend’s well-being could have easily been a cheap ploy for suspense, but her character receives just enough development to make her a fully realized character.

Fresh is also lush for the eyes, not only because of its two attractive leads. Pawel Pogorzelski enhances another genre picture with his immaculate photographic skills — he’s also worked with Ari Aster on Hereditary and Midsommar. The film’s more colorful tone makes the visual less psychologically impactful — the darkness and bright sunshine in Ari Aster’s film making you feel uncomfortable — though it’s nonetheless effective.

Director Mimi Cave also has inspired camera choices, with effective usages of POV shots, close-ups, and mirror imagery — also an easy yet effective tool to establish someone’s duality. It’s a gruesome film, yet it never feels excessive. The film is tasteful even in its tasteless subject matter. As a first-time director, this film is remarkably confident. Cave is definitely a filmmaker to watch out for.

Fresh does have a rather sloppy climax. While it does feature some fun genre moments, including some satisfactory bloodletting, it does feel strangely rushed. It also has a few too many repetitive beats, examples of which I can’t spoil here for obvious reasons.

It doesn’t ruin the overall film, yet the film seems to hint at deeper themes, that the ending seems to reject in favor of something more “digestible” for mainstream audiences.

Nonetheless, Fresh is one of the big surprises of the year. A true winner for Hulu’s recently more experimental and daring streaming options.

Thank you for reading! What are your thoughts on Fresh? Comment down below!