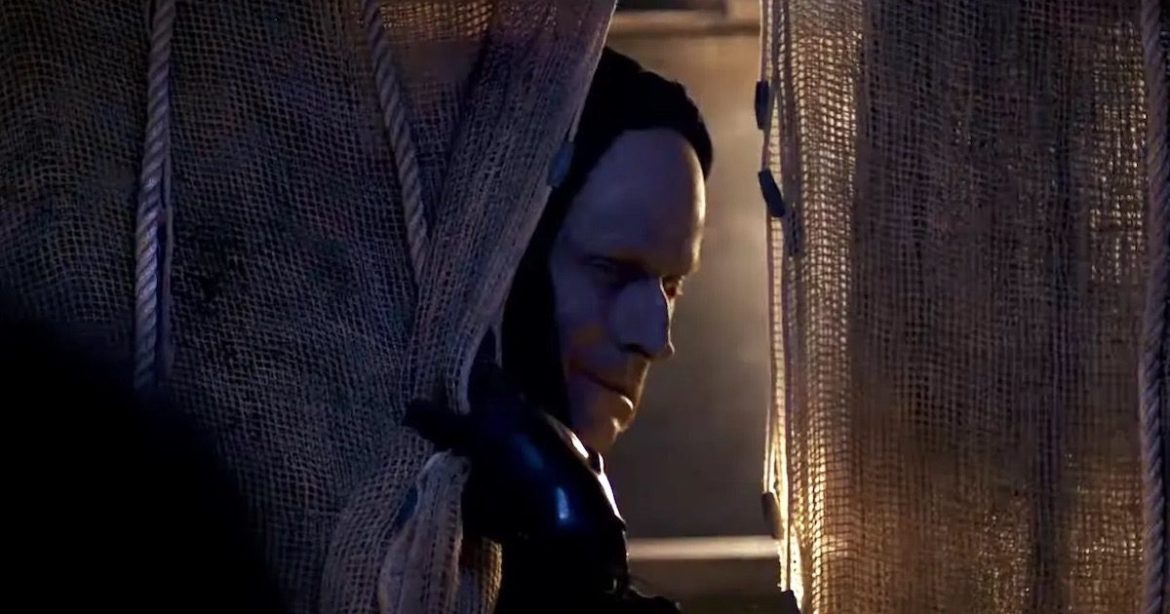 Bret Easton Ellis was just twenty-one years old when he published his first novel: Less Than Zero. Success followed, and with the publication of the highly controversial third novel, American Psycho, came fame. As an aspiring writer myself, it’s hard not to be envious.

But to be fair, his novels do follow certain tropes, which for me anyhow, eventually became quite tedious. It’s a damning telling of the upper class, portraying lives where deviancy has lost all significance. This is the world of Marquis de Sade’s darkest dreams. There’s no character arc in any of his novels. The characters in his books are closer to ghosts than human beings. They go through the motions, there’s a cyclical nature to their existences. In the end, there’s no moral. They are still as hollow as they were in the beginning. Perhaps there’s a transient moment of catharsis, but those moments are soon forgotten. Like Patrick Bateman, the titular American Psycho, so hauntingly states, ”there’s no catharsis, my punishment continues to elude me, and I gain no deeper knowledge of myself… This confession has meant nothing.”

This is why I still consider Less Than Zero to be my favorite of his work, even if the prose is lacking in comparison to his later novels. I mean, it’s no wonder, the guy was still in his early twenties for god’s sake. But at least the main character in Less Than Zero, Clay, still had some humanity at the beginning of the novel. There’s the sense he’s trying to keep his soul intact as he ventures into the hedonistic cesspool of L.A. One moment that always stuck with me is the sequence in which Clay cries in front of his uncaring psychiatrist. Unfortunately, in its sequel, Imperial Bedrooms, Clay’s humanity has evaporated; he’s become just another ghost. It’s a problem I have with a lot of Ellis’ later work: it just lacks heart, it’s just another meandering, cynical diatribe.

His cinematic adaptations are certainly a mixed bunch. American Psycho, mostly due to Mary Harron’s excellent direction and the pitch-perfect casting of Christian Bale is probably still the best one. The 1987 adaptation of Less Than Zero is entertaining as a piece of Reaganite eighties cheese, but as Ellis pointed out, it bears no almost no resemblance to the source material. The 2002 adaptation of his novel, The Rules of Attraction, has merit, though Roger Avary’s directing style can be overbearing at times. In 2008, there was an adaptation of Ellis’ short story collection, The Informers, but that one hasn’t been well received, to say the least.

Apart from his adaptations, there was also the strange occurrence of his original screenplay, The Canyons, which was filmed by none other than Paul Schrader in 2013, starring Lindsay Lohan and adult film star James Deen. This absolutely bizarre film was a huge bomb and was destroyed critically, but I have a feeling it’s going to amass a cult following in the future.

And now we have Smiley Face Killers, another original screenplay by Brett Easton Ellis. A horror film based partly on Smiley Face Murder theory that co-stars Crispin Glover. The combination of Ellis and Glover made this a must-see for me, even though their names are certainly no indicator of high art.

But whether it’s any good or not, it was certainly going to be something interesting… Or not.

Jake Graham (Ronen Rubinstein) is a young college student with a history of manic depression. Despite the protestations of his girlfriend, Keren (Mia Serafino), he stopped taking his medication and is focused on calming his mind with rigorous physical exercise.

Unfortunately for Jake, a mysterious van, filled with hooded figures are following him around. They have targeted him for something gruesome, something that has to do with a string of suspicious deaths all linked with sinister Smiley Graffiti.

Whether the filmmakers should have used this as a basis for a horror movie is up for debate. But let’s be fair, filmmakers have done this countless times. Countless horror films are based (or more or less “inspired”) on true-crime stories. It’s often enough a point of marketing for these films. Apart from referencing the real-life cases, Smiley Face Killers is completely fictional.

If you’re hoping the film’s leading man, Ronen Rubinstein, will get naked, you’re in luck. He stops short of going full-frontal, but there are a lot of shirtless shots, scenes of him working out, swimming, showering, etc.

To be fair, there is mention of how his character, Jake Graham, centers his mind through physical activities, such as swimming. It makes sense that some screen time is devoted to his fitness routines. But the length of how the camera lingers on his physical features — especially his rear end — is quite excessive.

Now, as an avid fan of exploitation cinema, I’m certainly not going to complain about how its male lead is objectified. But it wouldn’t bother so much if the male lead actually had some charisma to go along with it. Ronen Rubinstein, for all his muscles and dreamy eyes, has no onscreen charisma to speak off. He’s truly one of the blandest actors I’ve seen in a while. Eventually, it becomes quite funny when so many supporting characters keep mentioning how ‘stressed’ Rubinstein’s character is. It almost seems like they had to point that out to the audience, since Rubinstein seems bereft of any genuine fascial expression.

There’s mention his character is suffering from depression, or at least has a history with mental illness, but there’s no indication of this with Rubinstein’s performance. There’s no sense of inner turmoil.

On paper, the character has some potential. An outsider, with a history of depression, who struggles alongside his more mentally stable peers and whose appropriate paranoia is misconstrued as a figment of his psychological impairment, makes for an interesting protagonist. Granted, this information is delivered via some lazy exposition (come on Brett, you can do better), but Rubinstein fails to bring any sort of life to the character.

Perhaps the problem lies with its directing. Who knows, maybe Ruben is destined to win an Oscar one day. But I have a sneaking suspicion the filmmakers were just enthralled by Rubinstein’s physique, and hoped it would salvage an otherwise bland product.

I’m not sure if this was a passion project of Ellis or just something he wrote in a weekend just to get paid. The story itself has potential for a decent slasher, and with a literary figure like Bret Easton Ellis, this movie could have stood out among the countless slashers released every year.

But looking at the script, there’s nothing that makes this remotely special. In fact, besides its poor leading man, its second biggest issue is the script, especially when it comes to the dialogue. Dialogue between vacant teenagers is usually Bret Easton Ellis’ forte, but it only works if there’s a satirical or tragic undercurrent. In Smiley Face Killers, the forced banter between the twenty-some college kids can be downright cringeworthy.

All the characters are bland; you don’t care about any of them, a common problem with slashers. There’s some decent gore, but as with many slashers out there, it can’t save the film from being entirely forgettable.

So What About Crispin Glover?

Crispin Glover’s presence hovers throughout the film, but he only shows his face in full demented glory after more than 50 minutes have passed. Granted, it does get more entertaining then — and it certainly beats watching Ronen Rubinstein trying to “act”.

But unfortunately, he isn’t on screen much, and though he is probably the most memorable aspect of this film — as he often is — it’s not worth your 90 minutes.

Smiley Face Killers only gets going in the final act. Admittedly, there are a few brief instances of genuine suspense and some surprisingly effective gore. But it doesn’t last long, and the finale is predictably nihilistic.

There some things to admire on the filmmaking front. The soundtrack is pulsated by a dreamlike synth beat. It genuinely looks good, there’s decent cinematography. The final act genuinely has some gory thrills, but it’s just not enough to recommend this movie. Also, as a warning, if you’re squeamish about seeing animals die in a movie, avoid the opening, as it depicts the brutal slaughtering of a goat. The aftermath features even more poor animals.

If you want to see this for Crispin Glover, just watch his few scenes on YouTube. Only watch this as a Brett Easton Ellis completist. But to be fair, if his name wasn’t attached to it, it would just seem like a third-rate slasher movie.

Simply put, a film with Crispin Glover stalking someone shouldn’t be this dull.

Thanks for reading, and listening! What are your thoughts on Smiley Face Killers? Comment down below!