My Explorations of Tubi TV: Part 2 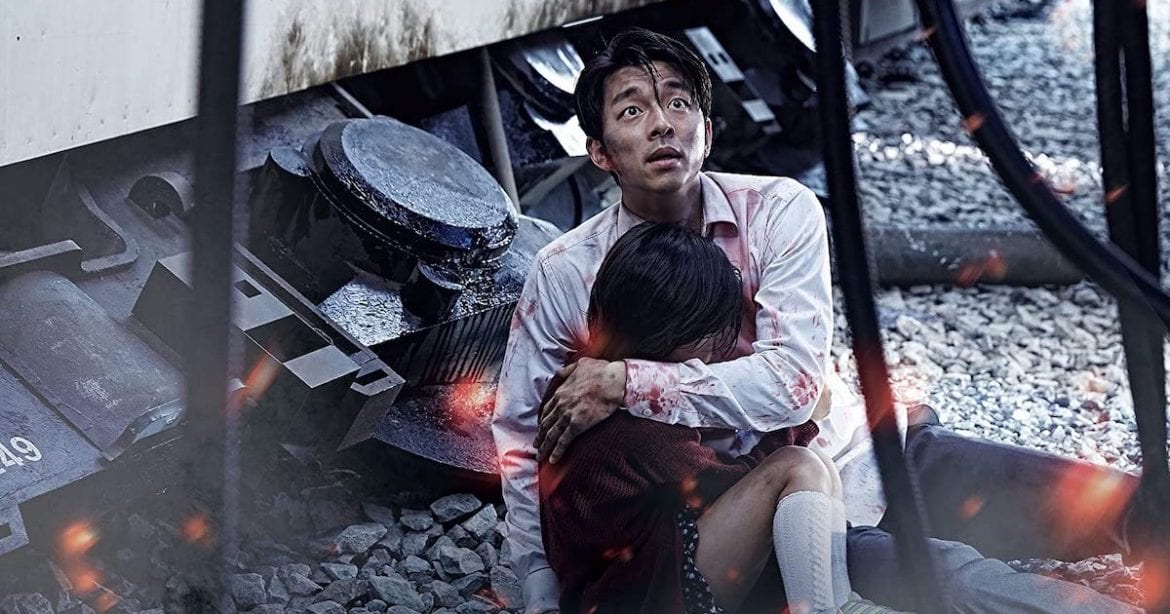 Today’s selection is very international: from Belgium to Japan! Let’s see what gems I have discovered this time on Tubi TV.

I kept postponing a watch of this one because although I am a horror fan, I am not so much into zombie movies. But last weekend, I had a gut feeling that I was making a terrible mistake. And I am so happy that I rectified the situation! If you really like horror, this is definitely a must-see. I would even say that Train to Busan is one of the best movies I have seen so far this year. I couldn’t give it a perfect score on Letterboxd, because the movie was a bit too long. Call me weird, but for me, a good horror movie is 90-100 minutes long, whereas Train to Busan takes almost 2 hours.

But that is really the only complaint that I have! The strength of the movie lies in its solid screenplay. Don’t expect too many scare jumps. Actually, Train to Busan proves that a good horror movie doesn’t need to have many of them. In my eyes, scare jumps are overused in the horror genre. Train to Busan is thus quite refreshing.

As soon as the two main characters — a divorced manager and his daughter — board the infamous train, the movie introduces us to various other passengers. And it’s these parallel storylines that make the movie so interesting. Because who will make it, and who won’t? As soon as the train with our main characters leaves for Busan, mayhem has started all over the country. A mysterious virus has broken out, turning people into zombies. Unfortunately, one of them manages to get on board the train. And very soon, everybody is involved in a fight between life and death. But most importantly: will the train get to Busan, where the military has the situation under control? Watch and find out!

Everything else nears perfection. Finally… a horror movie with some excellent acting! It helps you to sympathize with the characters — or not in some cases. And yes, there is blood and violence and gore and some very intense moments. The make-up effects are stunning. I had to pinch my arm several times and tell myself that this is only a movie… It’s no wonder that Train to Busan had its premiere at Cannes.

So, what is this South Korean horror movie about? As soon as the train with our main characters leaves for Busan, mayhem has started all over the country. A mysterious virus has broken out, turning people into zombies. Unfortunately, one of them manages to get on board the train. And very soon, everybody is involved in a fight between life and death. But most importantly: will the train get to Busan, where the military has the situation under control? Watch and find out!

Although I live in Spain, in my heart I will always be Belgian. And a very proud one… So, imagine my incredible joy (!) when I discovered that some Belgian movies are available on Tubi TV. Like this one: Ben X. This movie is based on true events. In the city of Ghent, a teenager killed himself, because he couldn’t deal with his Asperger’s syndrome and the bullying that it caused.

For Ben, life is certainly not easy either. He, too, suffers from the same disorder and is bullied mercilessly at school. He only finds solace in the online game he plays every day (Archlord, which is a real game, by the way). In this fantasy world, he is not a victim, but a hero. And it’s the only place where he finds a true friend. But things get really out of hand one day when his bullies humiliate Ben in the cruelest way possible.

Director Nic Balthazar was so touched by the events on which the movie is based that he made Ben X. The movie certainly raises awareness for a disorder for which there is no cure. And a disorder that is so misunderstood. I wouldn’t call this a masterpiece and that is mainly because of the ending that didn’t make much sense to me. But if you decide to watch Ben X, let me know in the comments what you think about it.

One last remark: Ben X was Belgium’s selection for the Academy Award in the Foreign Film category. Unfortunately, it didn’t get nominated.

I am going to be honest: I had a lot of fun with this one!

Death Tube features a young man, who has become addicted to Death Tube, a website that broadcasts live murders. He is convinced that it’s not real, but the twist is that the game recruits its players from its viewers. Soon our main character finds himself in the killing game with other stupefied participants. It doesn’t take long before the first victim dies and moreover, there can be only one winner!

Horror fanatics compare this Japanese movie with the Saw franchise. I wouldn’t go that far though, because there is less gore involved. It’s also funnier because instead of an ugly puppet, Death Tube features a mean teddybear called Ponkichi. Sure, it’s not original, and it’s clearly low-budget, but that doesn’t take away the pleasure of watching this. Too bad that the movie is a tad too long.

By the way, the same director also made a sequel, which has a more serious undertone. On the other hand, after a nearly similar beginning, the movie has a nice twist. And it’s still better than Saw VIII, which I watched on Amazon Prime as well this week…

This is the “fun” part of this post: try to watch this to the end. And let me know in the comments if you can conquer the challenge!

When you watch a movie on Tubi TV, it recommends other movies, as Netflix and Amazon Prime do. One of them was Hair Extension and because I was intrigued by the title, I decided to watch it. And that was something I regretted very quickly…

On paper, this must have looked really interesting. Hair extensions that attack the women who wear them. A mafia that scalps women to collect their hair for these extensions. And then there is our favorite Japanese horror ingredient: girls with pale faces and long black straight hair as ghosts. Seriously, can the Japanese stop with this? It worked really well in Ringu, but now it makes me yawn. A little bit of originality, please!

Hair Extension is so bad that it’s not funny after some time. The screenplay sucks, the soundtrack is weird, and the acting is awful. Honestly, there are actors and actresses who have received Razzies who can do a far better job. And although the movie barely lasts 70 minutes, I couldn’t finish it.

[…] And as you can see, I have finally seen Train to Busan! Check out what else I have discovered here. […]

[…] I heard this mentioned by someone before on Quora I couldn’t tell you how long ago, then I was working on updates for this post and it came up. Now I remember, I was looking for the movie Nightbreed (based on a book by Clive Barker) from the 80s or 90s. So the movie was on here, and I was looking around for prices and didn’t find any so I just clicked on play and there ya go. PRICE: FREEEEEE!!!!!!!! How many Movies and Shows and if there is originals.. I haven’t gotten that far Into researching it. Being as its free I’m guessing its older movies etc that may no longer have licensing agreements and such. I can telel you when you go to their menu  though they do have a LEAVING SOON section for that (so bonus points for helping us with that) As of February 23… They have Killer Klowns from Outer Space.. so watch this before it leaves, a few other movies I’ve seen in that lot.. Officer Down (sorry but I love Stephen Dorff) also the Wraith,Hackers  and many others of my Guilty pleasures and just re-watachable movies. Explorations of tubi tv part-2 […]