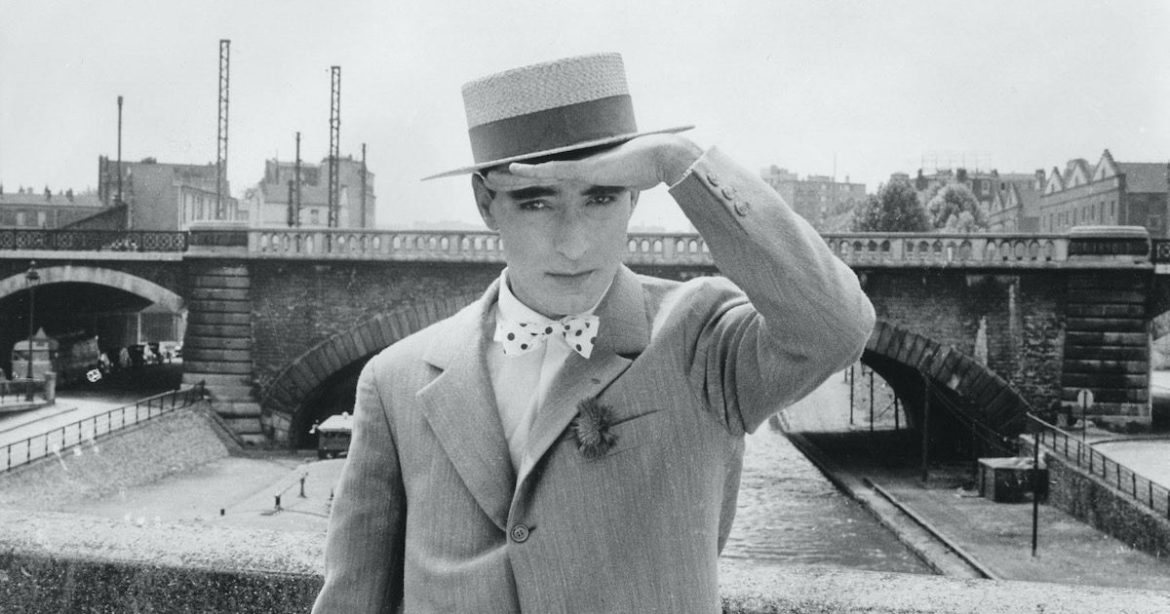 The Sixties were a flashpoint of political change for much of the world. And while Agnes Varda’s features would not enter the realm of outright documentary for nearly a decade, she was intent on capturing these shifts in culture through her smaller works. Today, we look at two such documents. Both focus on communists, some of them young, some of them old. And while aspects of the shorts have not dated the best, they still manage to offer essential portraits of times and places in history. Also, a bonus: Varda’s masterpiece Cleo from 5 to 7 happened to feature a short film, one which I did not mention in my initial review. We will look at that as well. Let us begin.

Les Fiancés du pont MacDonald (The Fiancés of The Bridge MacDonald) is a 1962 narrative short written and directed by Agnès Varda, and stars Jean-Luc Godard as a man who shouldn’t believe everything he sees. When he bids his lover adieu, he puts on his sunglasses, and proceeds to misinterpret what happens to her thanks to his darkened perspective, leading to physical comedy.

About two-thirds of the way through Cleo from 5 to 7, Cleo briefly visits a projectionist, and watches a short film from the projectionist room; the audience is then presented the short film that Cleo is watching. It serves as a break from the dark mood of the feature, and when it ends and we return to Cleo, her reaction adds further insight into her state of mind.

However, standing on its own, Les Fiancés du pont MacDonald feels sleight. That’s not to say it’s bad; the short is well-made, easily understood, and uses physical comedy in an interesting way. I guess there are simply some small things that put me off. The most obvious of these is that when Godard puts on his sunglasses, his partner turns Black. Thankfully, it’s an actual Black person and not a White actor in Blackface, but still, the effect is an awkward one, as the implication is that everything becomes “worse” when the glasses are on. On top of that, some of the stares characters make are frankly just creepy.

Ultimately, what does work about this short is the intention behind it. Varda wasn’t a fan of the way her friend hid his eyes all the time behind those iconic black sunglasses, nor was she a fan of his cynicism. Les Fiancés du pont MacDonald is the perfect call-out film; not only does she get to immortalize images of Godard without his glasses, she gets him to admit on-camera that his whole façade is stupid. Clever girl.

I give Les Fiancés du pont MacDonald 2 mysterious hoses out of 11 pairs of sunglasses.

Salut les Cubains (Salute the Cubans) is a 1964 documentary short film photographed and directed by Agnès Varda. The short chronicles Varda’s journey in Cuba; multiple narrators introduce the audience to figureheads, social programs, and cultures flourishing as a result of the recent communist revolution. The short predominantly uses still photographs instead of moving film.

Caught Up in A Moment

Wow. What a thing.

First of all, Salut les Cubains looks like no other Varda film. Outside of the opening credits, Varda goes the route of La Jetée, which came out just a year before she shot this, and uses only still photographs edited together to imitate motion. It’s a beautiful, and not arbitrary, effect. By employing this technique, Varda makes this portrait of a culture during a very specific moment feel frozen in time. Simultaneously, the images themselves are incredibly dynamic, conveying a real sense of life; there is one scene in particular featuring Benny Moré that practically breathes (and dances).

As a political statement, however, the film is definitely dated. Varda later admitted that she was taken by the romantic notions of Fidel Castro and his peers; the film corroborates that assessment. Several portions of the runtime are dedicated to highlighting the greatness of the revolutionaries, and there is much emphasis placed on the various social programs that had just been instituted. And while yes, it is all a very pretty picture (no pun intended) that resembles a far-left politician’s dream, Varda fails to address the continuing signs of colonialism/exploitation, as well as the concentrated power structure, one which would eventually lead to a dictatorship.

And yet, I still have a blast with Salut les Cubains. There is so much love in this film, and so much hope. The way Varda gives the viewers peeks into the various intertwining cultures, specifically their dances and their music, is such a joy to experience. The film is naïve, of course, but it serves as a snapshot of the idealism that was so refreshing in that day and age, an idealism that I wish we could have today.

I give Salut les Cubains 23 wings of stone out of 25 cigars.

Elsa la rose (Elsa the Rose) is a 1966 documentary short film directed by Agnès Varda. The short serves as a portrait of the somewhat famous writers Louis Aragon and Elsa Triolet, a couple now in their older age. Throughout the piece, Varda visually recreates some of Louis’ love poems for Elsa; Michel Piccoli narrates the poems. The couple also tells the story of how they met, as well as how their writing careers evolved over time.

Elsa la rose was born out of a different idea; initially, Varda was going to direct a short only about Aragon telling the story of his wife. The story of Aragon himself was to be told through Triolet’s eyes as directed by Varda’s husband, Jaques Demy. But Demy eventually dropped out of the project, leaving Varda to intertwine the narratives. What results, I’m disappointed to say, is Varda’s most conventional film.

Now, there is still definitely much merit to Elsa la rose. For instance, Varda intertwines poetry and narration here better than in any of her other projects. Piccoli, who was also starring in Varda’s Les Créatures the same year, reads the poems as quickly and as breathlessly as possible. It’s particularly interesting that it works, seeing as my biggest issue with Ô saisons, ô châteaux was precisely that the poetry was too exhausting. But where that film ultimately numbs you, here the effect is one of zeal; Aragon’s poetry leaps over the images of his wife as if to say, “I cannot hold back my admiration at all.”

However, outside the poetry, there’s frankly not a whole lot to speak to. The narratives of Aragon and Triolet’s lives and careers are certainly noteworthy, and their romance is indeed quite sweet, but never does Elsa la rose find anything to comment on beyond what a generic PBS profile might find. And yes, Varda does direct with her signature style that is always unique and pleasant, but again, it never really calls for the engagement that Varda has spoiled us with holding. In the end, the film is perfectly watchable, but not too memorable.

I give Elsa la rose 4 revolving doors out of 7 childhood photographs.

Varda’s Mid-Sixties shorts are for me where some of her lesser works lie. However, while they might not be up to the standard of her best films, they all continue to demonstrate that Varda is just that good at what she does; even her lesser stuff is still completely enjoyable. Out of these three, the one to definitely check out is Salut les Cubains. Again, it really is one of my favorites.

Overall, I give Varda’s Mid-Sixties shorts 15 odes out of 13 boats of revolutionaries. Watch them now on The Criterion Channel.

Guess what, people: Agnès Varda is heading to America! In 1969, Varda released an off-the-wall, self-aware take on Hollywood. It featured two of the stars from Hair and received mixed reviews. How does it hold up today? Find out later this week!

Thank you for reading! Have you seen any of these films? Comment down below!

[…] I had to see, for posterity’s sake, what the service had to offer. As it turns out, it was a very mixed bag, but not without promise; for one thing, almost half the films were directed by women out of the […]

[…] less mistakes.” Towards the film’s conclusion, the narrative stops so Varda can show a short “documentary” on stars of the Golden Age; again we are denied the normal glorification of their lifestyle. Varda […]

‘Citizen K’ is an Urgent Document of Russian...