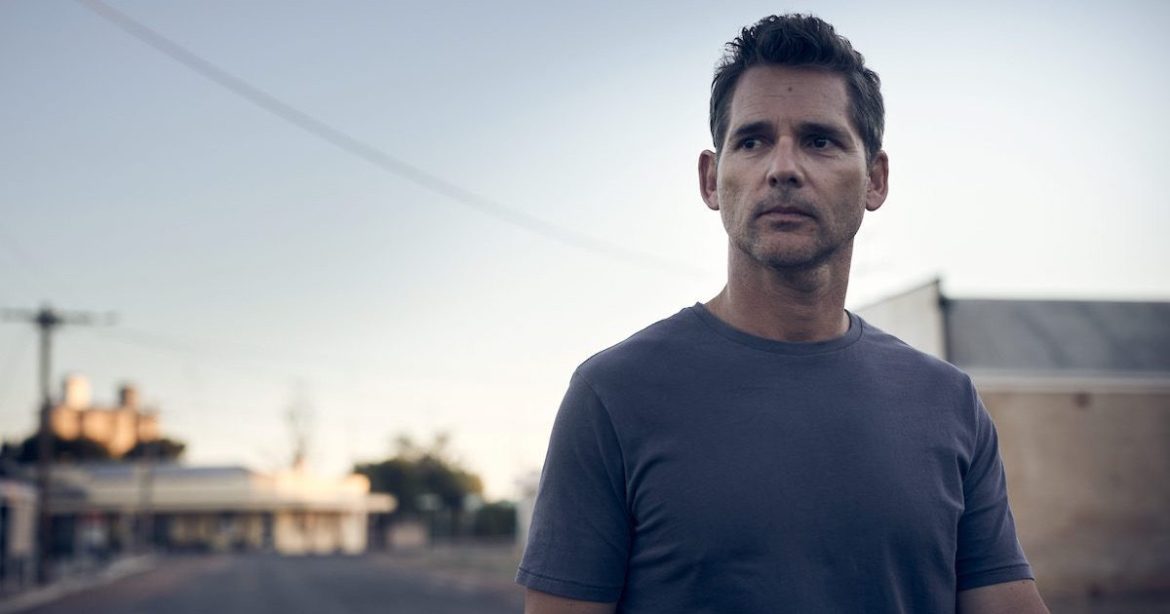 Welcome to the second installment of The Babble Down Under. This month,  I thought I’d change it up a little bit and not just review one film, but give a brief overview of the very unfamiliar territory the Australian Box Office finds itself in right now and the history that was recently made.

The Australian cinema industry, both in production and exhibition, finds itself in unfamiliar territory. We are one of the handful of territories around the world where COVID numbers are low enough for film projects to go into production within COVID-safe guidelines. Add in a $400m relocation incentive from the federal government and Australia is thrust into the international spotlight and becomes the envy of the filmmaking world, attracting major international projects to shoot down under. In the five months after the incentive was announced in July 2020, Ausfilm received $2.1b in production enquiries from 37 film projects all wanting to shoot in Australia. These projects have attracted the likes of Liam Neeson, Matt Damon, Melissa McCarthy, Zac Efron, and Mark Wahlberg among others to work on these lucrative productions and have reportedly created 11,800 industry jobs. Marvel has also announced that they plan to shift their headquarters from Atlanta to Sydney and shoot all their upcoming projects there ‘in the foreseeable future’.

However, it is a much different story when it comes to cinema exhibition. The international release schedule has dried up with many major titles getting delayed in the U.S. and U.K., providing a noticeably slight slate of current releases. However, this has proved to be a blessing in disguise for our local industry as it has provided an opportunity for Australian films to step up to the plate and have some box office success on their home turf for once. And much to my pleasant surprise, Australians have been going back to the movies in droves and actually supporting their own national cinema.

A few weeks ago, history was made. For the first time ever, three Australian films were in the top three of the Australian box office. The very next week, four of the top five films at the Box Office over Valentine’s Day weekend were Australian, locking the U.S. out of the top five. This is equally impressive considering the country’s second-largest state (and my home state), Victoria went into a five-day snap lockdown after a small spike in COVID cases and many cinema locations were forced to close that weekend. Here’s a quick overview of the four Australian films that took the reins of the Box Office in the absence of major releases that history-making weekend.

*All box office statistics are in Australian dollars ($AUD) and are correct as of end of February 2021.

The most recent Aussie film entry to the box office is this time-bending rom-com. Written and directed by Aussie actor and soon-to-be Kano, Josh Lawson, Long Story Short sees Rafe Spall as Teddy, a serial procrastinator who has just married the love of his life Leanne (Zahra Newman) after five years together. After their spontaneous wedding, Teddy wakes up the next day to find that his life is flashing before his eyes, with a whole year passing by every few minutes. As he experiences time like he’s living on the giant wave planet from Interstellar, Teddy must use every precious moment to save the love of his life and learn to love the life he is losing.

Personally, I found the film to be disappointingly average. The cast is all good and there are some great jokes, but it’s very inconsistent and does not carry off its tonal shifts from wacky comedy to sappy seriousness very well at all. The time jumps add an interesting layer to the film, but it is a cliché rom-com at the end of the day that just riffs of every popular time travel film that has ever been made, to the point where they are name-dropped at points in the film.

Released over Valentine’s weekend, Long Story Short opened in 4th place, earning just under $316k from 278 screens. The Victorian lockdown definitely impacted its opening, especially since it is a romantic comedy that opened on Valentine’s weekend, but those numbers are not too bad with all things considered. The film has so far made $694k, unfortunately not making much of a dent domestically. Perhaps the cast of Rafe Spall and Daily Show alum, Ronny Chieng will be able to sell the film overseas, so it will be interesting to see if this high-concept rom-com will do better internationally.

Read my full review of the film in my previous article in The Babble Down Under here.

High Ground, perhaps out of all the Australian films in cinemas right now, has probably been the biggest beneficiary of limited competition. Though it has made considerably less than the two films that will soon be covered in this article, High Ground has seemingly over-performed at the box office. Considering other films of its kind like Sweet Country and The Nightingale which captured the unflinching brutality of Australia’s colonial history both failed to make an impact at the Australian box office, High Ground passing the $2m mark domestically is truly impressive. After five weeks, High Ground has grossed a total of $2.52m at the Australian box office, with its largest expansion reaching 245 screens.

It may have gone direct to Netflix in the U.S. and other territories, but this based on a true story drama has been going strong at its domestic box office. Penguin Bloom stars Naomi Watts as a woman that experiences a deeply traumatic event while on holiday in Thailand (no, not that one) that puts her in a wheelchair. It’s a sappy, yet heartwarming film that shows how her relationship with her family and her pet magpie named Penguin helped her on her journey of healing. Along with Watts, the film boasts a strong cast including Andrew Lincoln, Jacki Weaver, and Rachel House.

Filling the typical mid-January slot for an inspirational family-friendly Australian film that centers around an obscure sport or a cute animal like Paper Planes, Go Karts, and the 2019 remake of Storm Boy, Penguin Bloom has proved to be a crowd-pleaser. It opened at #1 and is still in the top five after its sixth week. The film has grossed a total of $6.82m.

And now for the film that has been dominated the Australian Box office. A film that was #1 for five weeks and after two months is still well placed in the box office top three. It is of course Eric Bana’s long overdue homecoming to Australian cinema (thirteen years since 2007’s Romulus, My Father), the intense crime drama, The Dry, based on Jane Harper’s bestselling novel of the same name.

Bana plays Aaron Falk, a federal agent who returns to his drought-stricken hometown for the first time in over twenty years to attend the funeral of his childhood friend, Luke, who allegedly murdered his wife and child before taking his own life. Falk reluctantly agrees to stay and investigate the case, but his return to this shattered community opens up old wounds of the unsolved death of a teenage girl, which many believe he was involved in.

While it does have the “Australian town with a dark secret” cliché that is done to death in Australian literature, TV, and film, The Dry does it well. It has compelling characters, an intense atmosphere, and like all good Australian films, uses the environment in an effective way to the point it becomes a character of its own. However, the flashbacks don’t work as well as they should and the film’s climax that involves a laughable use of slow motion is really silly, but it’s a riveting character piece overall with a great performance from Bana, and the Australian public seems to think so too.

Opening on New Year’s Day, The Dry went up against Wonder Woman 1984 and The Croods: A New Age in its first weekend. But it had a strong opening with $2.6m from 421 screens, coming in third place behind the aforementioned films. Good critical reception and strong word of mouth elevated the film to #1 for the next two weeks. Penguin Bloom took the top spot the next week, but The Dry reclaimed the top spot for the next three weeks until it was dethroned by The Little Things two weeks ago. After eight weeks, the film is still showing on 306 screens and has grossed a massive total of $18.83m and is currently the 14th highest-grossing Australian film of all time at the Australian box office.

And America will not have to wait too long to see this box office juggernaut. IFC recently acquired the North American distribution rights and it will be released in theaters and VOD on May 21st.

Thank you for reading! What are your thoughts on Long Story Short, High Ground, Penguin Bloom, and The Dry? Comment down below!

For Better or (Mostly) Worse, ‘The Kissing Booth...