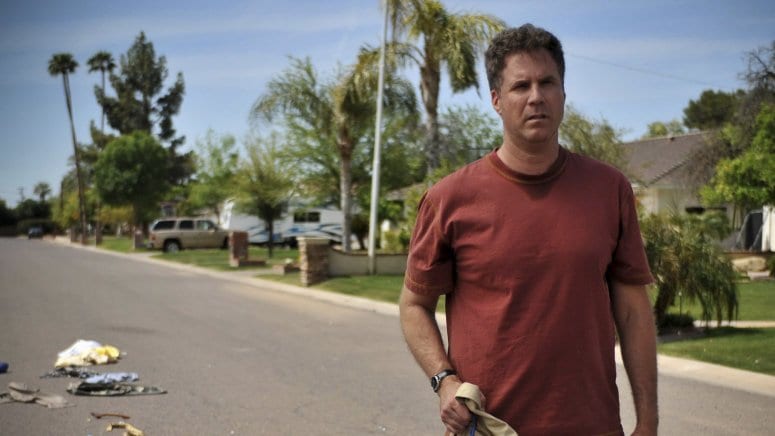 This week’s Netflix review discusses a little seen movie entitled Everything Must Go starring Will Ferrell.  Based on a short story by Raymond Carver, Everything Must Go received predominantly positive reviews from critics upon its release but failed to cut out an audience for itself and has since become largely forgotten.  So you can possibly watch the movie for yourself, the following review will be spoiler free.

Everything Must Go is directed by Dan Rush and stars Will Ferrell, Michael Pena, and Rebecca Hall.

The film follows Nick (Ferrell) who gets fired from his job as a salesman.  The same day, Nick comes home to find out that his wife has left him after his actions came into question at a recent business trip.  He quickly learns that she also changed the locks on their home on top of dumping of all his belongings out onto the front lawn.  In order to fend for himself, Nick holds a yard sale on his front lawn with all of his belongings that strangely becomes something more.

We all know Will Ferrell from his outrageous comedies such as Step Brothers, Anchorman, and Talladega Nights.  He’s even had some hilarious cameos in other top notch comedies.  In either situation, Will Ferrell is seen going absolutely crazy, pushing all subtlety to the wayside.  While these moments are exceedingly funny, each movie further typecasts Ferrell as an actor that is known only for flipping out and acting foolish.

Many fail to realize that Ferrell is a really talented individual.  Stranger Than Fiction, which hit theaters in 2006, tapped into the more subdued side of Ferrell, showing that he’s more than man with a great yell.  We’ve seen him show significant heart before (even in his comedies), so I was very intrigued to see how Ferrell would do in a more calm movie that still has some comedic elements to it, allowing for his performance to have an extra amount of dramatic heft.

While Everything Must Go is a little inherently flawed, it can still be a rewarding movie experience if you watch it with the correct frame of mind.

The obvious point to discuss first is the performance of Will Ferrell.  He has a few moments of comedy (it be silly to cast him and not take advantage of his comedic timing), but he plays it straight for the most part, giving a mostly subdued performance that is incredibly touching.  His character is very damaged, having a bunch of terrible things happen to him in a very short amount of time.  Will Ferrell does such a great job of carrying all of the weight of his character in his face and mannerisms, allowing for less needless dialogue.  I wish Will Ferrell would go after these types of roles more often, because he really is a solid actor with a true talent for expressing emotions non-verbally.

He plays a drunk, but he doesn’t try to overact to prove to everyone that he’s great at acting inebriated.  From his somber mood, you can tell that it pains him to continue to drink since its what got his character into trouble in the first place.  It’s amazing to see such a layered acting performance from the same man who licked petrified dog crap in a past movie. 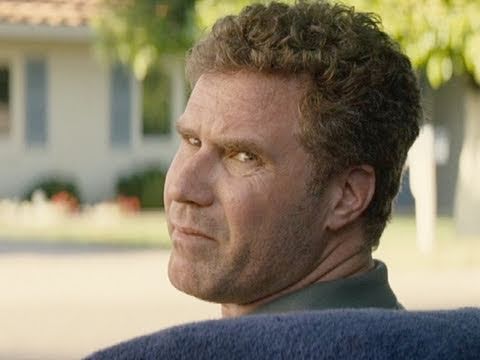 However, despite its short 97-minute run time, Everything Must Go definitely drags at times.  You can feel that the writers had to stretch the material from the short story into a movie long enough for a theatrical release.  A couple scenes linger on too long, leaving the movie a little drab and unappealing.  It definitely feels closer to 127 minutes than 97 minutes of run time.  Because of this, the movie feels sort of like it’s about nothing at times, which is a shame since the movie has a nice message underneath the surface.

Moreover, rather than a fascinating look into the more serious side of Will Ferrell, there’s nothing all that remarkable about this movie.  None of the other actors have a compelling enough performance for you to latch onto them as characters or remember anything about them after viewing the movie.  As I’m writing this review only hours after viewing the movie, I’m having trouble recalling the names of characters.  The one other performance that’s a nice little touch to Everything Must Go is by Christopher Jordan Wallace as Kenny (I had to look up his name to mention him here).  He and Will Ferrell have a nice little relationship that grows throughout the film, giving Ferrell’s character a buddy in his time of need.

image via Gossip on This

Everything Must Go, however, does have some really nice symbolism and use of metaphors to make the story go a little deeper than your typical movie about a guy down on his luck.  The plot plays into the idea letting go of your mistakes that you made in the past since you can no longer change what happened.  The most important thing to do is to move on and start anew, sometimes even with a clean slate.  This concept is certainly a nice, heart-warming addition to this straight-forward story.  Everything Must Go does a nice job of showing restraint by not beating the movie’s message to death.

Overall, Everything Must Go is worth watching for a great performance against type from Will Ferrell and contains a nice message, despite the film not being all that memorable.  It gets a B-.  This movie is harmless enough to be enjoyed during your next Netflix binge session.

Thanks for reading!  Have you seen Everything Must Go?  Comment down below with your thoughts!

There’s some interesting symbolism at work in this film in that his dysfunction is (literally) sitting right out in the open, while his neighbors do a better job of concealing theirs. I like it when someone forces Will Ferrell to be a disciplined performer. He’s usually up to the task.

Totally agree with you there. Nowadays movies just rely on Ferrell to act crazy without providing him much of a script.

Hey- thanks a lot for following my blog! Your support means a lot :) And great site; I love chilling out with a movie, so will definitely use this as a way of finding good ones. Hope to hear more from you!

For me, It was just OK. But I’m sure that 90% of that reaction is the fact that I saw it had Michael Pena and Will Farrell and expected laughs. It was good for what it was though.

I feel like that’s one of the reasons the movie failed to gain any type of popularity. People when into the movie thinking they were getting a romp but then were sadly mistaken.