For decades, Jackie Chan has displayed his signature fighting style in a wide variety of American and foreign films.  Now, he’s back with a suitably different approach in The Foreigner, a revenge thriller from Martin Campbell, the director of Casino Royale.  The following review will be spoiler free. 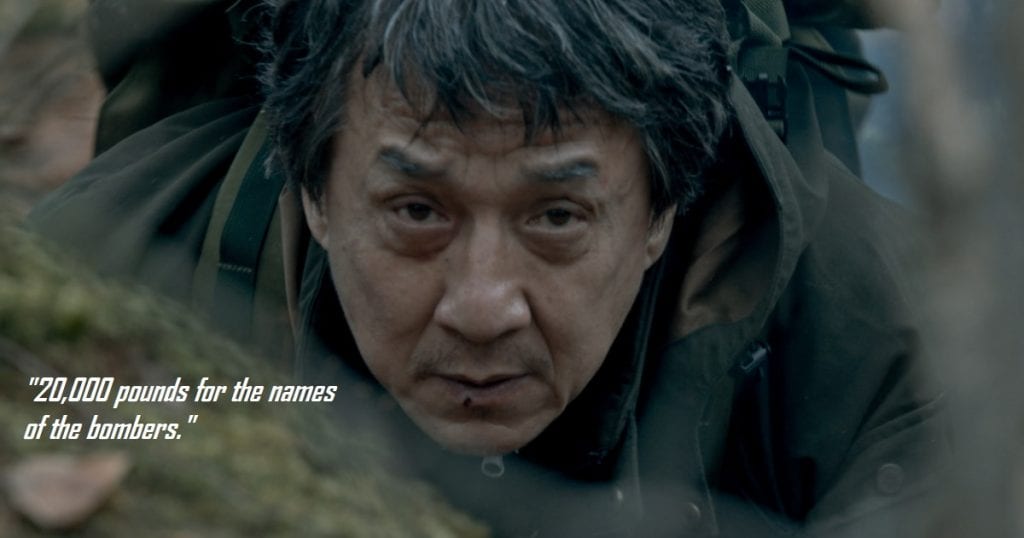 Quan (Chan) is a respecitable business man whose past has left him with only one love left in his life, his daughter.  Unfortunately, Quan’s daughter is killed in politically-motivated terrorist attack, forcing him to do everything in his power to uncover the identities of the bombers.  His quest causes him to cross paths with a shady British government official (Brosnan) that holds the clues to discovering the the truth, generating even more misdirection and crime.

The Foreigner is the latest film from STX Entertainment, a distribution company that hasn’t exactly had the greatest success with their recent films.  While the company started off nicely with films Like Bad Moms, The Gift, and The Boy providing quality returns at the box office, the company has hit a bit of a slide, taking serious losses on its higher budget films.

The biggest disaster came from this year’s Valerian and the City of a Thousand Planets, which had a reported budget of $232 million.  The film opened to a sub-$20 million opening weekend in the United States, failing to make back it production budget in its theatrical run.  Using the standard x2.5 rule for earning a profit on a film, the film lost about $354.8 million.  Ouch.

After the film left theaters, a major shake-up occurred at STX with high ranking executives getting fired.  Although The Foreigner was mainly produced under the old management team, expect serious changes from the company moving forward as they work to get their footing among the main players in Hollywood.  Otherwise, STX Entertainment may fade into oblivion. Chan and Brosnan are dynamite as the two leads, acting against type in roles that really stretch their acting muscles.

We all love Chan from his fun films like Rush Hour, but The Foreigner allows him to show a different side that we rarely see.  His character is a very broken man.  He’s lost everything, containing nothing but rage and confusion within him.  Shockingly, Chan’s performance becomes quite moving at times.  There’s an added amount of weight to watching a man we’ve loved for so long look so defeated.  His eyes tell his entire story.  Whatever problems The Foreigner has, Jackie Chan definitely isn’t one of them.

However, it’s actually Pierce Brosnan who steals the show.  Sporting his native Irish accent, Brosnan is given a lot to do here.  He’s given a lot of meaty dialogue to espouse, and he does it with conviction that I haven’t seen in quite some time.  He has a very intense look in his eyes, commanding your attention even if he’s spouting some mundane piece of dialogue.  Brosnan’s presence is unmatched, acting as a proper foil to Jackie Chan. 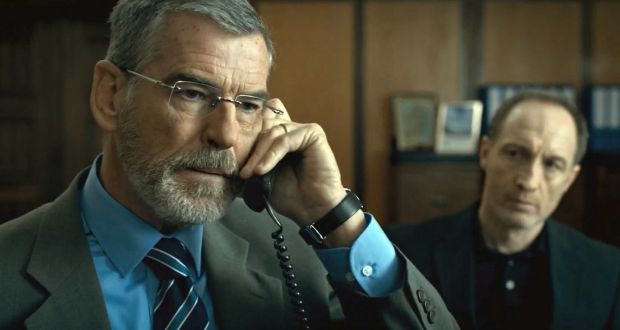 These two work perfectly off each other, providing fascinating characters that have very different agendas.

The Action is Great…When It Actually Occurs

For those looking for a Jackie Chan action flick, you’re going to be disappointed.  The Foreigner is predominantly a political thriller focusing on factions of belief in Northern Ireland.  Sure there’s fleeting moments of great fight choreography from Chan, but you’ll have to sit through long discussions pertaining to the IRA to get them.

This notion isn’t necessarily a bad thing.  In fact, a well-told political thriller can provide great entertaiment.  However, the clash between the action and politics is just too jarring to ignore.  The Foreigner can’t quite figure out if it wants to be either, which leads to it ultimately failing in both.  Having serious political discussions while Jackie Chan makes a fire in the woods just doesn’t work.  Chan is actually forgotten about for quite some time in order to properly set the scene for more talking.

For this clash to work, better pacing and structure would have been required.  It never feels like Chan is given enough screen time in his own revenge story.  As a result, The Foreigner just feels like a wasted opportunity.

To make matters worse, Martin Campbell resorts to very (emphasis on the very) tired cliches to power the story.  To sum up this idea, Chan burns up an old photo of his daughter after she dies.  How original!

Nothing about The Foreigner feels inventive or fresh.  Unfortunately, there’s really nothing that you can truly recommend about the film as nothing grabs your attention.  Everything is so bleak and drab that it just blends together with all the other political thrillers out there.

Every so often, it appears that the film is going to take a left turn and become something different.  But, that just isn’t the case.  For a film that has Jackie Chan in it, The Foreigner just feels incredibly safe and predictable.

As the great Gene Kelly once said, “If you’ve seen one, you’ve seen them all.”  In this particular case, that saying couldn’t be more apt.

The Foreigner boasts some serious talent, headlined by a two standout performances from Jackie Chan and Pierce Brosnan.  However, the film doesn’t really provide much to savor, making a viewing of the film highly optional at best.  Rather than deliver on the possibilities of a Taken style film with Chan in the middle (or a well-told political drama for that matter), The Foreigner settles for a slog that dives deep into the inner machinations of the radical IRA without offering characters with proper motivations to make any of it very compelling.  It gets a C-.

Jackie Chan remains as wonderful as ever.  However, he’s trapped in a movie that just doesn’t highlight him enough. Thanks for reading!  What are your thoughts on the Foreigner?  Comment down below!

Wanna write for MovieBabble? Go to the following link on your desktop to submit an application!: https://moviebabble971852905.wpcomstaging.com/join-moviebabble/