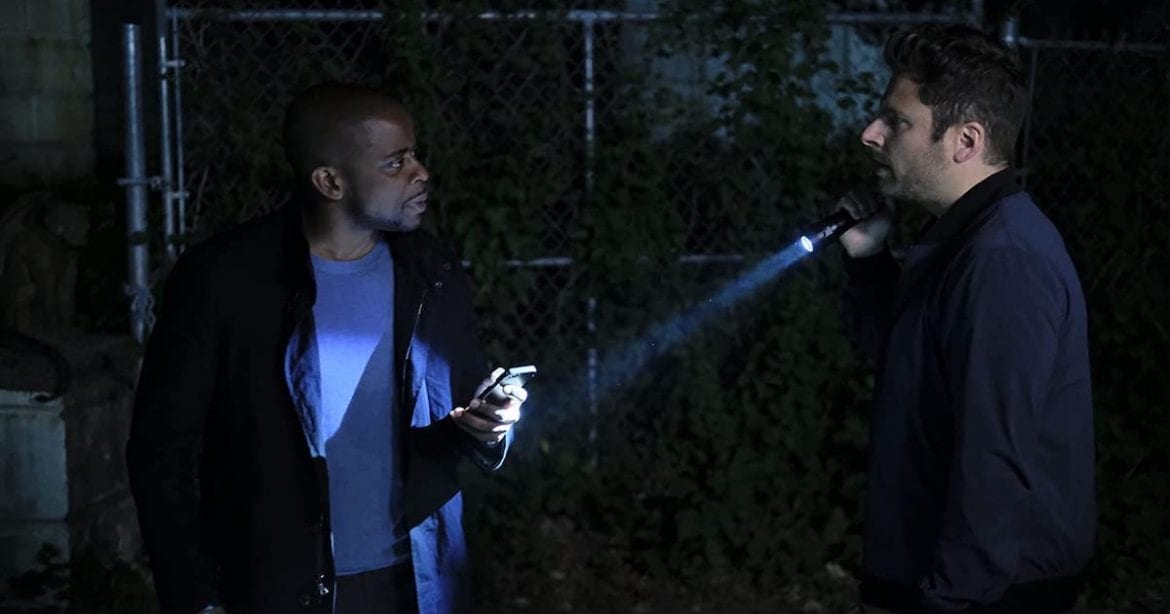 Some TV shows we (mostly I) just can’t let die. I personally cannot watch the final episode of M*A*S*H because it makes me so sad to say goodbye (also, it’s three hours long and I don’t have that kind of time.) However, some TV shows know that we can’t live without them, so they film reunion movies.

Some of these reunion movies are short and almost like another episode, much like the upcoming Parks and Recreation and Friends reunions are projected to be. However, some could qualify as full-fledged movies, like Psych the Movie (2017). Today, we’ll be ranking some of the ones that are more movie-like in quality — the ones that made us reminisce about our favorite TV shows all over again.

Of course, none of these movies could ever hold a candle to the original series, but they’re always a nice bit of nostalgia for fans of the show.

Return of the Beverly Hillbillies (1981)

Get Smart Again! has all the zaniness that Get Smart had and more. Maxwell Smart (Don Adams) is called back into action again when KAOS returns with a weather machine that will wreak havoc on the world. It’s a good thing he still has his shoe phone handy! Barbara Feldon also reprises her role as Agent 99, the more competent half of the pair of spies. With the two of them back together again, beating KAOS is a cinch. Get Smart Again! is a near-perfect reunion movie because it incorporates everything we loved about the TV show without trying to be too nostalgic. It has inside jokes but it also has hilarious one-liners and random bits that make it worth a watch.

Perry Mason is the OG badass lawyer. No other lawyer has as cool a theme song as him (although Matlock comes close). Perry Mason Returns is the best out of the many reunion movies that spawned from the original show. In this movie, Mason (Raymond Burr) gives up a judgeship to defend his former secretary who’s been accused of murder. Of course, Barbara Hale magnificently reprises her role as Della Street the secretary. Aside from the fact that it’s clearly the 80s, it’s almost like nothing changed from the original TV show. Perry Mason Returns is just as fun and suspenseful and snappy as the TV show.

Who loves ya, baby? Kojak does, of course! Bad boy Kojak (Telly Savalas) is the coolest cat in the city, sucking on his lollipop and solving cases left and right. Kojak: The Belarus File has all the coolness of the original TV show with a brand-new plot. For this one, our favorite detective teams up with a federal agent to solve a conspiracy that hearkens back to the Nazi occupation of the Soviet Union. That’s right — we get cool cat Kojak and 80s Cold War plot all in one! It’s the perfect reunion for my man Kojak and a beautiful tribute to the original series.

I feel like there are like a million different Waltons reunions, but this one is the best. A Walton Thanksgiving Reunion captures the nostalgic, warm spirit of The Waltons perfectly. Oddly enough, I think the main plot point of this reunion film is pretty dumb — it has a focus on the assassination of President Kennedy, which happens during the Waltons’ Thanksgiving. What I really love about this movie is all the family relationships and troubles that they experience together, as that was what The Waltons was all about. And what better way to depict family then at the most family-oriented holiday of Thanksgiving?

Little House on the Prairie always had a flair for the dramatics and Little House: Bless All the Dear Children really isn’t much different. Laura Wilder (Melissa Gilbert) and her husband Almanzo (Dean Butler) are preparing for Christmas with their little girl, Rose, when she is kidnapped by a woman who lost her own child. Yep, as melodramatic as that sounds, it is even more dramatic when you watch it. Laura, Almanzo, and the lovable Mr. Edwards (Victor French) set out to find the little girl as they all rediscover their family ties and the love they have for one another. I’ll admit, this one is a bit of a guilty pleasure, mainly because any fan of Little House has to have a love for drama and this reunion film satisfies that need very well.

I’ve always thought that Gilligan’s Island was kind of hokey, but it’s up this high on the list because it brings the TV series to the satisfying conclusion it never received. When Gilligan’s Island ended in 1967, the castaways were still stuck on the island. However, The Castaways on Gilligan’s Island finally gives the gang the happy ending they were hoping for. After a mishap with a World War II bomber and Gilligan jumping out of the plane, the gang is finally rescued by a US Navy ship and turn the island into a resort. The film wraps things up quite nicely with that zany Gilligan’s Island touch.

Note: I know there were a few other reunion films that also answered the question of whether they got off the island, but I personally think this one had the best conclusion.

You wanted cheesy? You will get cheesy to the max with A Very Brady Christmas. As with any TV show reunion that involves a family, all the members of the family return with their own problems and all is not well. However, through the magic of television and nostalgia, all of their problems are reconciled and a joyous Christmas is spent together. One thing that I love about this reunion special is the fact that it doesn’t rely on nostalgia too much. Instead, it embraces the new decade it finds itself in and brings all of its characters and plot points into a new situation, shedding new light on them. Also, I love Alice (Ann B. Davis), and getting to see her again is the best part about A Very Brady Christmas.

If it wasn’t a reunion movie for Gunsmoke, I would think that this was just an entertaining western. But then I see Matt Dillon (James Arness) and I know I’m in for a wild ride. In this heart-pounding follow-up to the popular TV series, Will Mannon (Steve Forest), a convicted outlaw, has escaped prison and is out for revenge on the people who put him there: Miss Kitty (Amanda Blake) and Marshal Dillon. I am a huge fan of this film mainly because I love that it plays out like a good western: horses, gunfights, a little bit of blood and gore, revenge, and some beautifully picturesque scenery. Everything comes together swimmingly to make this reunion movie a fun one!

The Andy Griffith Show has always had a special place in my heart. I always wanted to live in a place like Mayberry, with a sheriff like Andy Taylor, a friend like Barney Fife, and an aunt like Aunt Bee. Return to Mayberry pays homage to the original series with grace and a love for the show. Everything progresses along just beautifully. Every character has had some development and yet things still retain that down-home Mayberry feel that made The Andy Griffith Show so special in the first place. Return to Mayberry is the perfect splash of nostalgia for any fan of the show.

This is my list so I get to put my favorite show on top. Psych the Movie was surprisingly good for a reunion movie. Of course, like any reunion film, it relied on nostalgia and inside jokes to keep the audience laughing, but I didn’t much mind with this one. Maybe it was the fact that the reunion film was made only three years after the show ended, but it just felt like a natural extension of the original series. Seeing Shawn (James Roday) and Gus (Dule Hill) back at their antics was hilarious and it had that spike of drama that made every Psych episode worth watching; I was also a big fan of seeing Maggie Lawson and Timothy Omundson again, as their performances (short as Omundson’s was) were fun. It only makes me more excited for Psych the Movie 2: Lassie Come Home to come out later this year!

Thank you for reading! What are your thoughts on the top 10 TV show reunion movies? Comment down below!

Don’t Judge a Movie By Its Cover: Knocking...