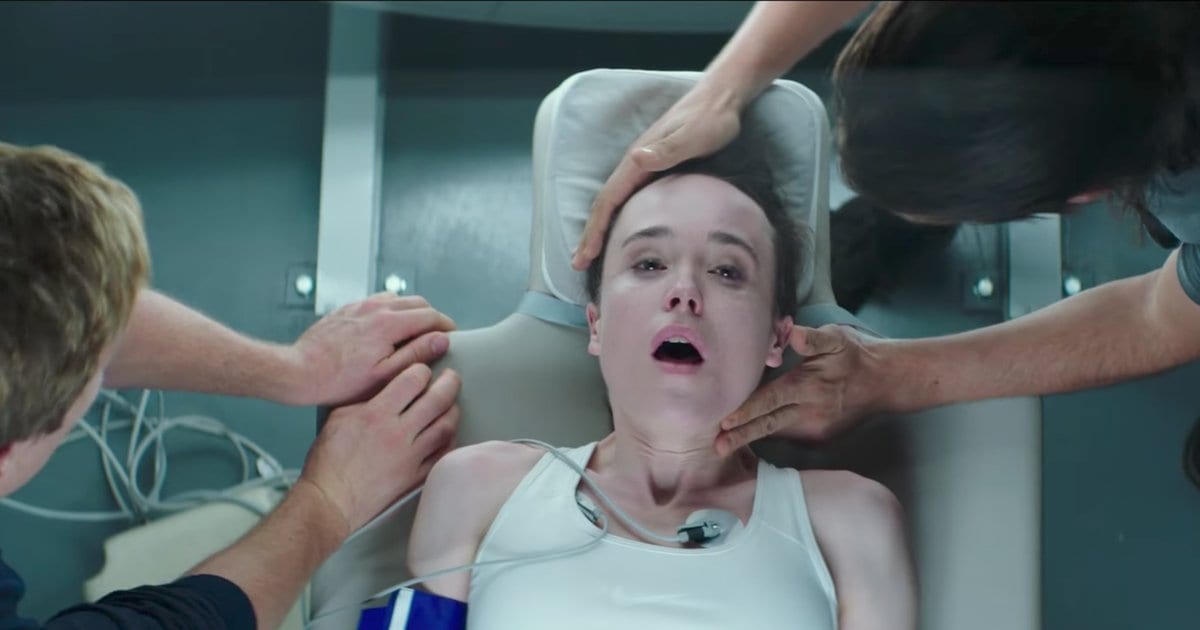 Although September injected some much needed life back into the box office, there was still some seriously bad movies in terms of quality.  September can always be sort of a crapshoot, and September 2017 proved that to be very, very true.  An honorable mention for the worst movies of the month goes to Darren Aronofsky’s mother!  We get it Darren, you’re a genius.   Below are your worst movies of September 2017.  Be thankful that I saw them so you didn’t have to.

Home Again should have been named White People Problems…The Movie!

I guess Reese Witherspoon is likable, but Home Again falters from people having fake issues that never come close to becoming believable.  This is one of those movies where people live in expensive houses while wearing the latest Fall line from J. Crew without really having jobs.  Witherspoon is a freelance interior decorator, whatever that means.

The film suffers from a strict filmmaking perspective due to its plot, or lack there of.  Similar to the Oscar-winning Suicide Squad, things just sort of happen.  Conflicts arise and get solved within a matter of moments only to be quickly forgotten.  But hey, at least that sweater from Banana Republic that you wanted looks nice!

*To read my full review of Home Again, click here.

Friend Request is probably better than it should have been, but that’s not even saying much.  It has the usual issues of any low-budget horror film: flimsy characters, a ludicrous plot, spotty acting, etc.  However, all of this could have been forgotten if Friend Request had done one thing: scare me.  The film is absurdly uneventful, dragging out its nonexistent scares for several minutes so that the film could make it to a feature-length film.

To make things worse, the motivations for the killer are all wrong.  For all intents and purposes, the main character is a nice person that really doesn’t deserve the revenge that she receives.  She acts as any sane person would to a stalker by cutting that person out of her life.  Seems reasonable, right?  Not according to the writer!  Instead, she’s an awful human being for wanting to protect herself.

Friend Request is so incredibly unscary that you’ll probably find more creepy imagery from Inside Out.

*To read my full review of Friend Request, click here.

Flatliners is one of those movies that comes around every so often that just doesn’t have any redeeming qualities that make it watchable under any circumstance.  There’s no scares, a boring plot, dull characters, a lifeless setting, you name it.  The acting is fine (Ellen Page is always great), but they aren’t giving anything to do and by all accounts are pretty unlikable people within the context of the film.

The movie tries to become a commentary on the idea of sin, but everything is just so muddled that we never get a feeling of cartharsis or closure.  Like Home Again, things just happen, and then we forget about them.

At its core, Flatliners is just a cheap knock-off of a somewhat popular cult favorite from the 90’s in order to make a quick buck.   I see what you’re trying to do, Sony!

*To read my full review of Flatliners, click here.

Thanks for reading!  What are your thoughts on the worst movies of September 2017?  Comment down below!

I have to admit, I’m a sucker for movies like Home Again. Don’t know what it is, but, there you have it. Sort of a guilty pleasure. I didn’t get a chance to see Friend Request and Flatliners was just … meh. Here are my bottom three movies for September (none of which were horrible, but just left me wanting so much more): 3) mother!; 2) Battle of the Sexes; 1) Brad’s Request.

That is, Brad’s Status.

Aww you didn’t like Battle of the Sexes or Brad’s Status? I was looking forward to both of those

Yeah, I was looking forward to them as well, and Steve Carell, Emma Stone and Ben Stiller were all amazing. Yet I felt there was a lot of potential that didn’t seem to manifest itself, leaving me a little cold and distant.

Bummer, once my schedule clears I’m going to try to seek those out and I’ll see how I feel

Oh man, that’s a bummer about Flat Liners. I saw the trailer and it looked pretty good. I’ll wait for it to hit Playstation and rent it from there. Same with Friend Request. The boyfriend and I like to do bad movie night and those movies seem to be perfect for it. lol.

Ugh, I thought remaking Flatliners was a bad idea. You know what Friend Request reminds me of? That horror movie they make fun of in Forgetting Sarah Marshall.

Lol thats such a funny catch! I hadn’t thought of that!

What?! They did a remake of Flatliners?!