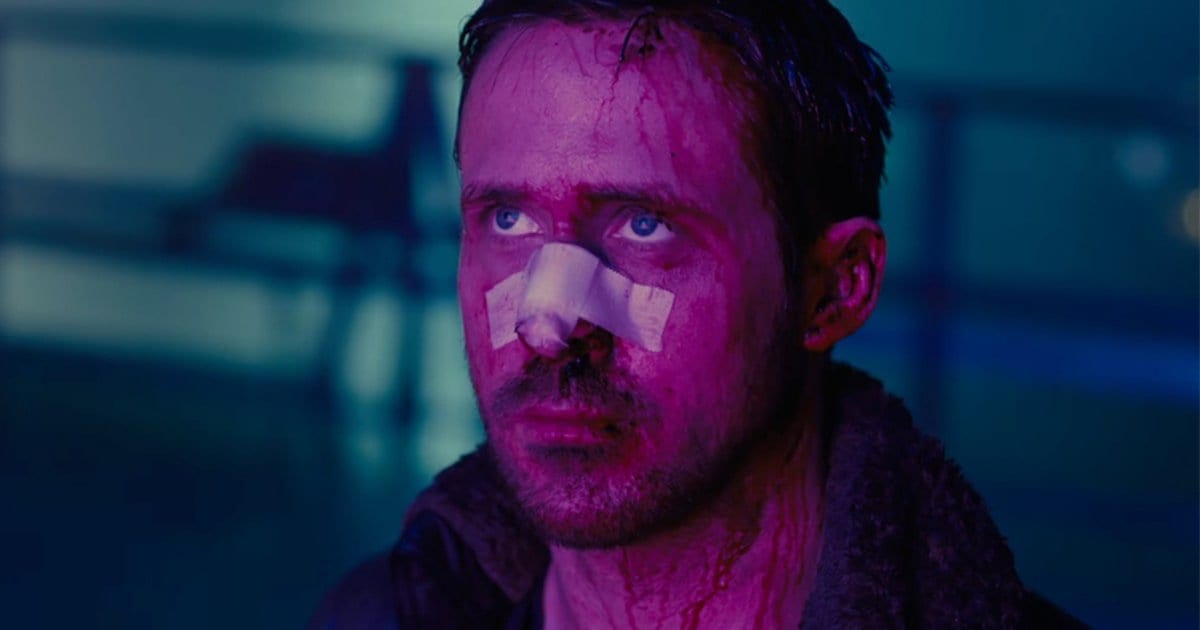 October had some interesting developments, including a big step forward for Netflix’s original programming.  While there was still a lot of sludge to sift through, that topic is better for another article altogether.  Instead, let’s keep it positive and run down the best movies of October 2017:

The run of Stephen King movies continues as 1922 is another successful King adaptation in 2017 to start off the best movies of October 2017.  With news that a reboot of Pet Semetary is on the way, this trend may continue many years into the future.

1922 rests mostly on the shoulders of an unrecognizable performance from Thomas Jane in the lead role.  He provides all the gruff and twang that you would ever expect from a midwestern farmer.  He shows seriously stunted emotions that match the character’s personality.  His stare is piercing and his actions are reprehensible, but you can’t take your eyes off of him.

There’s a wonderful sense of atmosphere on display in this film.  1922 takes its time to set up the feel of the film.  There’s an urge to squirm in your seat when nothing happens.  The film just does such a great job of setting the scene with the help of an amazing score.  Although many will find the film boring or overly long, it’s still a rewarding watch for those who look forward to a layered, introspective movie. 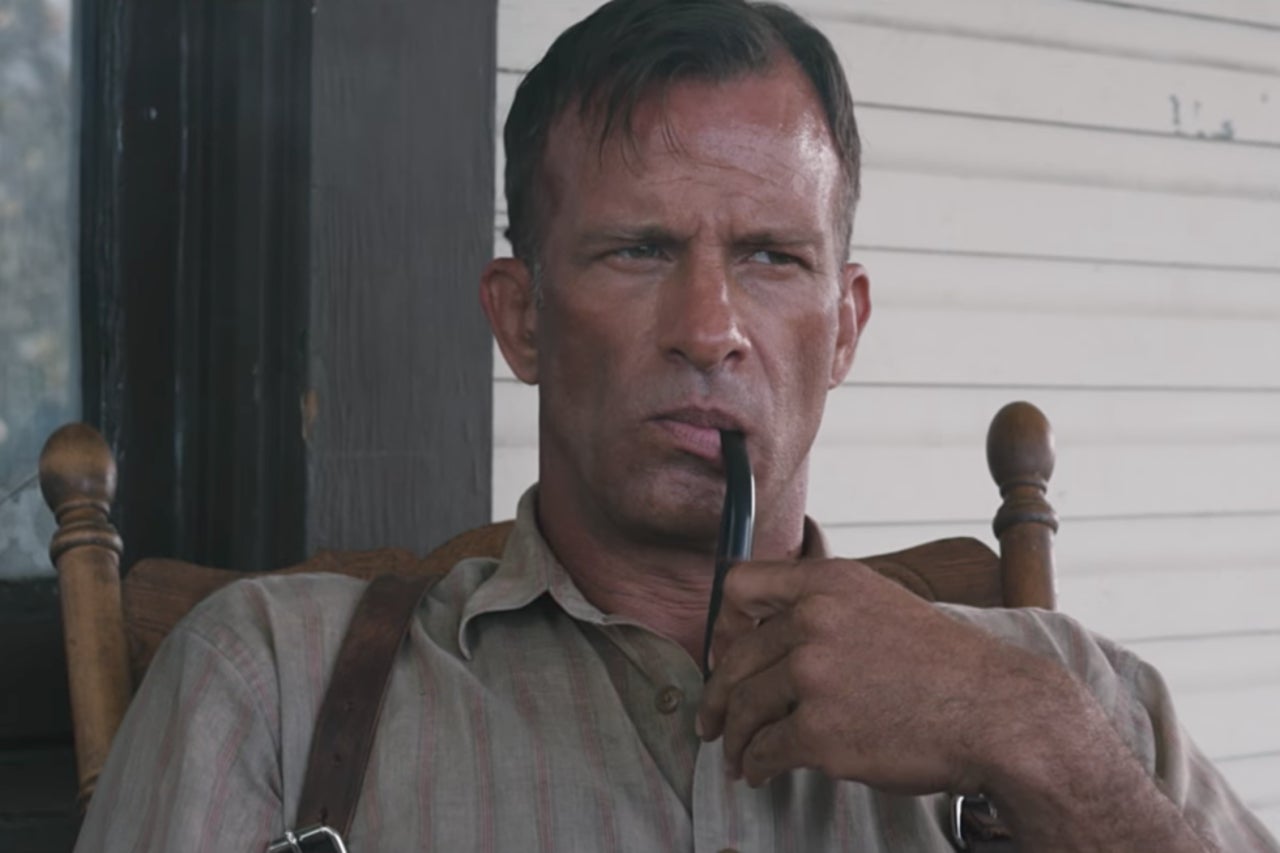 #2: The Meyerowitz Stories (New and Selected)

It’s films such as this one that make me wonder why Adam Sandler ever chooses to act in comedies that cater to the lowest common denominator.  The Meyerowitz Stories once again proves that Sandler is a terrific actor that just needs the right material in order to succeed.  Sandler displays a very layered performance that is among one of the best of his career.  In fact, the entire cast led by Ben Stiller and Dustin Hoffman provide wonderful performances that follow the film’s subdued nature.

Many might find The Meyerowitz Stories dull.  There’s really no big resolution or change made in the lives of the characters.  People might leave wanting a bit more.  However, that isn’t what the film is shooting to accomplish.  Instead, writer/director Noah Baumbach focuses on the subtle details of family life that don’t always cause sweeping changes to a person’s life.

The Meyerowitz Stories is a quiet, quirky film that isn’t exactly for everyone, but it is certainly rewarding to those who give it a chance.

*To read my full review of The Meyerowitz Stories, please click here. In this critic’s humble opinion, Blade Runner 2049 somehow managed to improve upon one of the most influential science fiction movies of all-time, easily becoming one of the best movies of October 2017.  Rather than continue the meandering, often frustrating structure that the original Blade Runner contained, this sequel has a plot that becomes juicier with every twist and turn.

Denis Villeneuve was the perfect choice to direct.  The tone of 2049 is perfect, matching that of the original while not afraid to pave new ground.  Ryan Gosling and Harrison Ford need to be commended for their performances as they both really brought their A-game.  Ford in particular offers his best performance in years.

After a few weeks in theaters, Blade Runner 2049 has only made about half of what studios projected it would need to turn a profit.  This news is such a downer considering the amount of skill on display in the film.  Give this movie your money and go see it before it’s too late.  It’s a sweeping, epic story that ranks among the best sequels ever made.

Thanks for reading!  What are your thoughts on the best movies of October 2017?  Comment down below!

Netflix has been releasing some really great original movies. Have you seen The Babysitter? A solid film, more entertaining/clever than most of what’s come out of Hollywood lately.

I have not! But I might check it out soon!

Thanks Nick. I don’t get Netflix, so I couldn’t check out the Adam Sandler movie, and I don’t believe I’ve ever heard of 1922… was that also on Netflix (or maybe Hulu or Amazon)? As for Blade Runner, though I also found the film better than the original, I still felt it was a little too cold for my taste, and perhaps a wee bit long. Had it had a slightly tighter runtime, it may have been a different story! NO, my top 3 is an eclectic batch, which I’m not sure if you’d agree, but it is what it is:

3) Jigsaw (like you said in your review, it may not convert non-fans, but fans of the franchise, as I am, will most likely find this one gives the waning series a good jolt); 2) Goodbye Christopher Robin; 1) Only the Brave (Big sucker for these types of films, and the acting was all on point)!

Another fine monthly recap from you, good sir! From checking out your review of “1922”, it continues to help me appreciate how understated and underrated Thomas Jane is as an actor. He’s my favorite portrayal of the theatrical-released Punishers and even he reprises the character in a 10-minute fan film directed by film & music video director Phil Joanou called “The Punisher: Dirty Laundry” (which you must check out, since it’s only 10 minutes long). Plus, he voiced the titular character in the DC Showcase short “Jonah Hex”. He’s got a southern accent there too, so check that out and my review of it on my website. Next, it is a huge breath of fresh air to hear about Adam Sandler actually giving a crap in something that’s not a generic, auto-pilot comedy for the 1 billionth time. May he keep this up and resurrect something that was once his career. Finally, I’ve seen Blade Runner 2049 once and enjoyed it. It saddens me to hear that it’s not doing so well at the box office, since it feels like a general audience doesn’t want to use its brain when watching a movie (I blame Michael Bay-esque films for this). I plan on seeing this again, but with my parents since they love the original Blade Runner.